We’ve all seen paintings of dresses from other eras that look as though they would have taken months, if not years, to complete. The pearl-covered gowns and ornate lace collars of Queen Elizabeth I come to mind. Though few and far between, there are dresses like that from the 20th century as well. One such dress from 1903 was created by the House of Worth and is so detailed as to be nearly-unreplicable today. 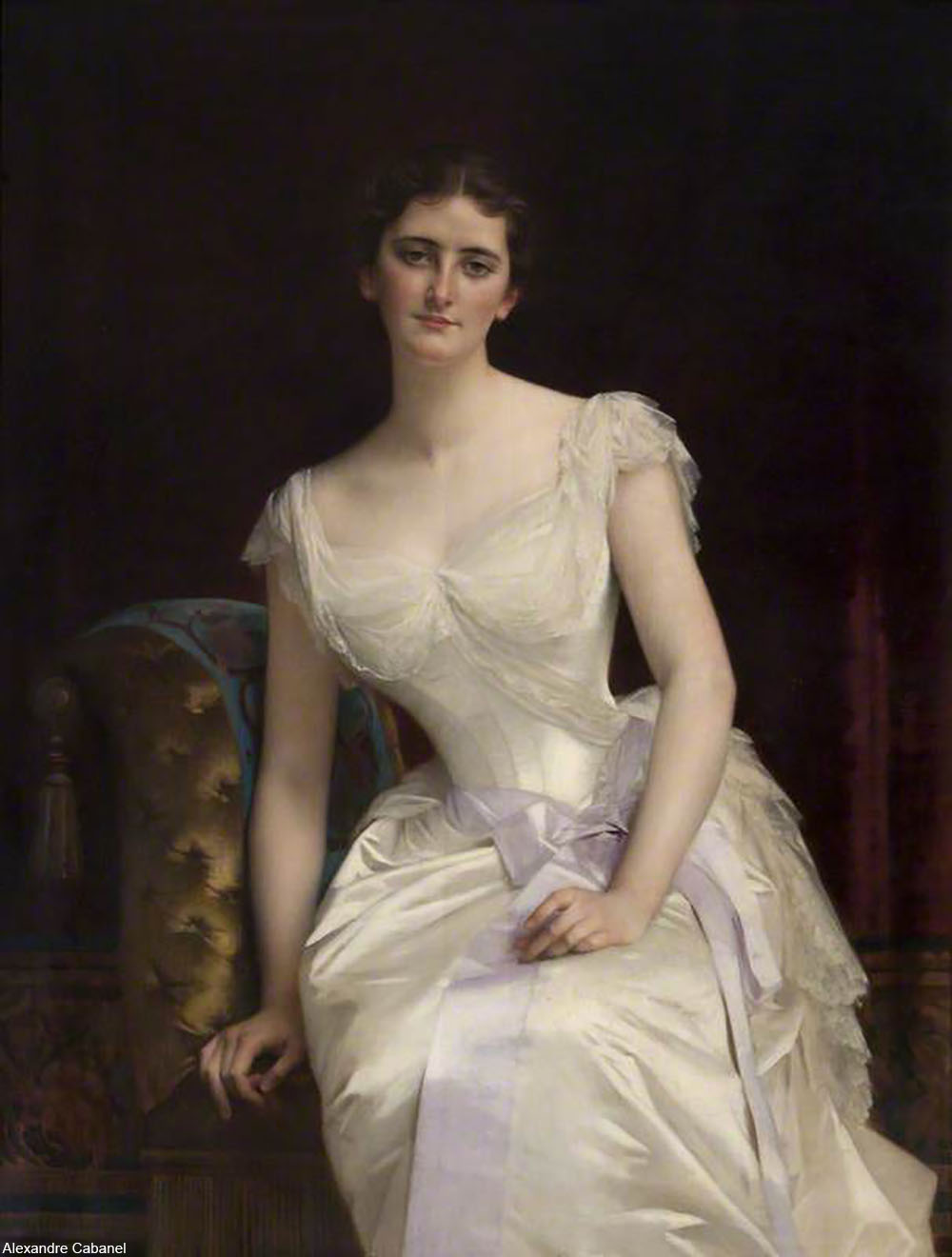 Lady Curzon when she was known as Mary Victoria Leiter in 1887. Via/ Wiki Commons

The gown in question was created for an American woman named Mary Curzon. Mary was an heiress to her father’s dry goods company, Field and Leiter, which later became part of the lucrative Marshall Fields chain of stores. She married George Curzon, heir to the Barony of Scarsdale and conservative Member of Parliament. Mary was one of many so-called “dollar princesses”: American heiresses who married English nobility. These women were courted for their wealth in order to help out noble families who saw their fortunes declining around the dawn of the 20th century. In exchange, they lived lives of splendor and gained noble titles.

Lord and Lady Curzon would end up in India, then a part of the English Empire. Lord Curzon was made Viceroy of India, which made his wife the Vicereine- the highest a title that a woman in India could hold at the time. 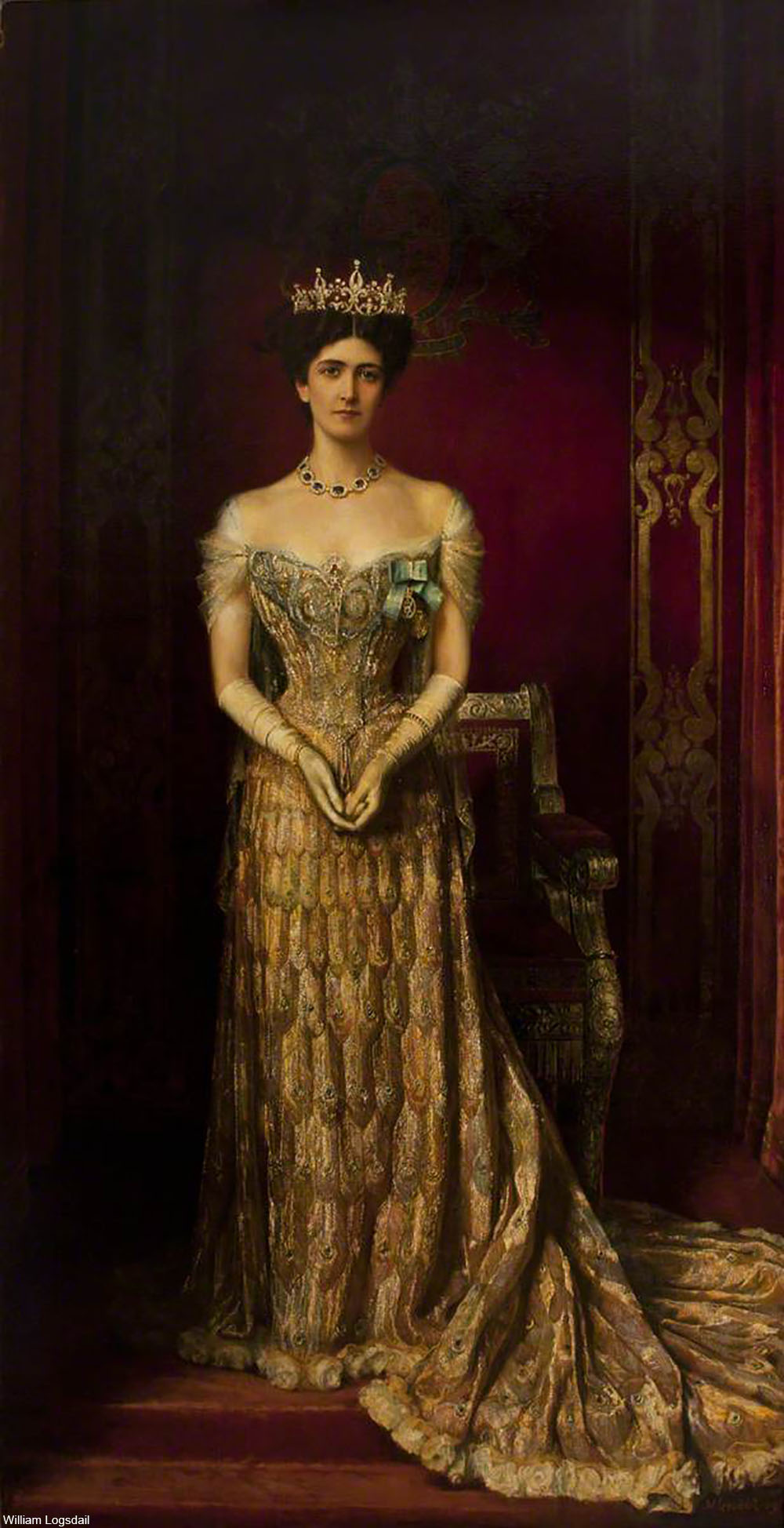 A portrait of Lady curzon in the Peacock Dress. Via/ Wiki Commons

To celebrate the 1902 coronation of King Edward VII, Lord Curzon decided to hold a grand party in honor of the new monarch in 1903, known as the Delhi Durbar. For the occasion, Mary was to have the most incredible gown created which would showcase the talents of Indian artisans, a personal passion of the Vicereine. However, the dress was to be designed and sewn by famed French couturier, House of Worth.

The Edwardian gown was made from fabric painstakingly embroidered in India, which was then sent to France to be fashioned before being sent back to India. What makes this gown so unbelievably unique is that every part of the gown and train is embroidered in alternating peacock feather patterns, earning it the nickname of the Peacock Dress.

The decoration comes from metal threads expertly affixed to the fabric. The gown is also embellished with glass beads, rhinestones, and shimmering iridescent green beetle wings. The gown is so covered in embroidery that it weighs 10 pounds, more than the weight of a small load of laundry! 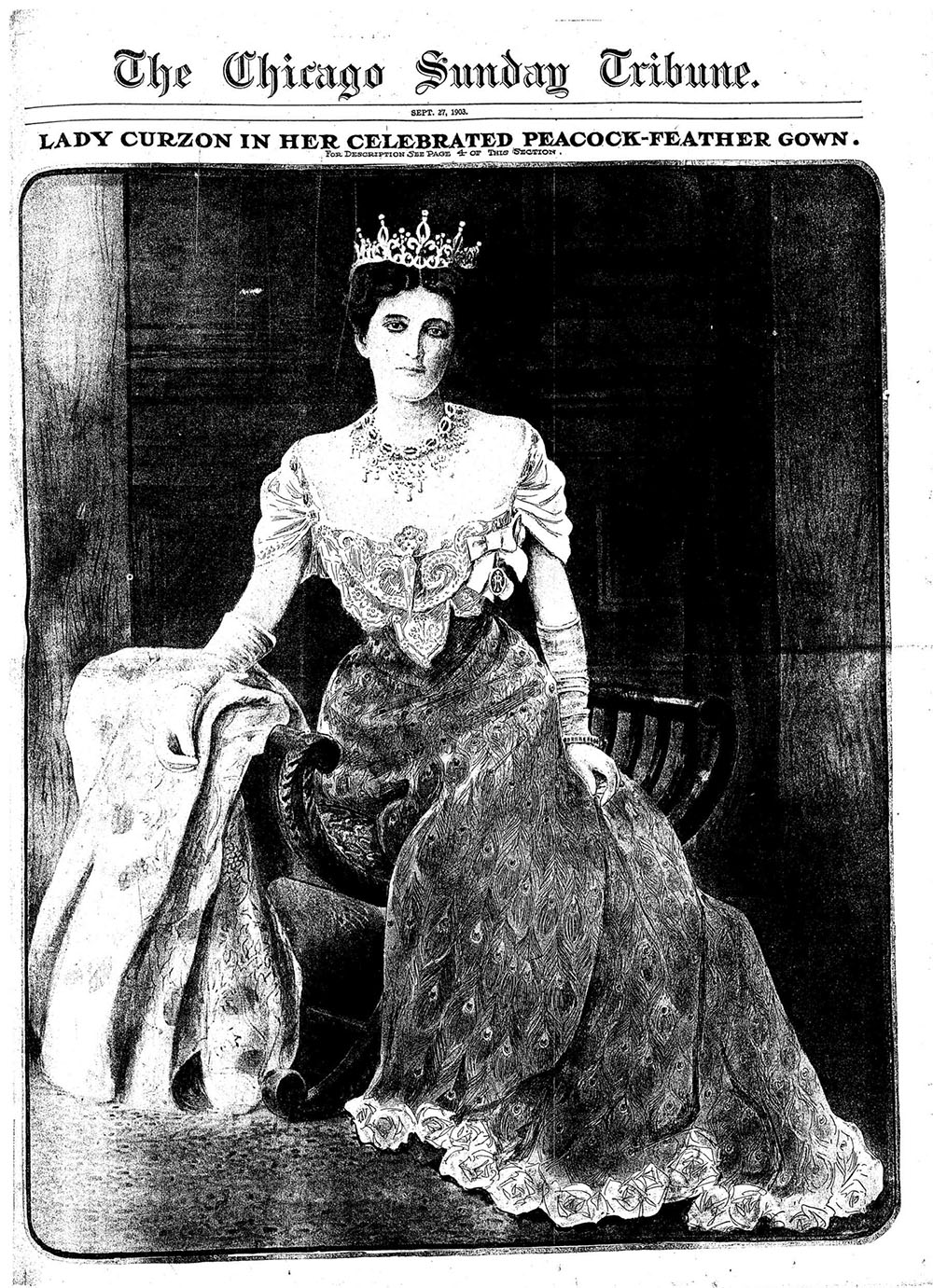 Lady Curzon’s Peacock Dress made the front page of the Chicago Tribune (she was from Chicago originally). Via/ Wiki Commons

The effect of all this embroidery was that it appeared that the dress was covered in glittering jewels. An observer who saw her firsthand remarked that those who had not attended the royal fête could not have imagined how Lady Curzon and her gown lit up the room, saying, “You cannot conceive what a dream she looked.” Of course, the fact that she was beautiful and was also a whopping 6 feet tall probably also contributed to her stunning entrance to the party, which was lit by electric light.

Today the dress is part of the collection at Kedleston Hall, but it does not look like it did in 1903. Over time the metal threads have become tarnished, contributing to a much less brilliant finish, something which cannot be polished away. However, the overall effect is still one of majestic beauty and of opulent luxury. 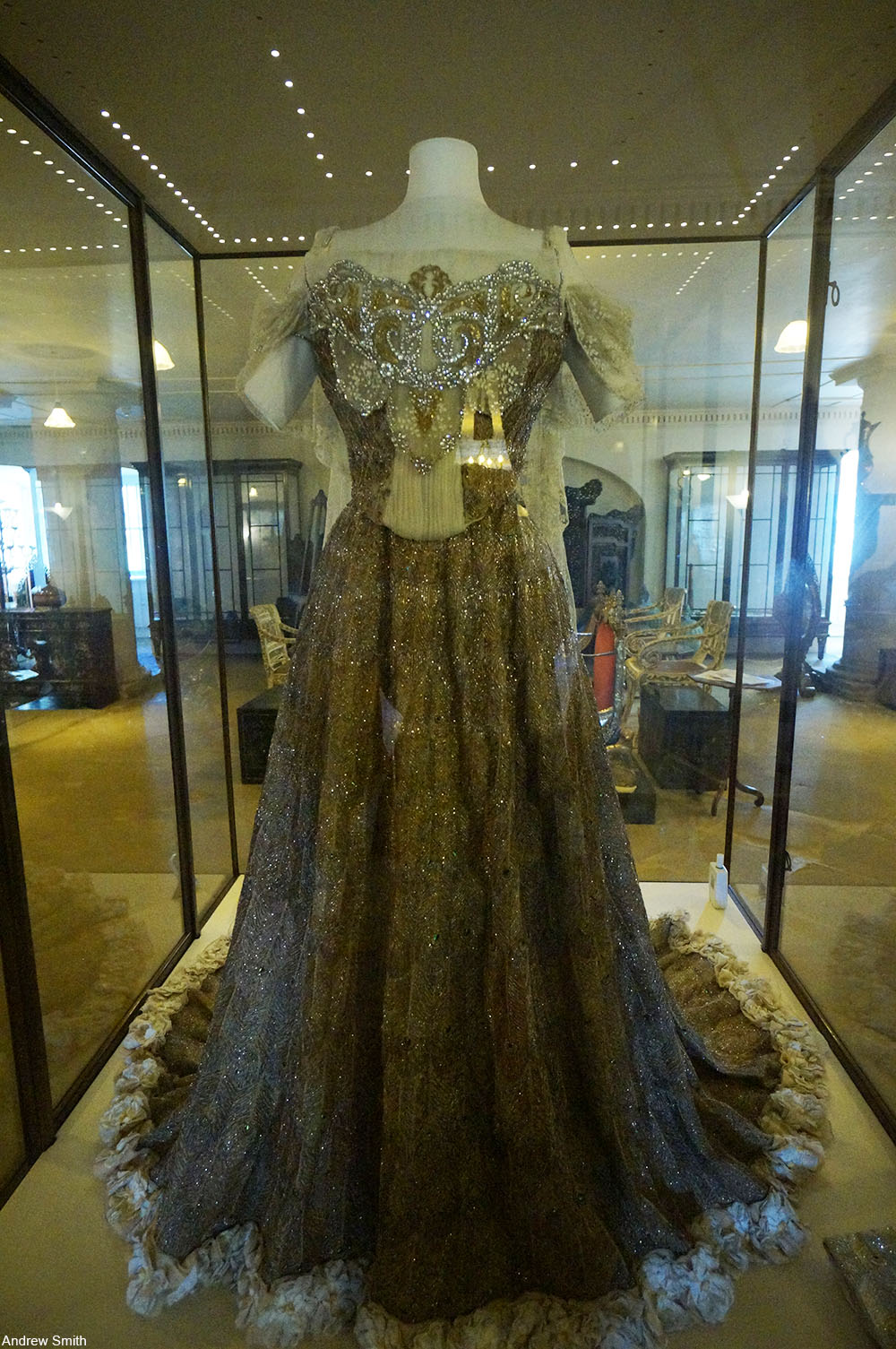 The Peacock Dress today behind glass at the Curzon family seat in of Kedleston Hall in Derbyshire, England. Via/ Flickr

Recent attempts at recreating this breathtaking gown have proven just how extraordinary it was. Costumer, Cathy Hay, created a sample in the style of the Peacock Dress and just a small section took her one year to complete! At this rate, she calculated that it would have taken one skilled person around 30 years to finish.

It’s mind boggling to imagine how many skilled Indian embroiderers would have worked on the original gown in order to have it made within one year. Despite that, efforts continue to reproduce this masterpiece dress so that it can be seen in all its glittering glory.