Jack and the Beanstalk Silent Film from 1902

In 1902 the future of the movies was an unknown. Audiences were not yet used to lining up for feature films. Indeed, the length of feature films was much shorter than today due to the technology available. What this meant was that a there would be a lot of short films released, each with their own unique take on the story at hand. Jack and the Beanstalk was an Edison Studio movie, an early adopter of new film technology that made over 1,200 movies before closing their doors for good in 1918. 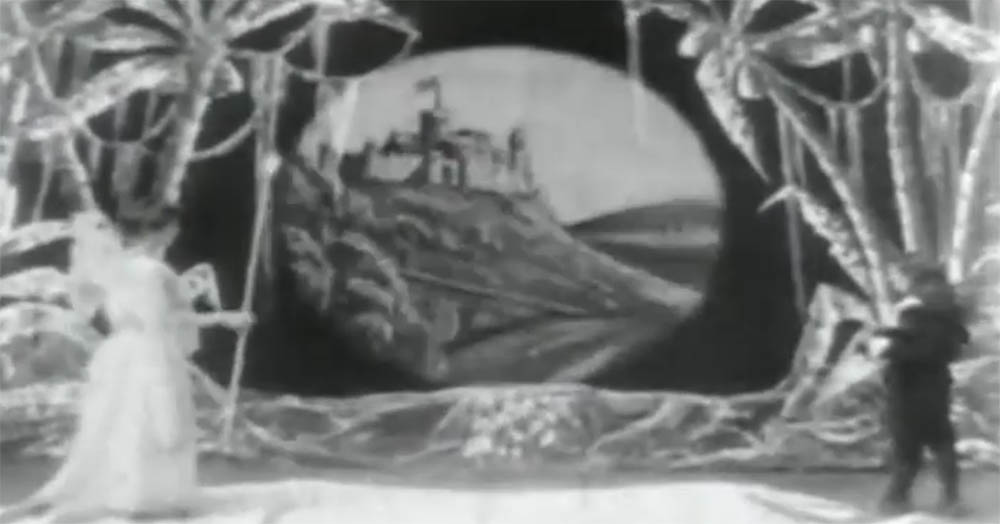 This particular version of the old fairy tale was the first to be shown in motion pictures. This tale dates back thousands of years, though it was first published in a more modern context during the 1700s. Of course later versions of this story would prove particularly popular in the medium of animation, although that was still many years away when this film was made. 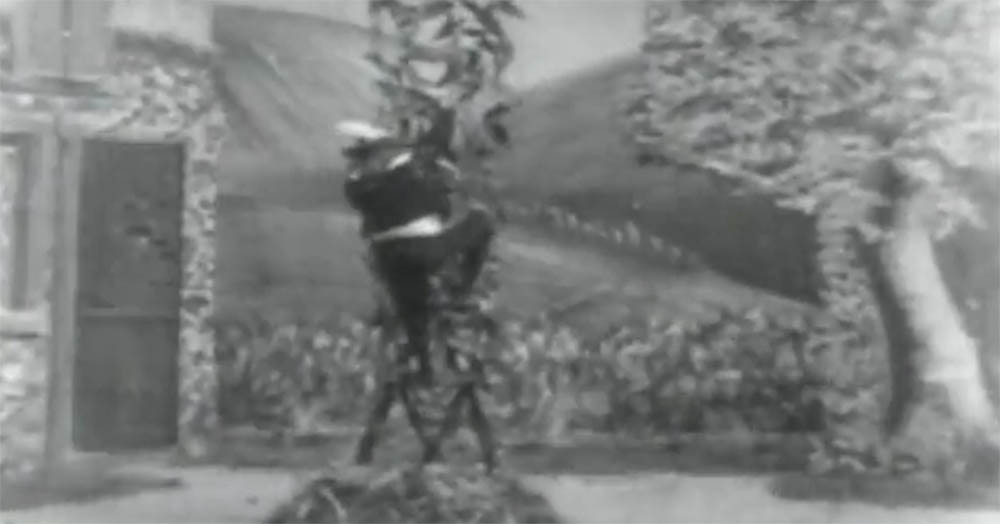 The short film features elements from a much simpler time, like children joining hands and twirling around the magical beanstalk in a celebratory fashion. You certainly wouldn’t see anything like that in films today.

The original description from the Edison Studios catalog describes the film as having quite a few liberties thrown in for dramatic effect:

A grand spectacular performance in nine scenes and one tableau, illustrating the most popular fairy story ever written…. From this very simple and popular fairy tale we have produced a most pleasing, interesting and mirth producing play in motion pictures, introducing therein many surprising new tricks and dissolving effects. The subject was carefully studied, and every scene posed with a view to following as closely as possible the accepted version of JACK AND THE BEANSTALK. We have, for the purpose of producing comedy (which in reality is the life of any animated picture play), in some instances departed slightly from the story, in that we have burlesqued a few of the features; as, for instance, where the butcher trades the hatful of beans with Jack for his mother’s cow, we have introduced a burlesque animal made up of two men covered over with the head, horns and hide of a cow. This animal goes through many ludicrous antics, such as kicking, jig dancing, sitting down with legs crossed, etc., and finally, after strenuous efforts on the part of the butcher, suffers herself to be led away. 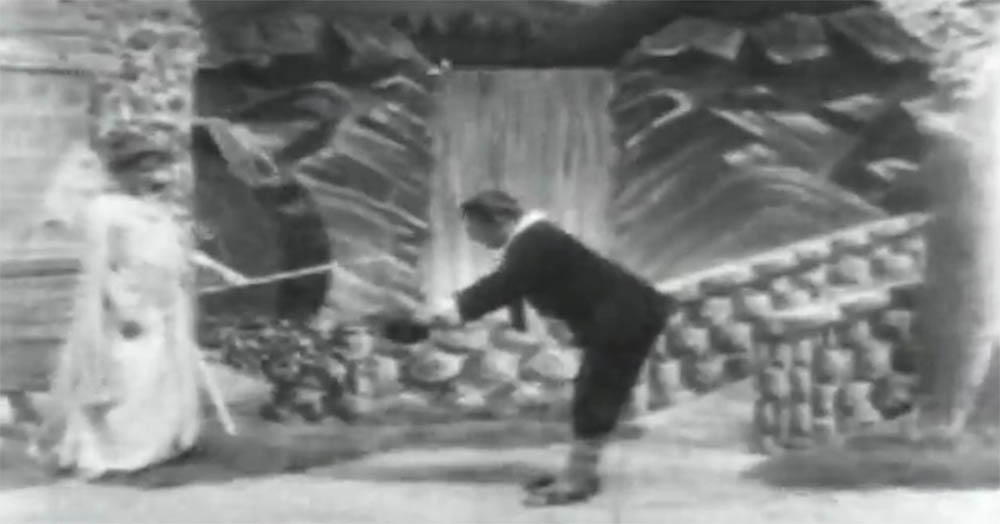