It is very true that eventually, everything will one day come back into fashion. The ’90s have been getting a lot of attention lately, as the popularity of ’80s fads has waned over the past ten years. Instead, many of the ’90s items of clothing are back in style, including a few trends that we would rather forget. Have a look at 19 items from the ’90s that are selling like hotcakes right now.

This hair accessory was once a staple item for girls and women with long hair. It’s definitely not a discreet way to tie up one’s hair, but that was kind of the point. These hair ties are back, this time in opulent velvets and holographic fabrics. 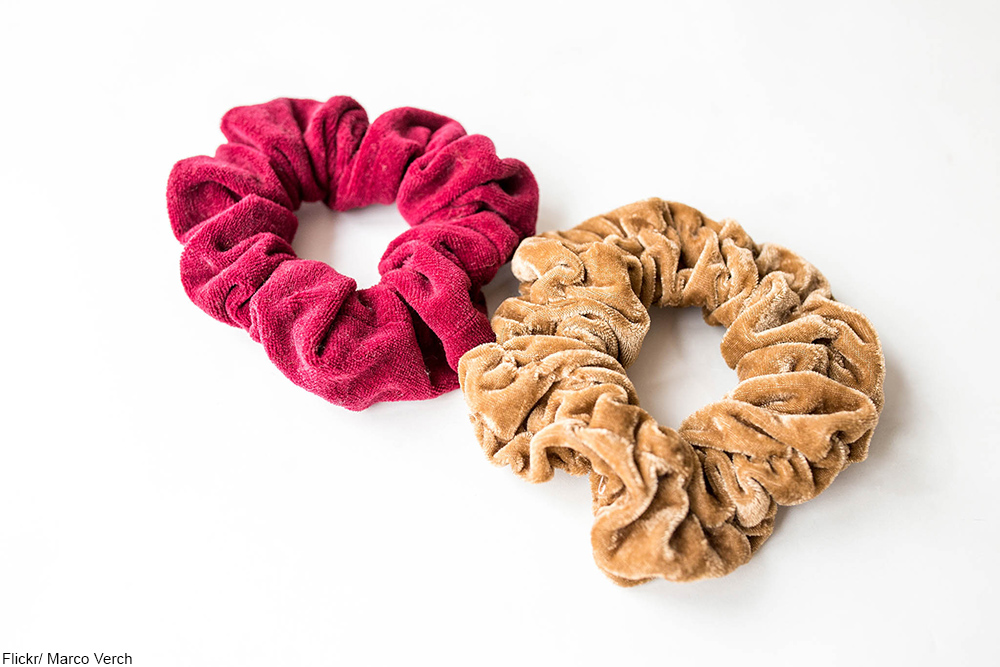 This particular wash is a very specific look. While light denim is more “in” right now, acid wash has also been popping up in stores. 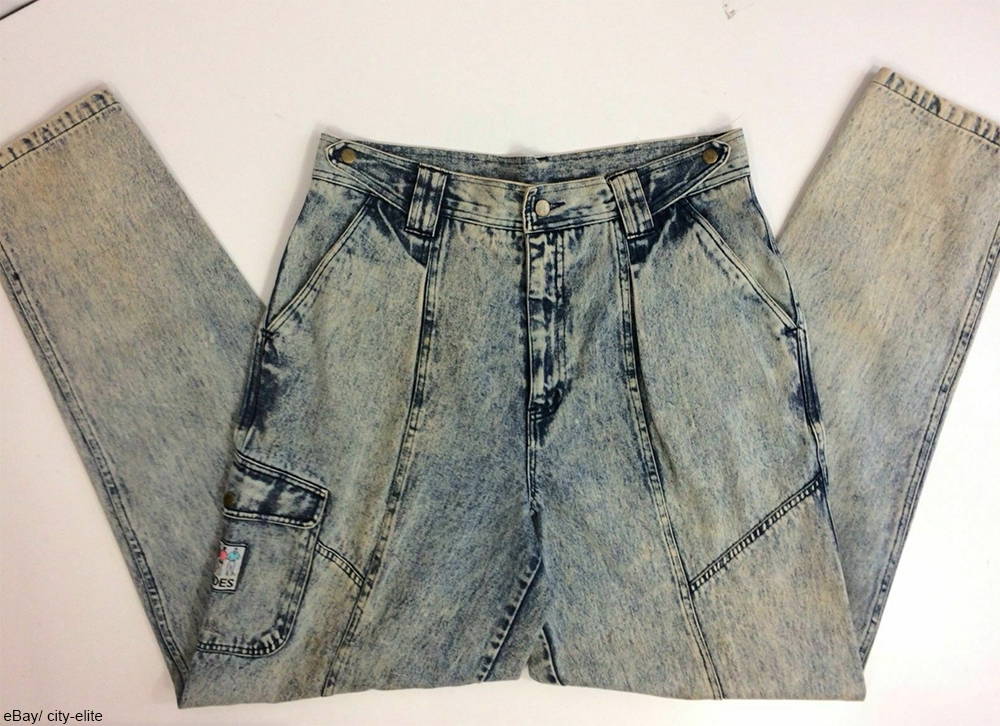 The brand that was super trendy in the ’90s has made a comeback as of late. Not only the brand, but also their signature color combination of blue, red, yellow, and green together is more popular recently. The color combo has even been seen from other brands.

We are colors. We are knitwear. Repost @jcdecastelbajac #Benetton #colors #knitwear #repost

These boots and shoes were made popular during the grunge music trend and their use in fashion helped the brand move from a niche market to an establishment in the footwear industry. 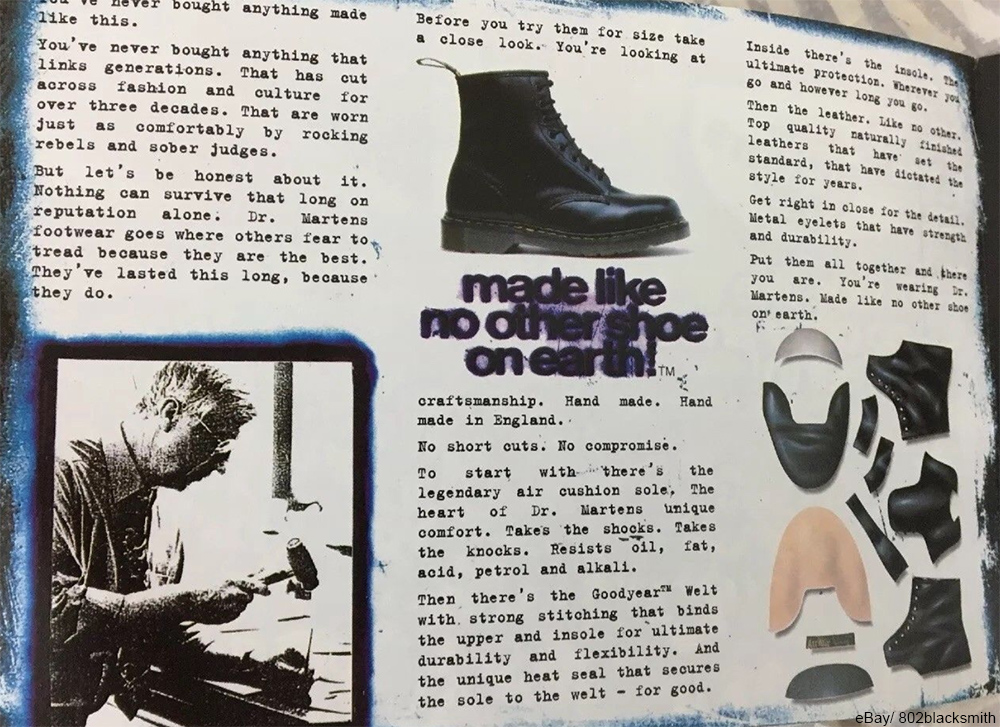 From sweaters to shirts to whole track suits, color block clothing is a ’90s trend that’s been popping up in modern clothing stores.

A post shared by Westside Connection (@westsideconnectiongr) on May 29, 2019 at 1:23pm PDT

In the ’90s they were usually silk or cotton, but today these same kinds of shirts are often synthetic (and sometimes cotton). The patterns on the fabric from way back when are becoming popular again as well.

We are a little in love with our latest Jazzy Shirts & Blouses 💕 💕 💕 The fabrics. The colours. The designs 💜💛💙 In Store & Online @depop In a whole range of sizes, as just like these beauties we’re all individually unique @hollywoodexports_preston Happy Saturday Folks ✌️

Today we’d call them harem pants for women and perhaps slouchy joggers for men. But, the look that was made popular by M.C. Hammer in his 1990 video for “U Can’t Touch This” was a very distinctive look that’s being sold again today. Funnily enough, it was only the men in the video who wore the exaggerated pants, while the women donned leggings and bike shorts. 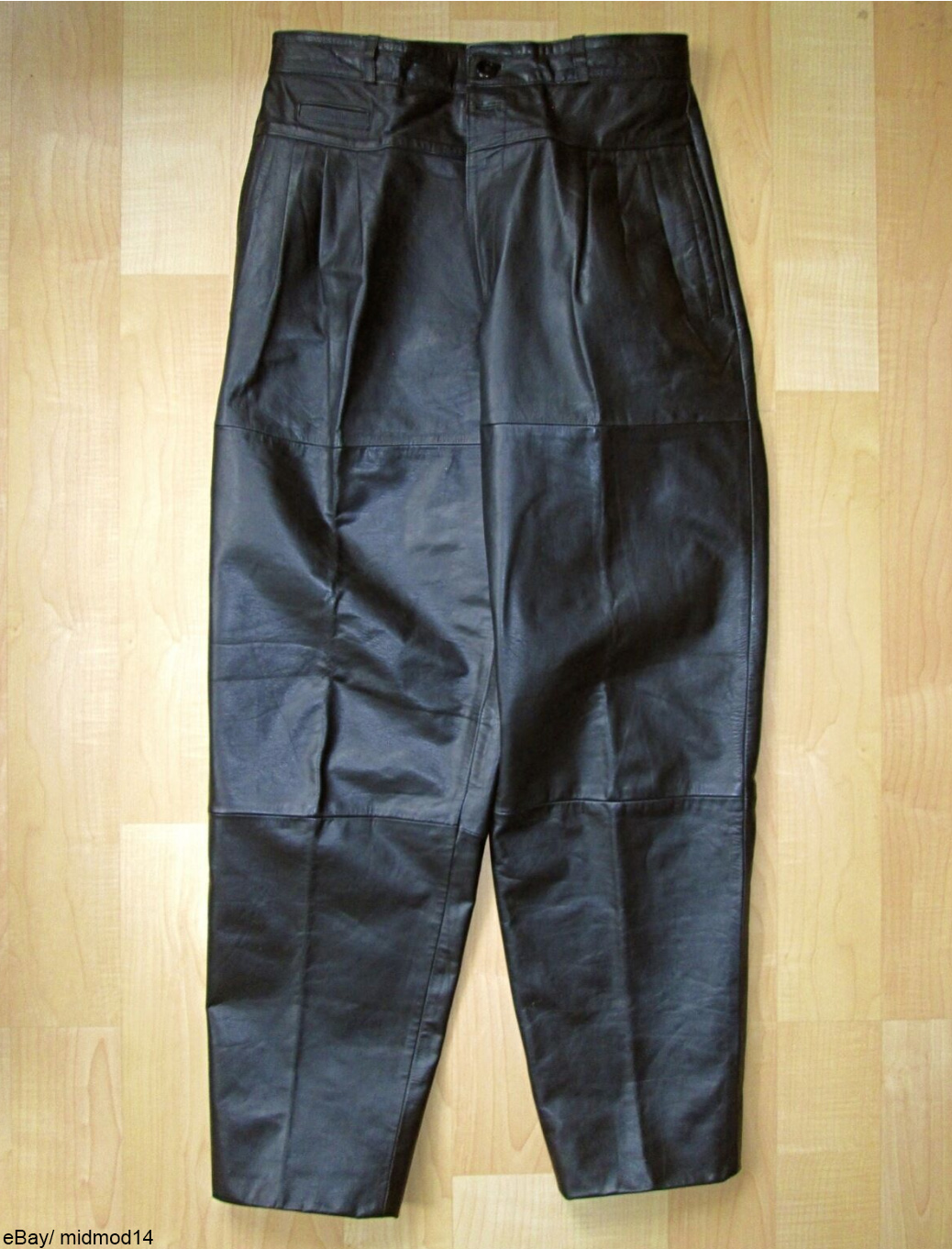 Whether they were handbags, drawstring, or coin purses, the clear purse trend was very hot in the ’90s and the style has made a very clear comeback. Today many of the styles have an iridescent tint as well, showing that this style is firmly of both eras. 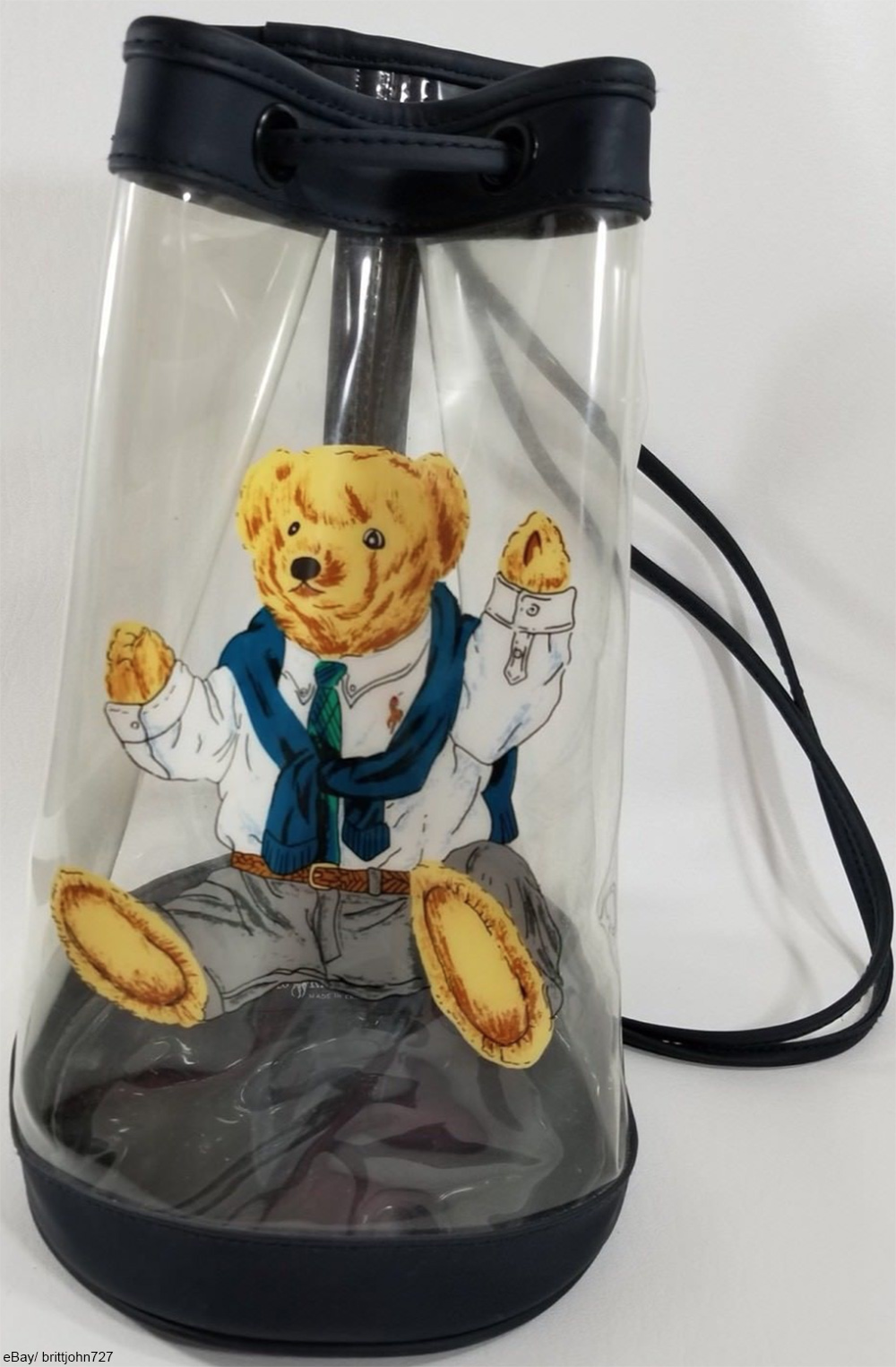 This style was part of the romantic side of the ’90s. In contrast to mini skirts and neon colors, the button-front dresses were flowy and often represented a more conservative sense of fashion. 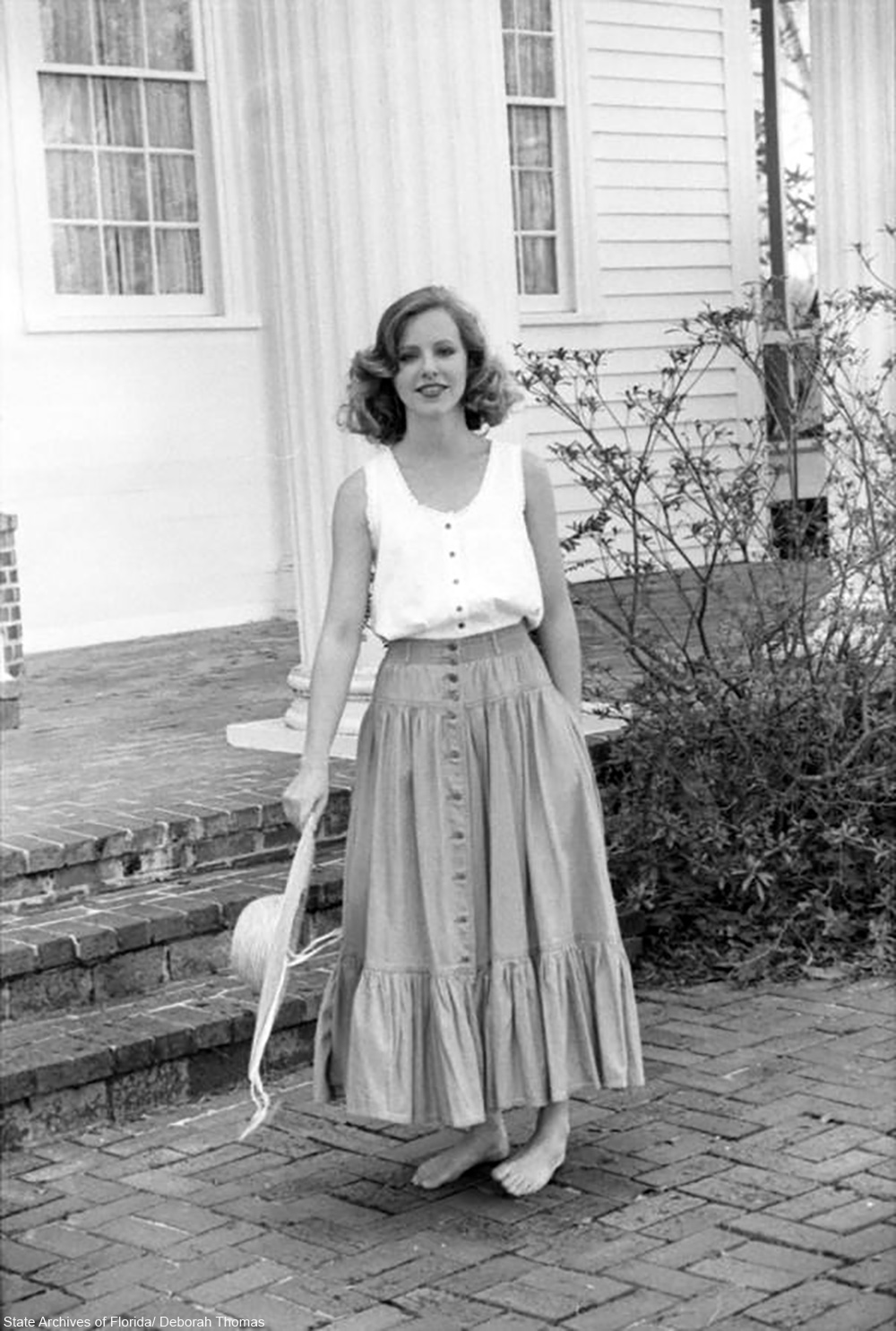 It’s hard to believe that a look that was deemed so unflattering afte the /90s was over could be back, but pleated pants are being sold in both men’s and women’s sections of clothing stores. 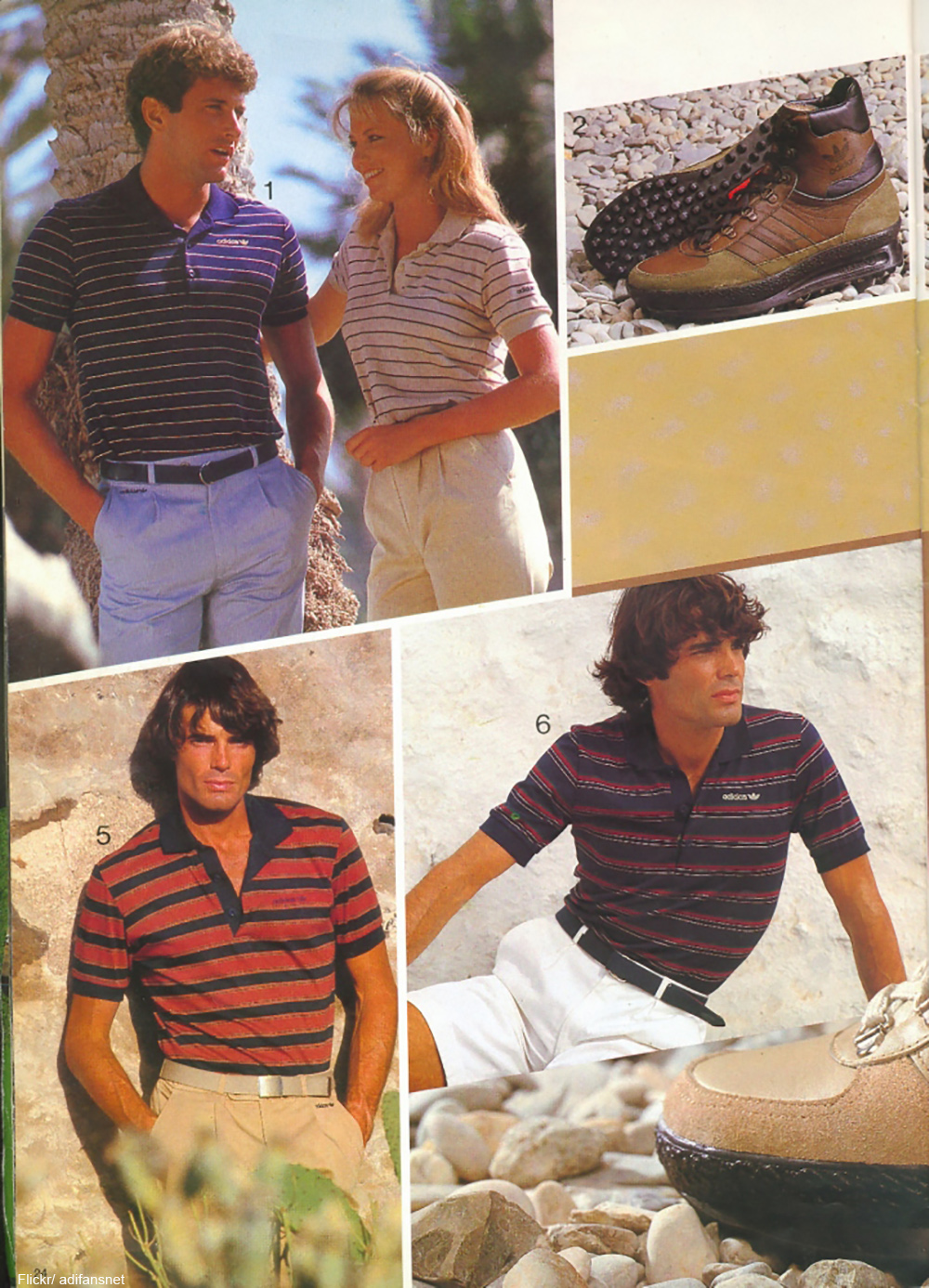 This ’90s look was another nod to the romantic style and today has been used often by fashion retailers to give a retro twist to modern pieces of clothing. 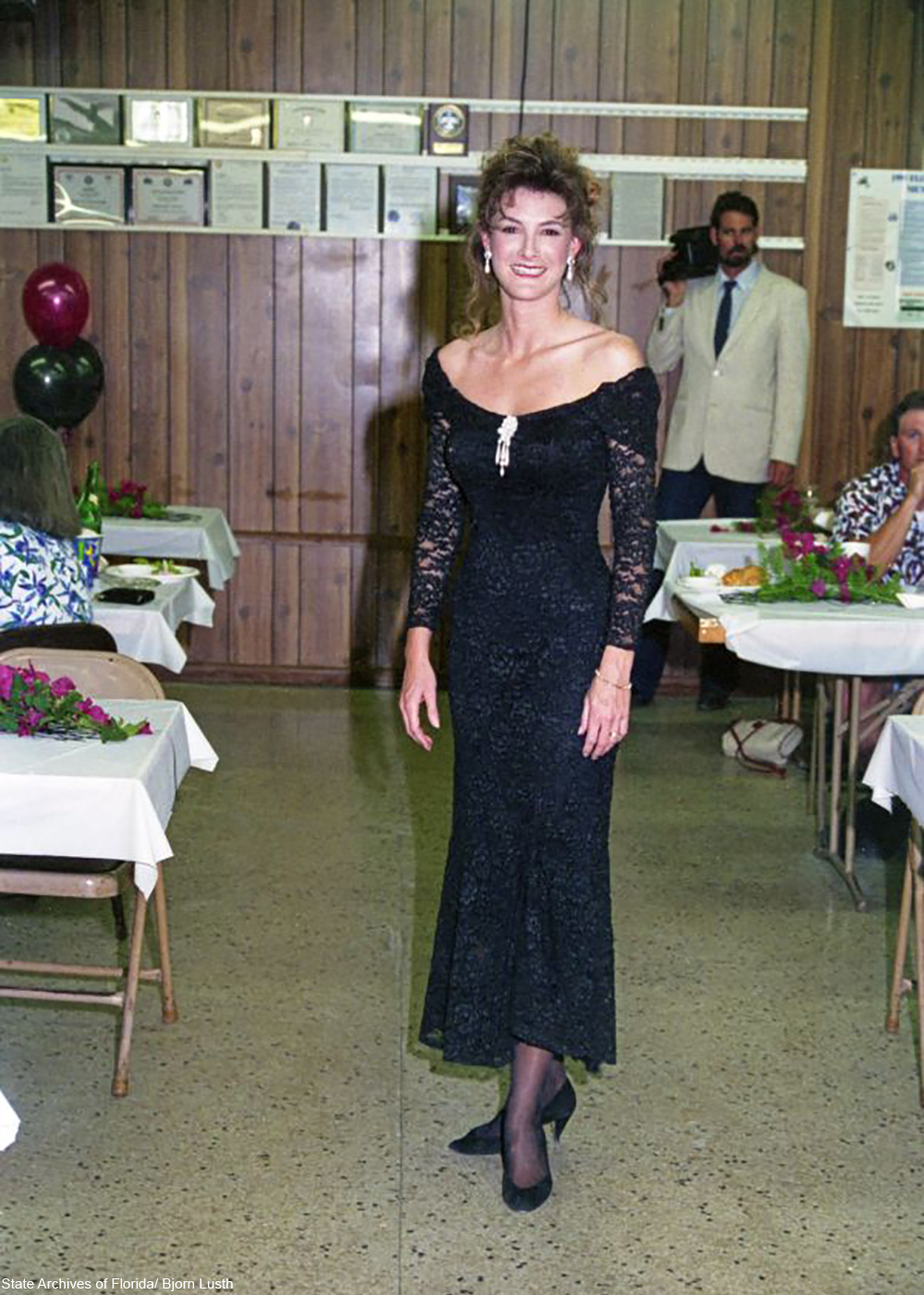 This was one of the most popular prints of the decade – found on clothing, stationary, and home decor items. And, who remembers the Elizabeth Arden Sunflowers perfume that came out in 1993? 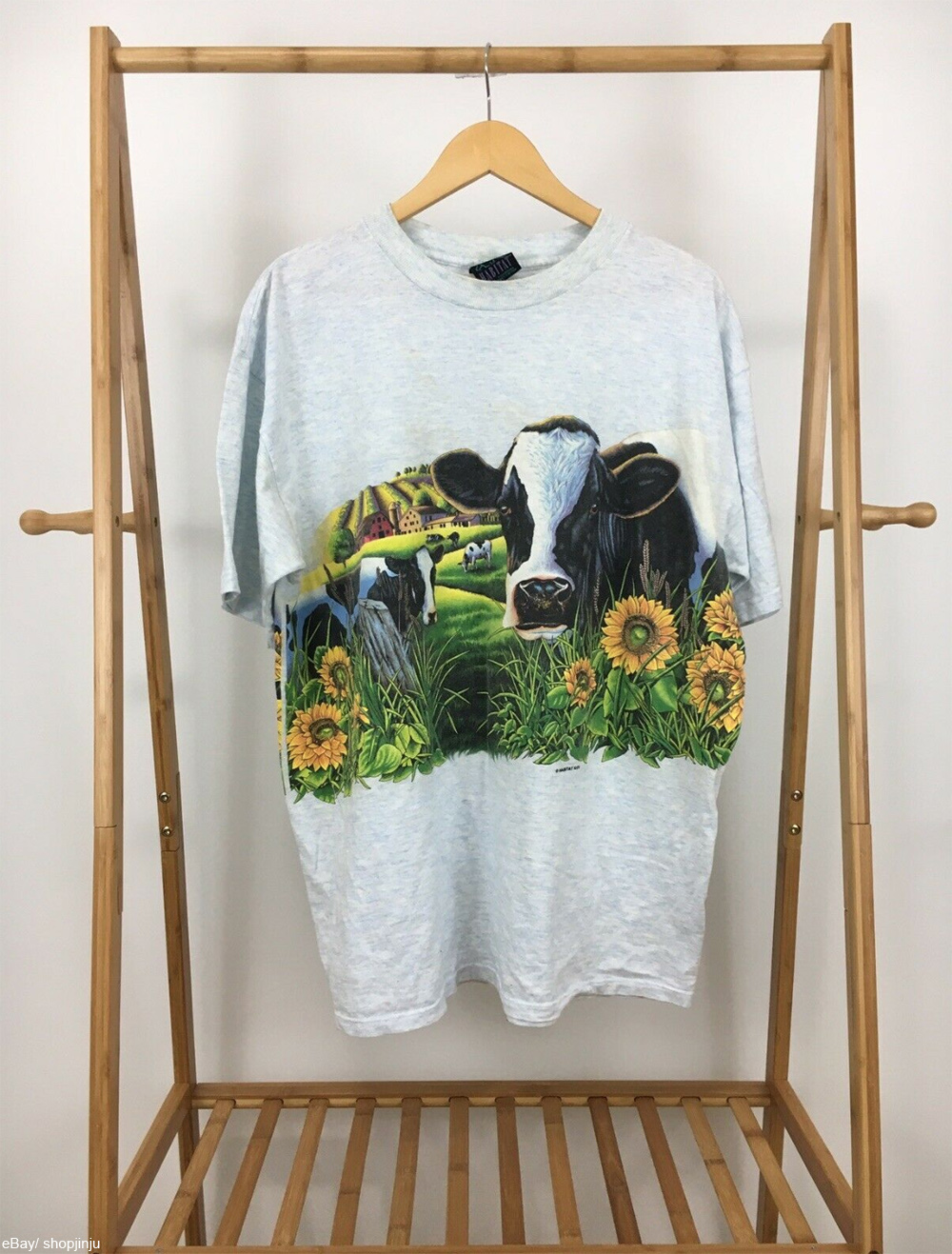 Jean skirts first became popular in the late 1980s and have stayed fashionable into the early 2000s. The look has recently been revived, although more ’90s than millennium in flavor. 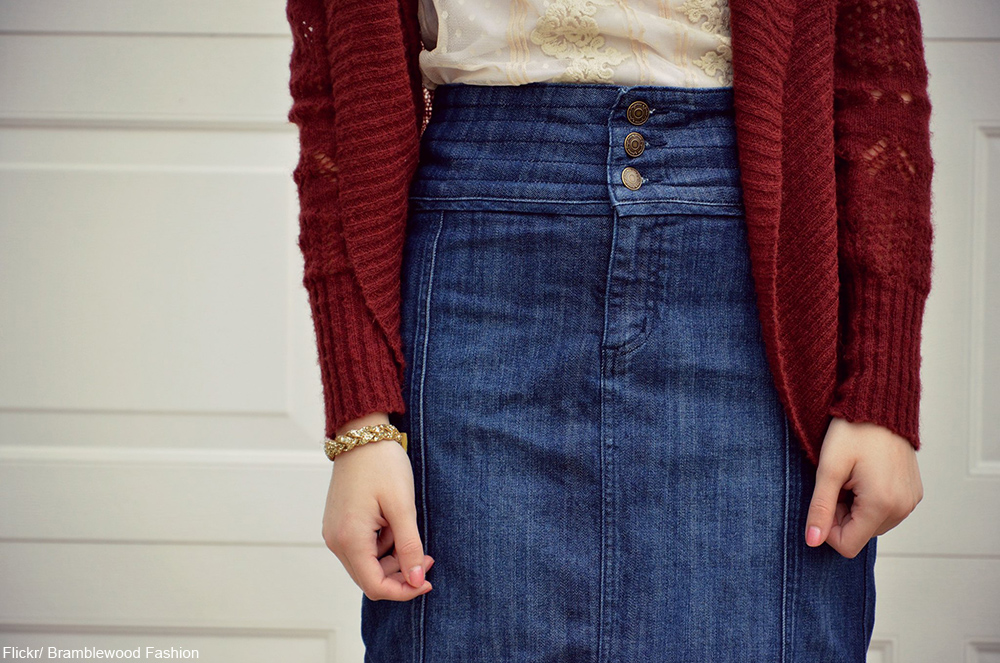 One could argue that plaid shorts have never really been out of production since the preppy-chic and grunge waves of the ’90s, but they’ve made a much bigger portion of the shorts market as the obsession with the decade has evolved. 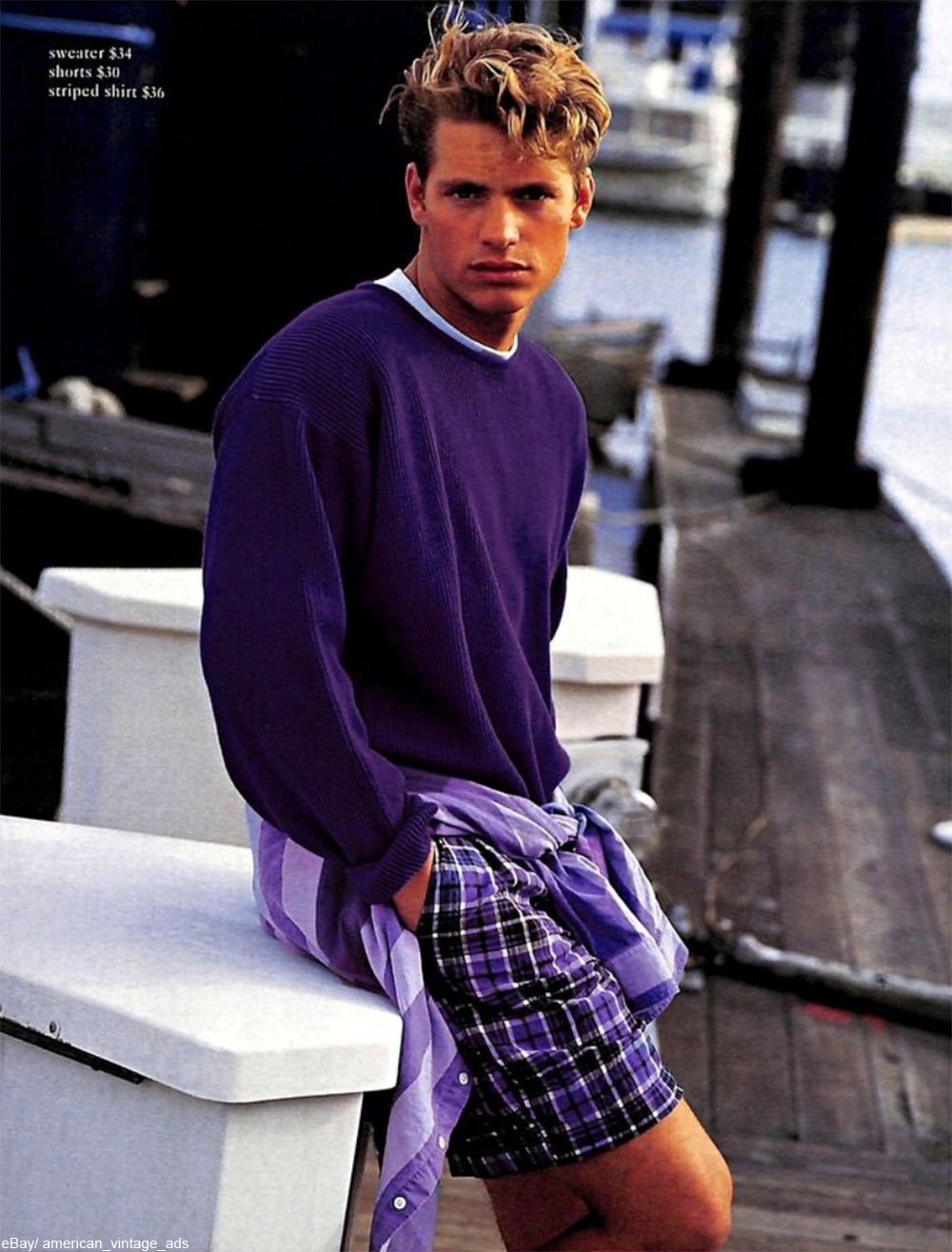 Patches, specifically floral ones, are on everything at the moment. The ’90s version was a bit more 3D appliqué, but the overall effect is very similar to some clothing in stores right now. 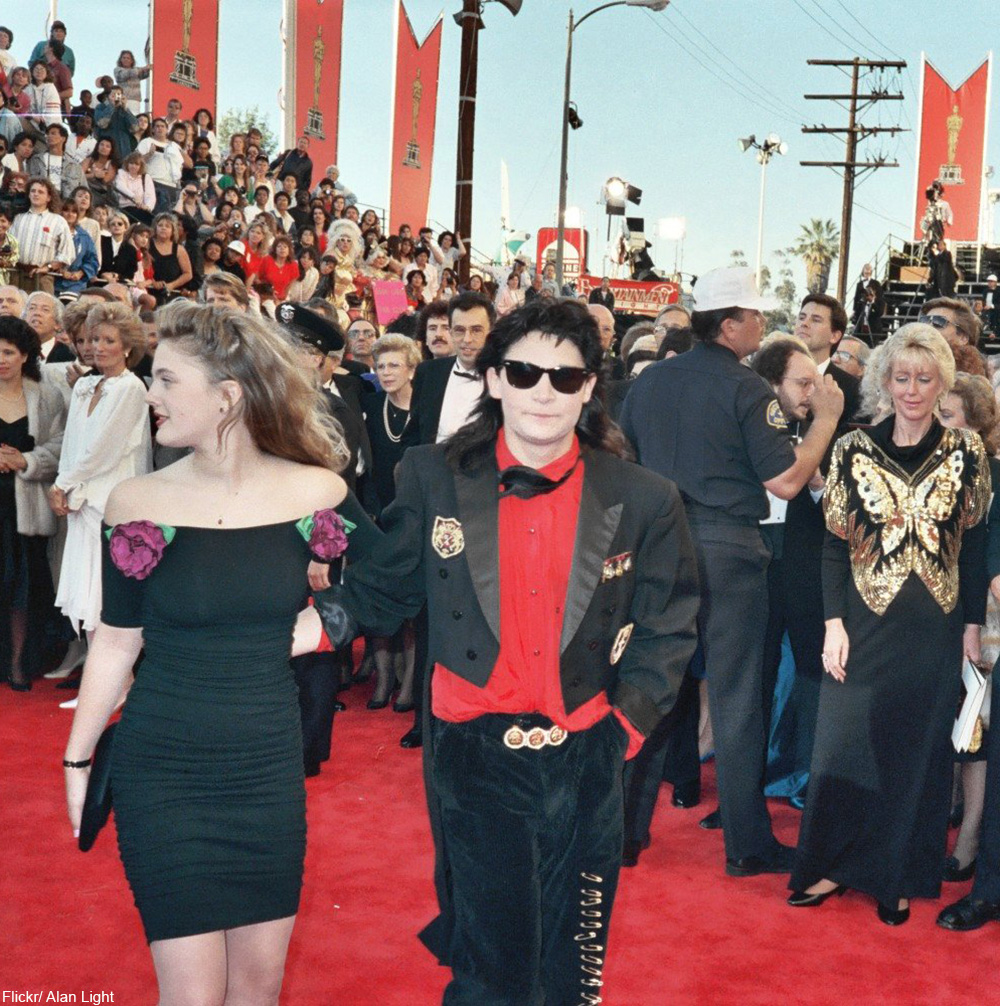 There’s nothing new about the denim jacket, but the boxy cuts of the ’90s are unmistakable. The popularity of the denim jacket is at an all time high, probably because of the current fascination with the ’90s. 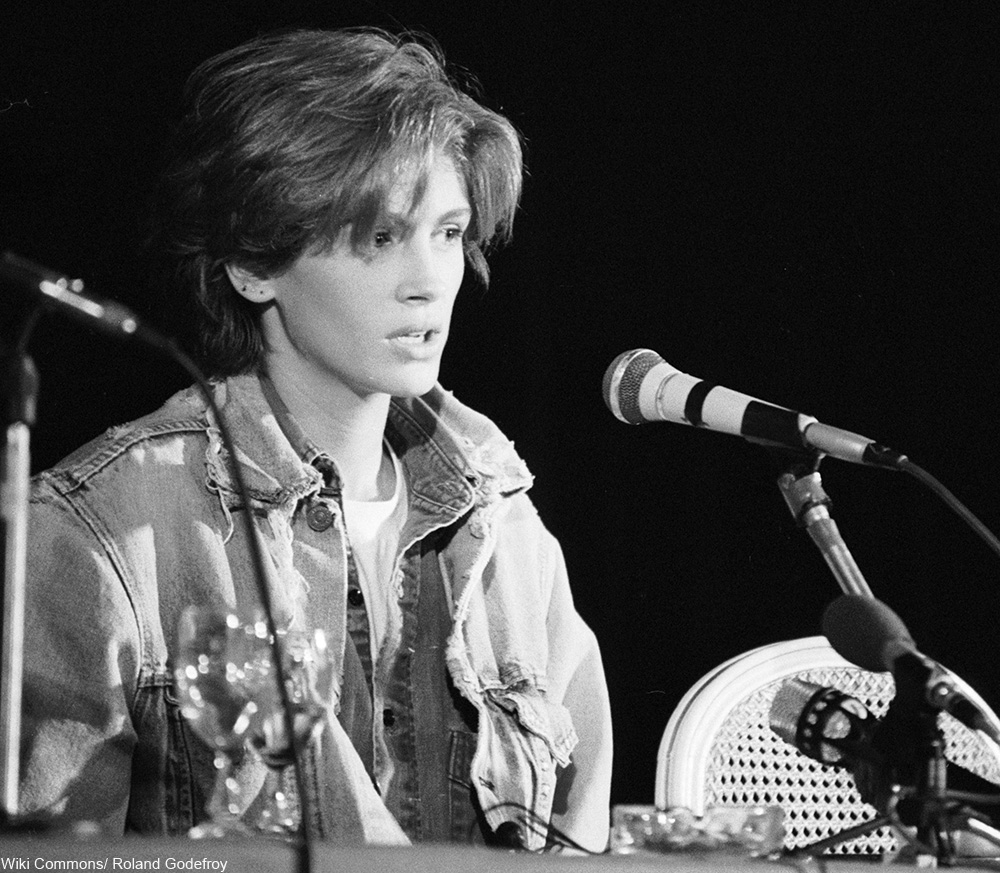 Fanny packs in all shapes, sizes, colors are now back in fashion. However, the close cousin of the fanny pack, the across-the-chest pack, is even more popular today. 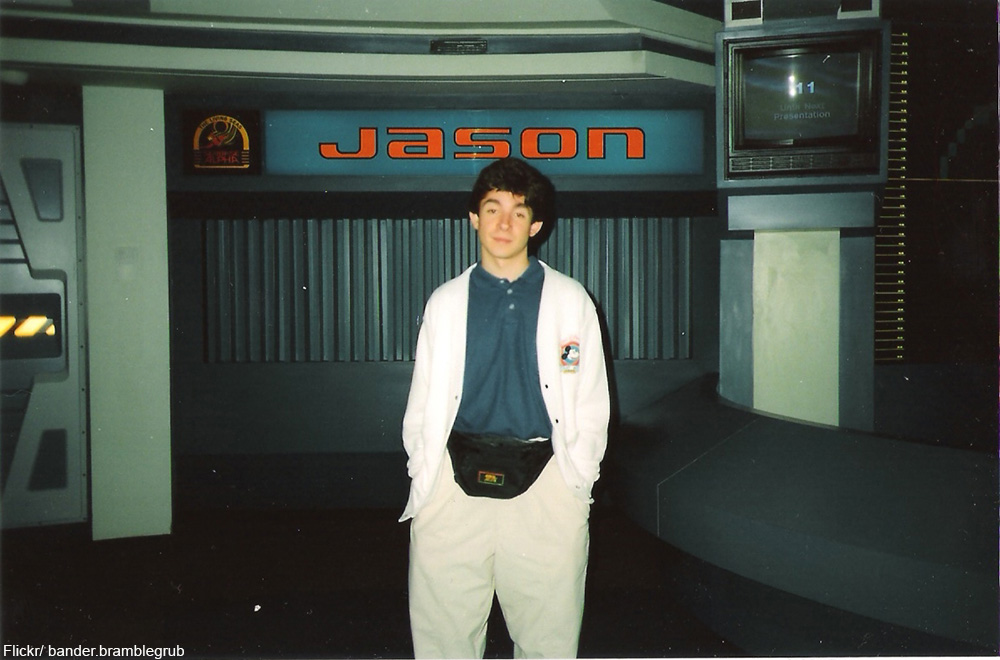 The athleisure look of today owes at least something to rugby shirts of the ’90s. At the time, it was both a sporty and preppy look.

Rugby shirt season – all these Ralph shirts are on our @depop right now!

The girls on Friends wore them, they were on the fashion runways, and many people had at least one pair of overalls in their closet during the ’90s. The trend now has been not only for overalls, but also coveralls à la Rosie the Riveter. 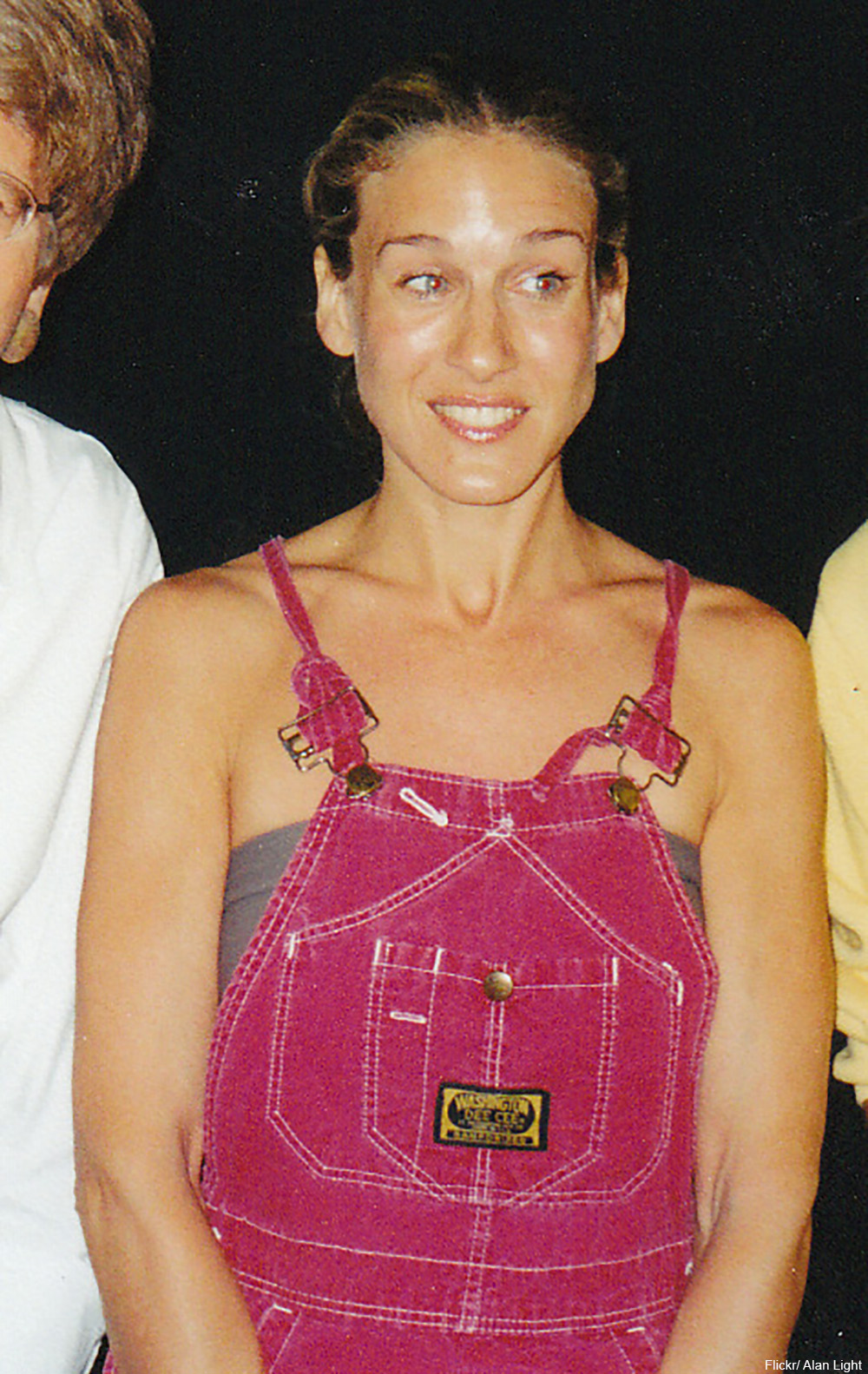 Victorian fashions that are coming back into style: Click “Next Page” below!