From new inventions to new foods, World’s Fairs of the past were traditionally the premiere showcase for industry and innovation. They were also great spectacles, providing less scientific entertainment for the masses. This mix of high and low meant that anyone who went to one of these expos could find more than a few things to interest them. Some World’s Fairs have left more of an impression than others, such as the 1893 Columbia Exposition held in Chicago, so-named in honor of Christopher Columbus’ triumph 400 years earlier and centered around a bustling White City constructed for the fair. Although the technology back then was nothing near as advanced as we have today, there were some new releases at the time that we are still a little in awe of today. 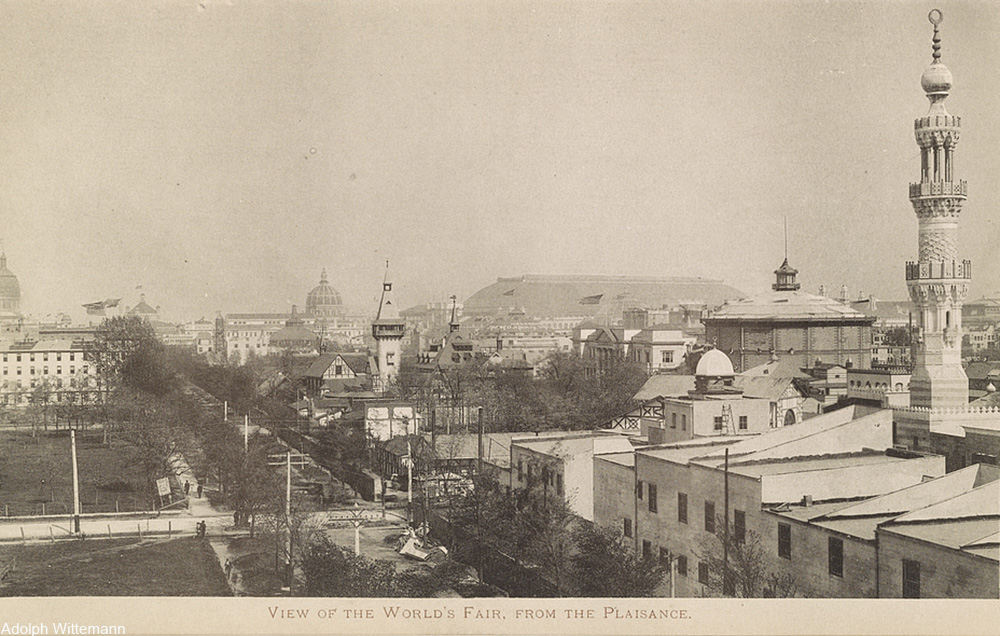 Long before radio or TV, cultural events like World’s Fairs were an important way to learn about the world. Outside these fairs, people had little chance to eat foreign foods or enjoy foreign entertainment. And, it was at the White City’s Midway that dancers brought belly dance to U.S. crowds.

Fahreda Mazar Spyropoulos was born in Syria and had performed in the U.S. under the stage names Fatima and Little Egypt. The latter is the name she used at the expo and her dancing proved so popular that the name was used by many a belly dancer after her. 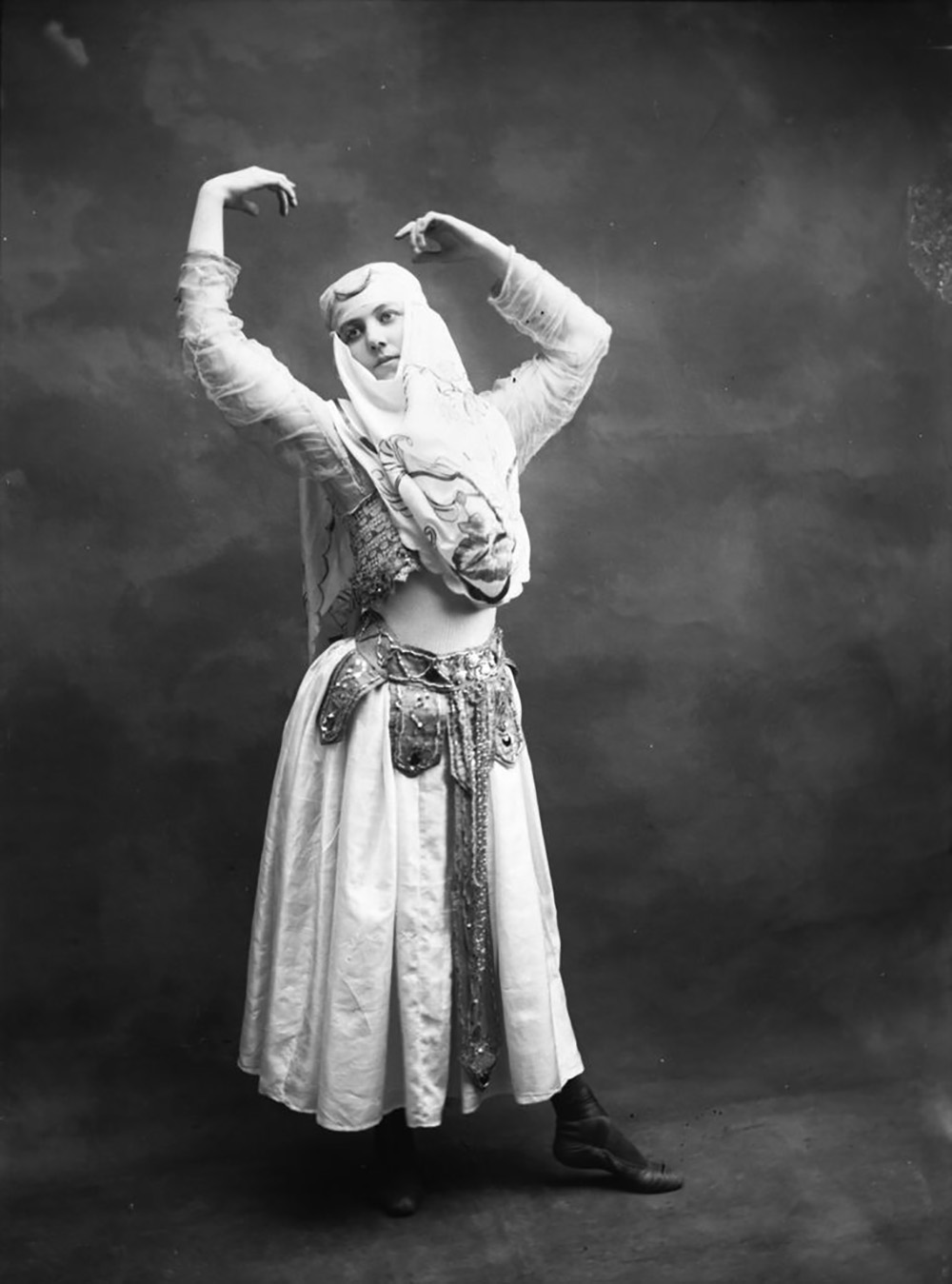 Fahreda Mazar Spyropoulos as photographed in 1900. Via/ Wiki Commons

This was the first time that American crowds had seen Arabic dancing and many people were reportedly shocked at the sight. However, belly dance also gained a following in the U.S. and abroad after Little Egypt wowed audiences with her movements.

At this World’s Fair was the first time that people had experienced a moving walkway. Today they help us move through airports, but back then it was a novelty- almost like an amusement park ride. The walkway was made of wooden planks and took riders down Casino Pier for a scenic experience of the water before looping back to the starting point. 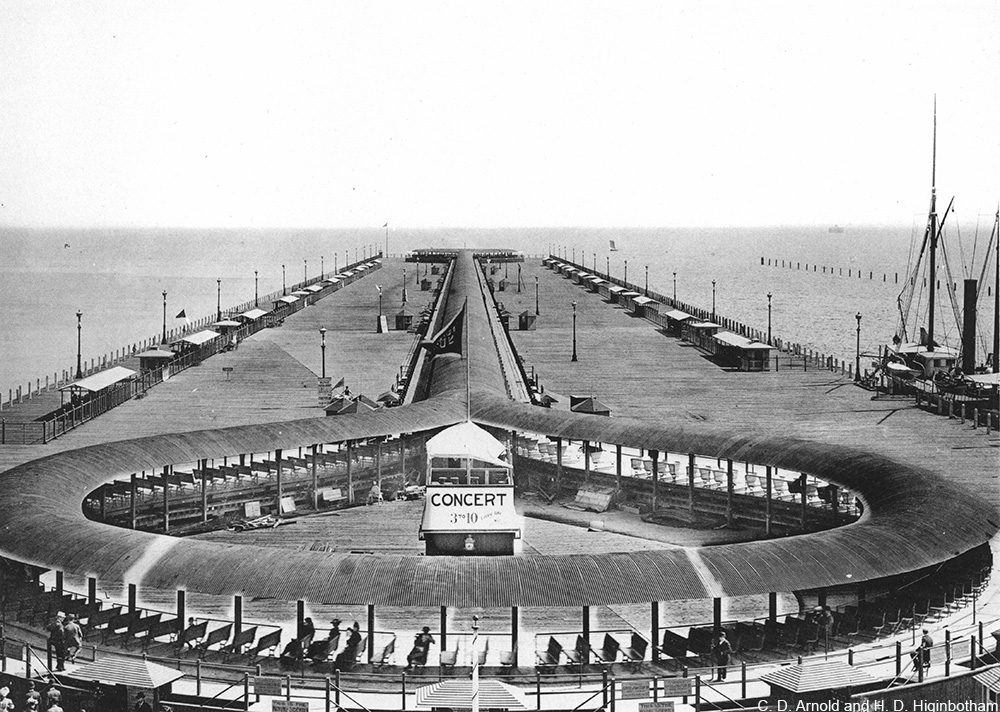 There were two sections to this ride, one where riders sat on benches in neat rows like a tame rollercoaster and another where people walked along the moving walkway. This type of walkway was later copied for other World’s Fairs as well.

To this day, no one knows exactly what the flavors of Juicy Fruit are supposed to be, although banana and pineapple are two often-suggested notes. The gum was first released at the 1893 World’s Fair to great popularity. 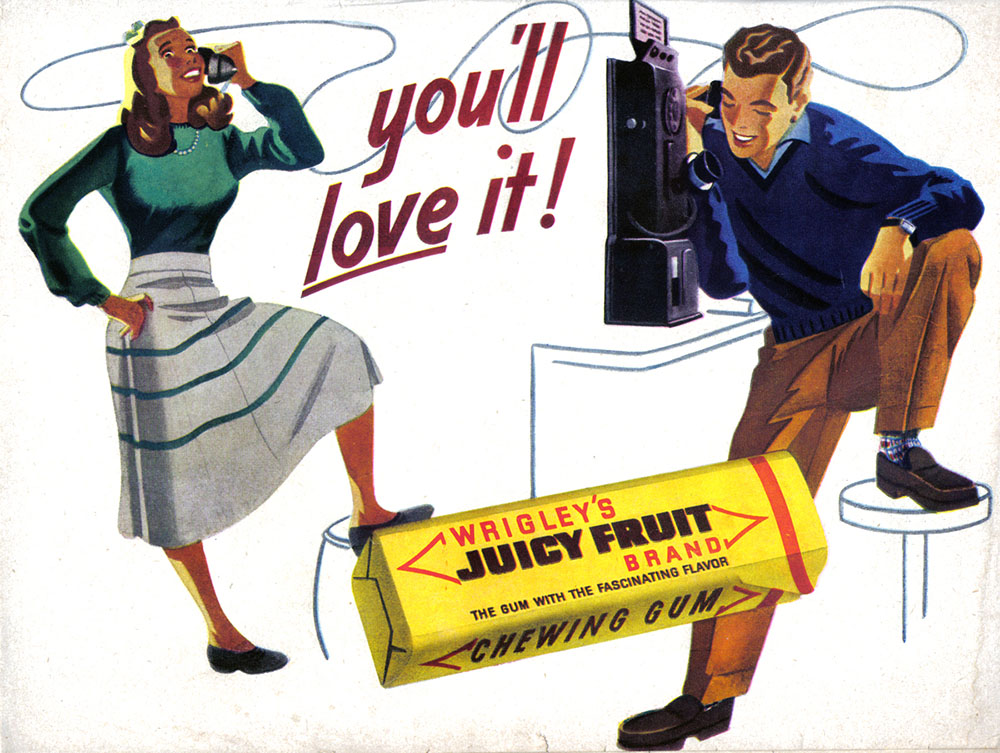 The flavor is speculated to be artificial and is estimated by some to be the fruity-flavor of ssoamyl acetate, a byproduct of whiskey distilling- something Chicago had no shortage of. The fair was also where the new-fangled products, Cream of Wheat, Shredded Wheat, and Pabst Blue Ribbon were introduced.

This was the first time that most people had ever seen a ride like this although the concept had been around on a smaller scale since the 17th century. The giant metal machine, designed by George Washington Gale Ferris Jr., was destined to become a huge part of popular culture ever after. 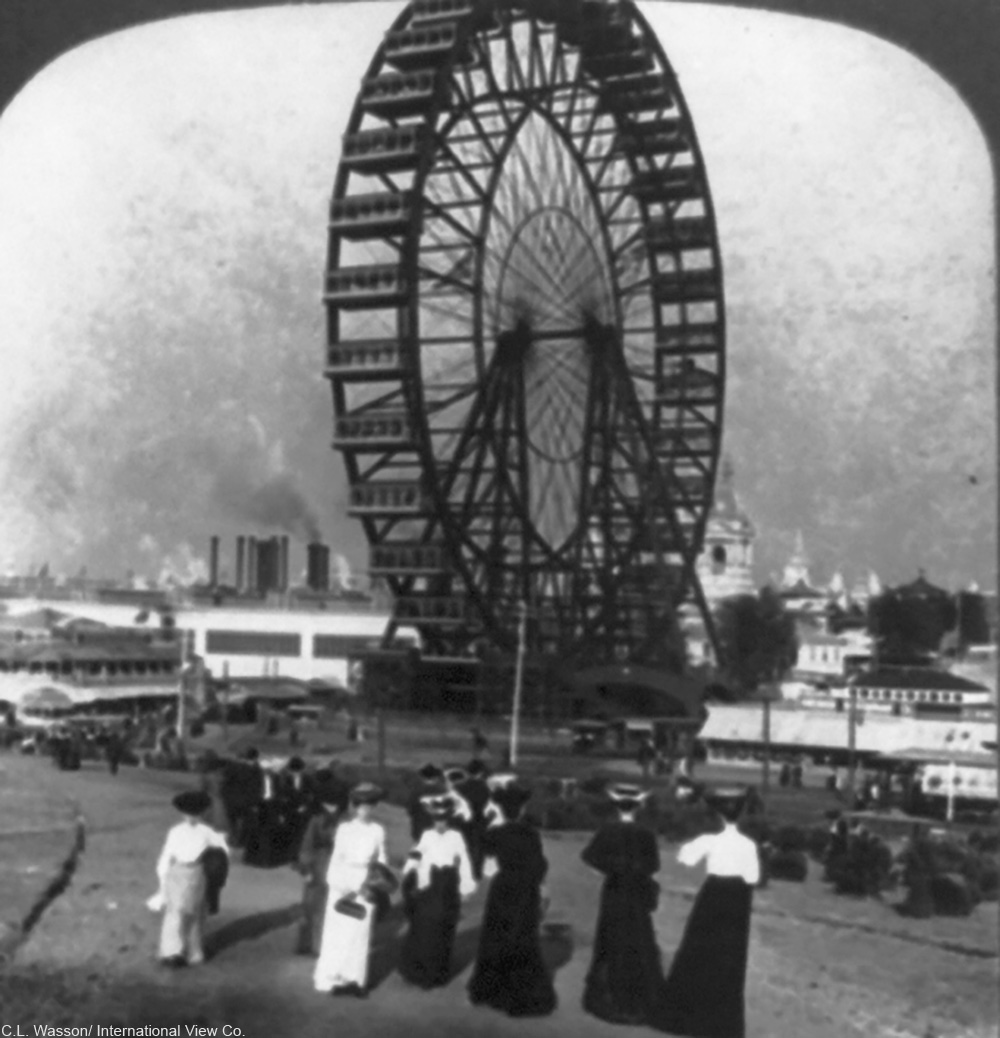 The first Ferris wheel in turn inspired the first amusement park at Coney Island, as well as countless other parks and rides. The original Ferris wheel was moved and used again for the 1905 World’s Fair in St. Louis before going on a U.S. tour. After that the original was sold for scrap metal, but the legacy lives on in the many amusement parks we enjoy today.

At the Chicago expo the Electricity Building showcased a huge number of electric lamps, something many people had never seen before. There was a war going on between Thomas Edison (backed by J.P. Morgan) who believed the DC (direct current) was the electricity of the future. At the same time Nikola Tesla (backed by George Westinghouse) proffered that AC (alternating current) was the way to go, being more efficient. 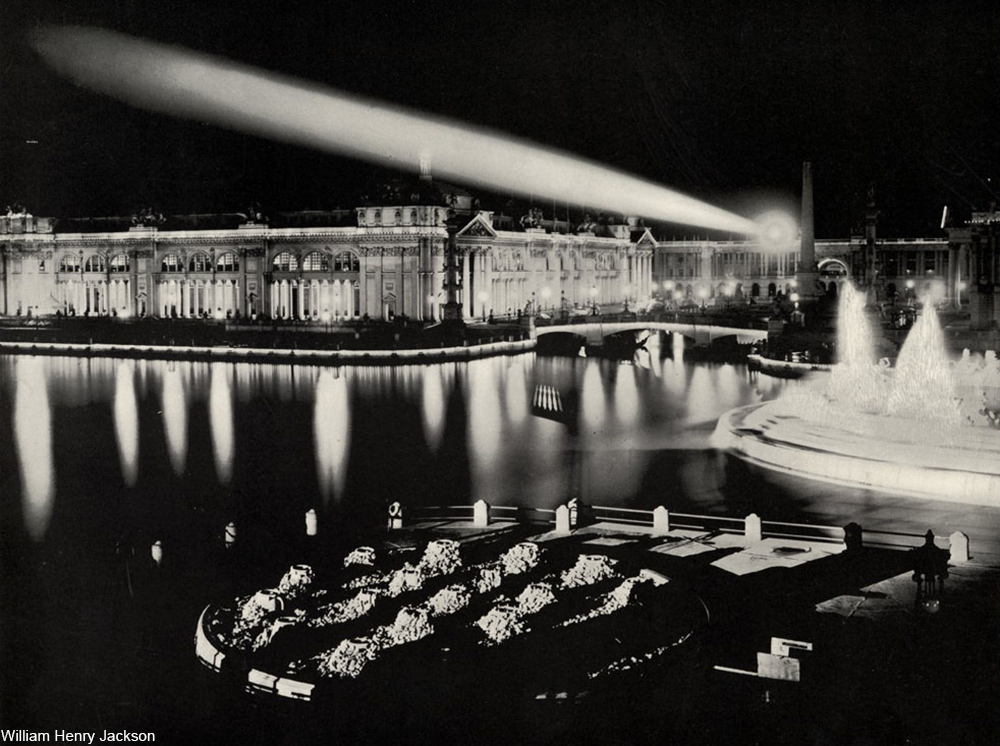 Aside from the small lamps and grinding machines inside the expo buildings, there was also a massive display of fluorescent lights that dazzled crowds by illuminating the White City at night- something completely alien to people at the time. The glittering display won the public over to Tesla’s side.