The Destruction of the 1871 Chicago Fire Captured in Photographs

These photographs document the widespread destruction and many of them were later sold as stereoscope cards to be sold to the general public. In photos this catastrophe can be seen from a more objective view than in paintings or etchings, which was how many people of the era saw the event since photo reproduction was in its infancy.

The Great Fire left 90,000 people homeless, 300 dead, and caused more than $200M in damages after jumping the river twice in an unstoppable blaze that lasted for two days. 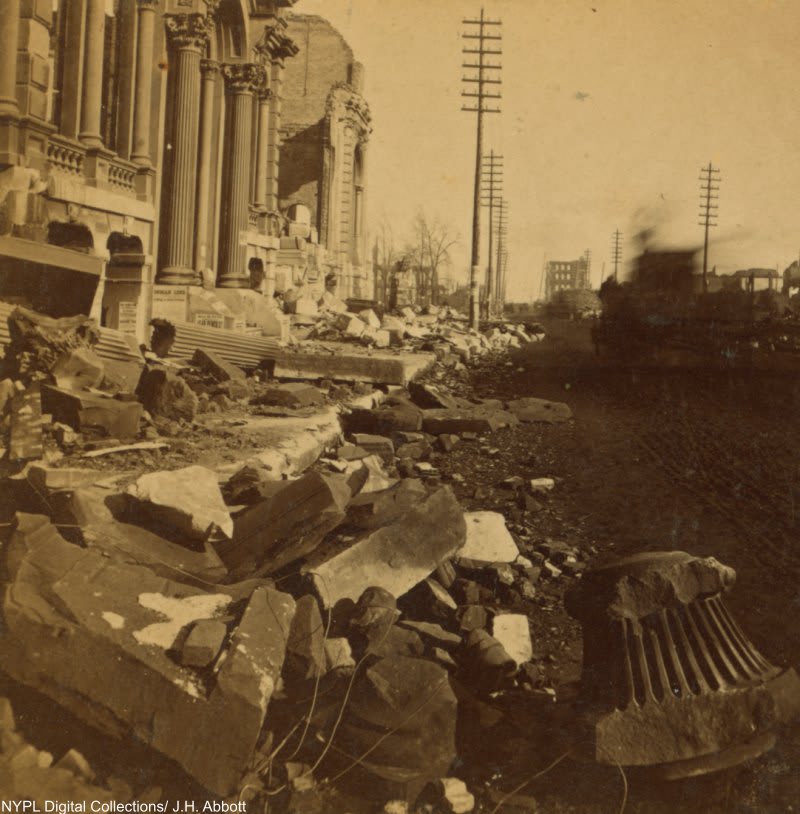 East corner of Washington and LaSalle streets. Via/ NYPL Digital 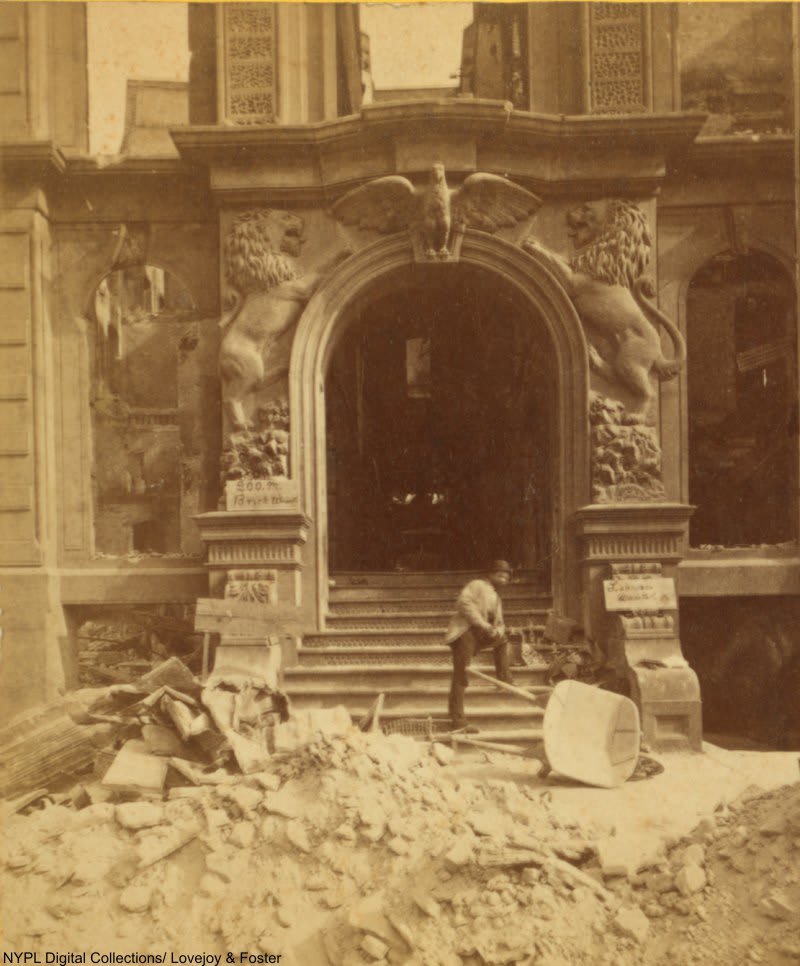 Building of the Republic Insurance Co., LaSalle Street. Via/ NYPL 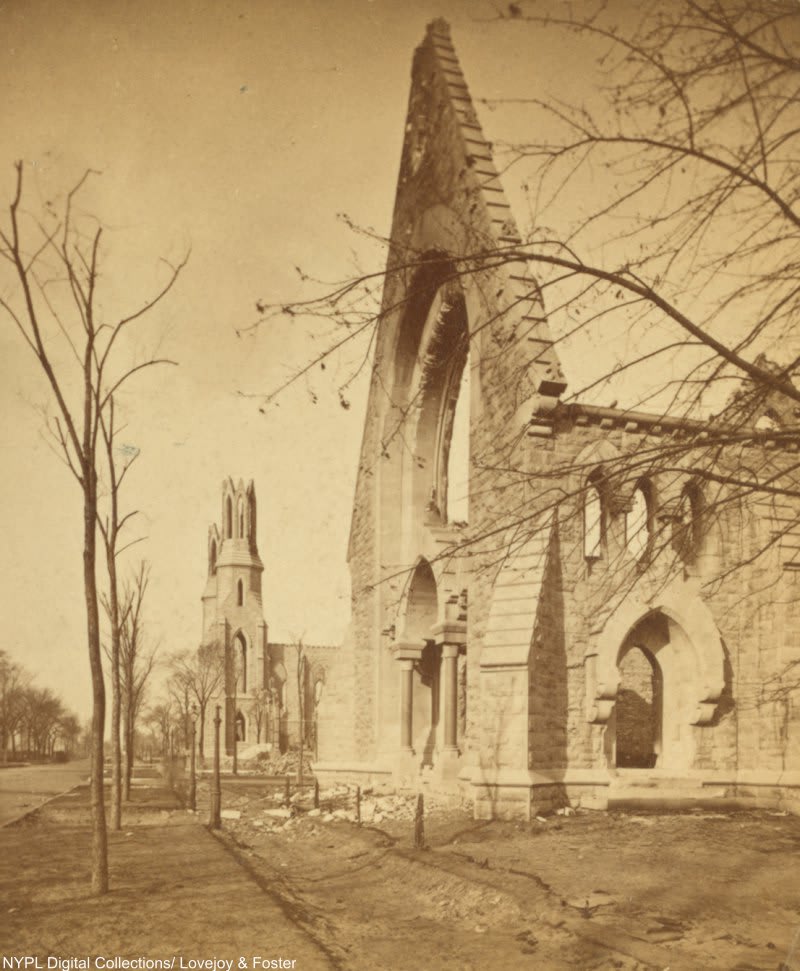 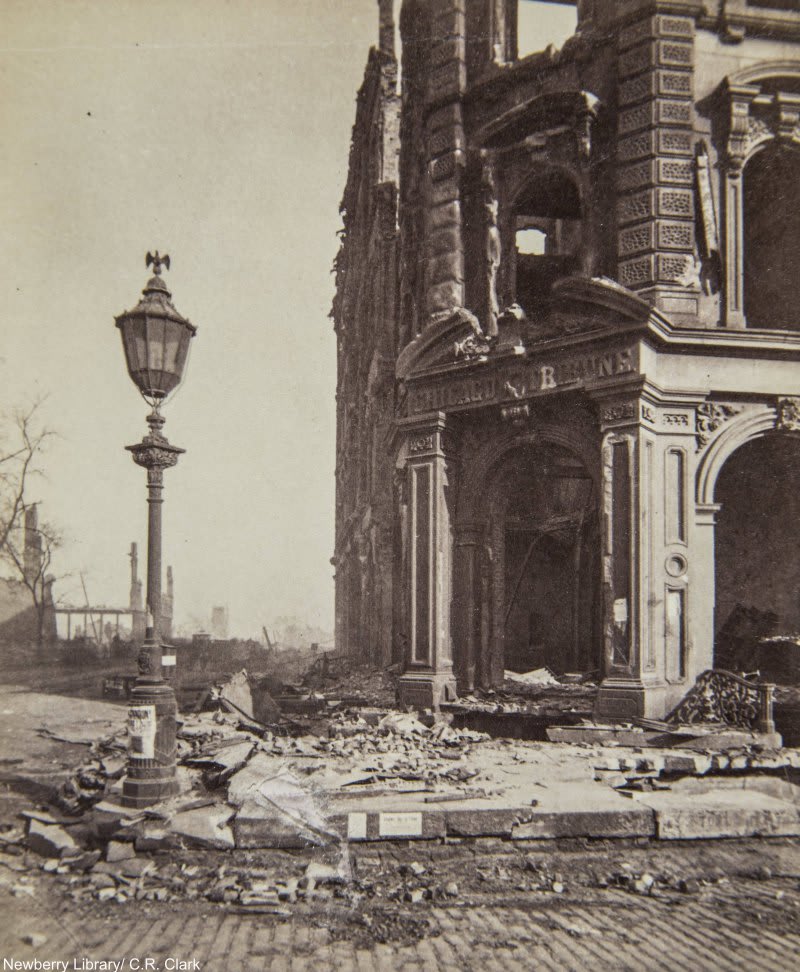 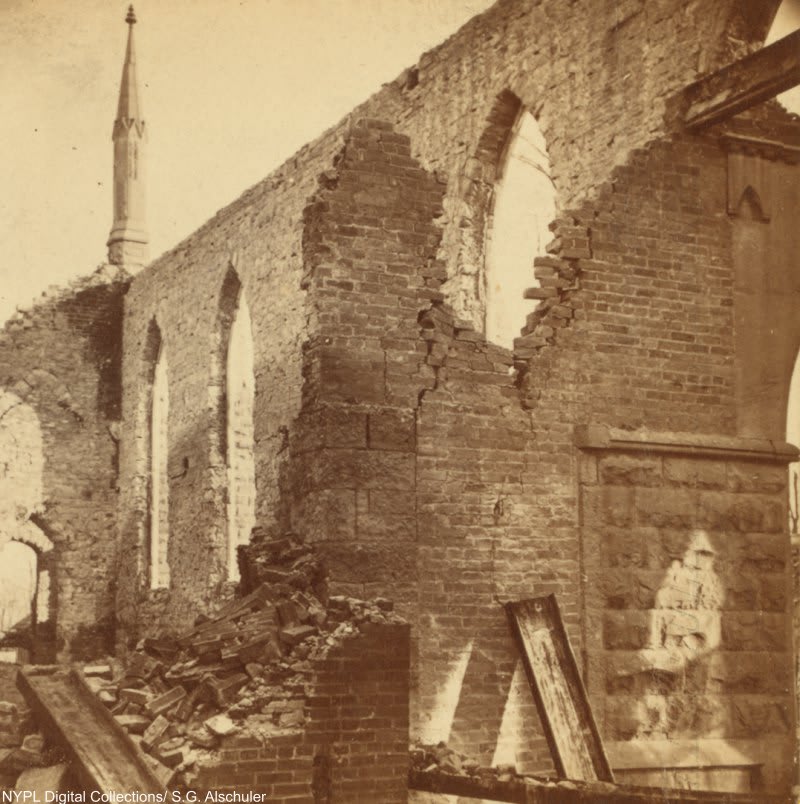 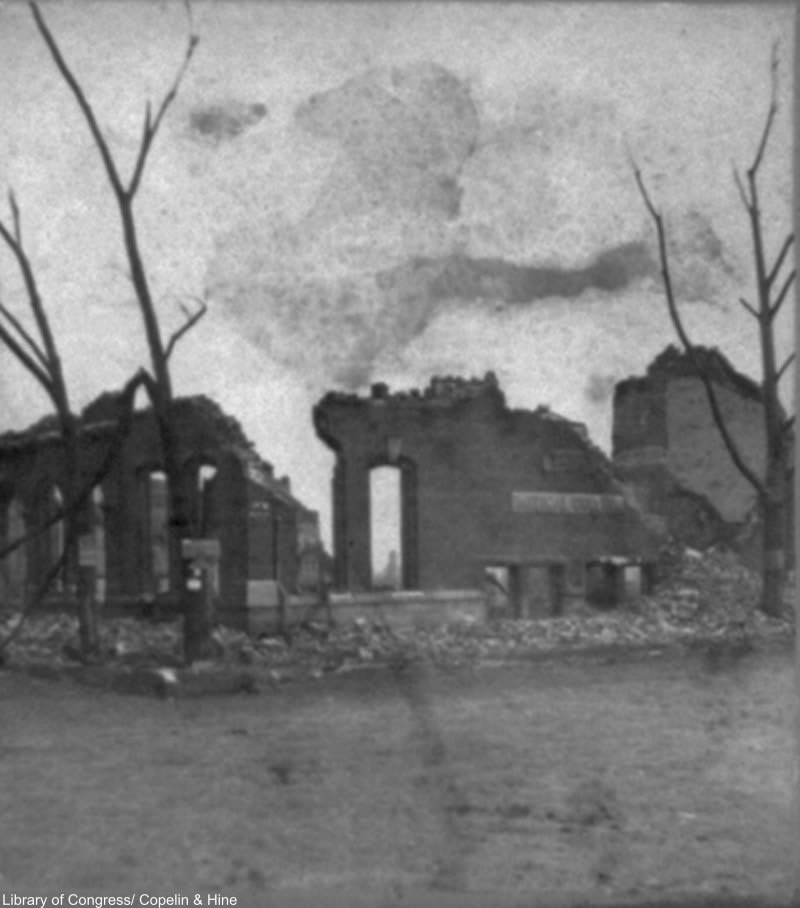 Rush Medical College after the fire. Via/ Library of Congress 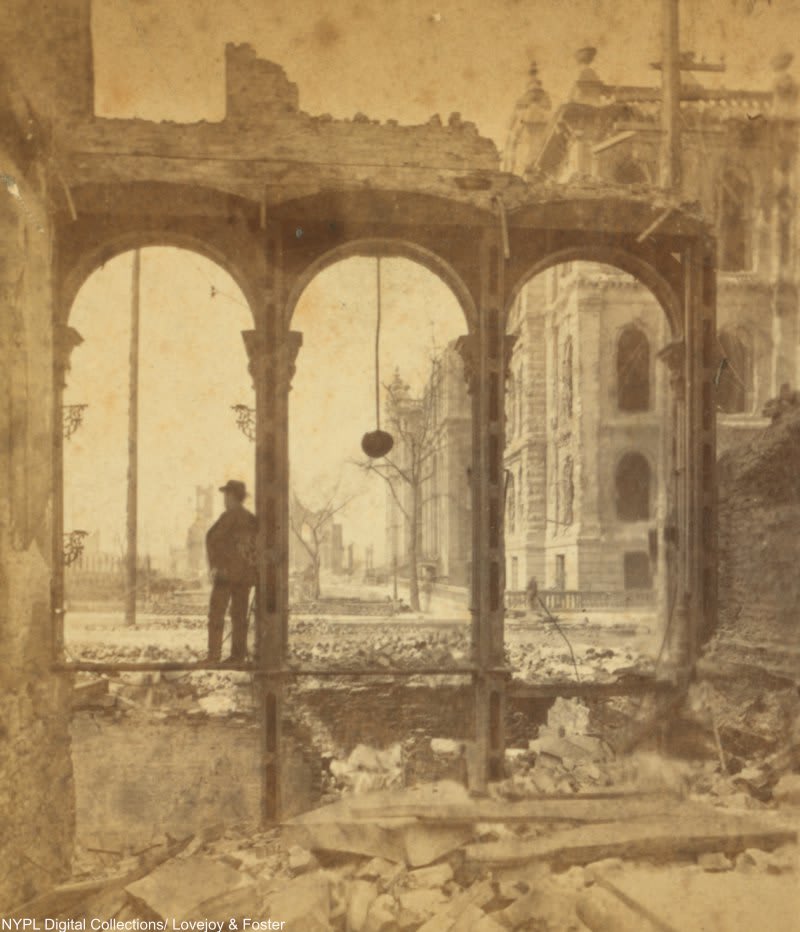 Court House, seen through ruins of east side of Clark Street. Via/ NYPL 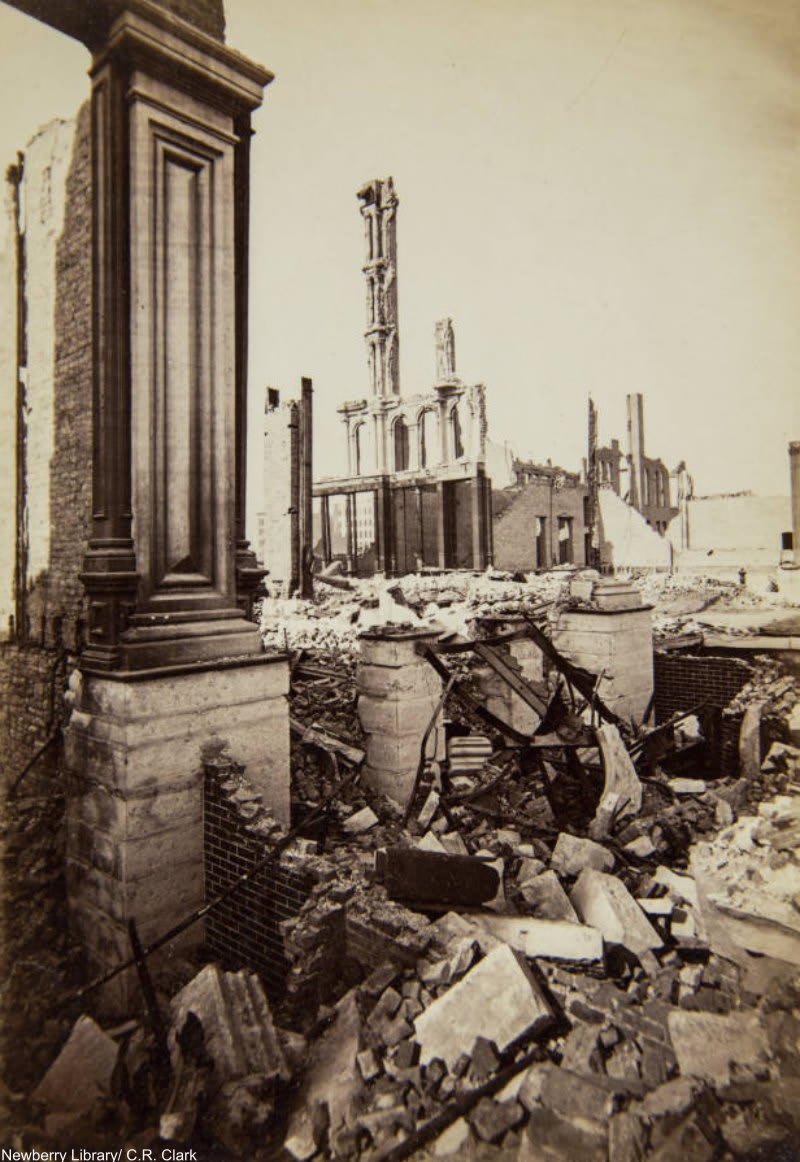 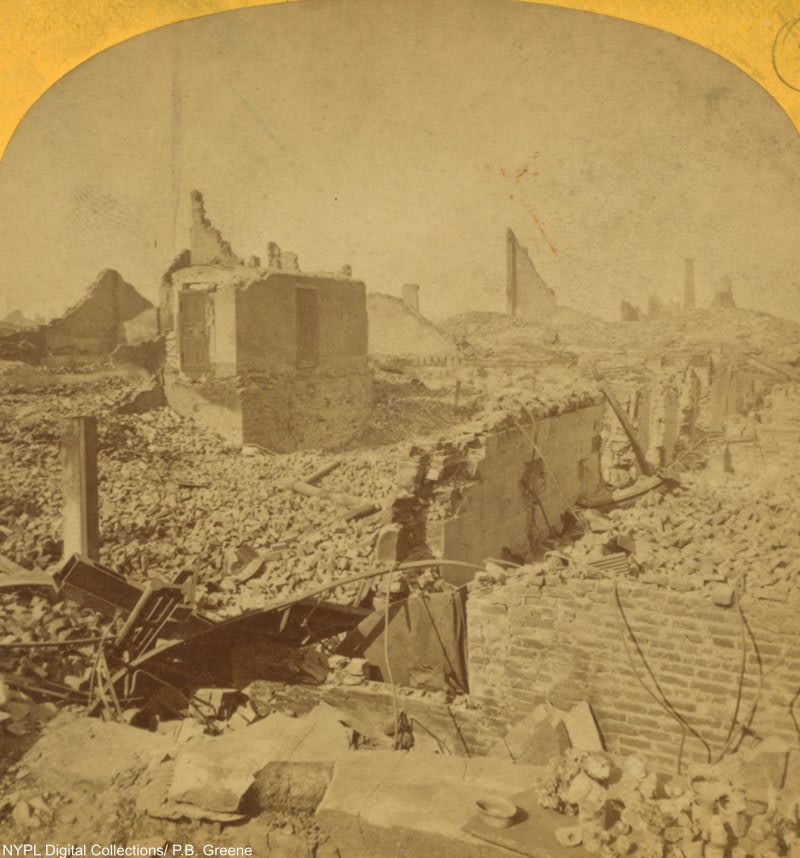 The American Express office at the corner of Dearborn & Lake Streets. Via/ NYPL 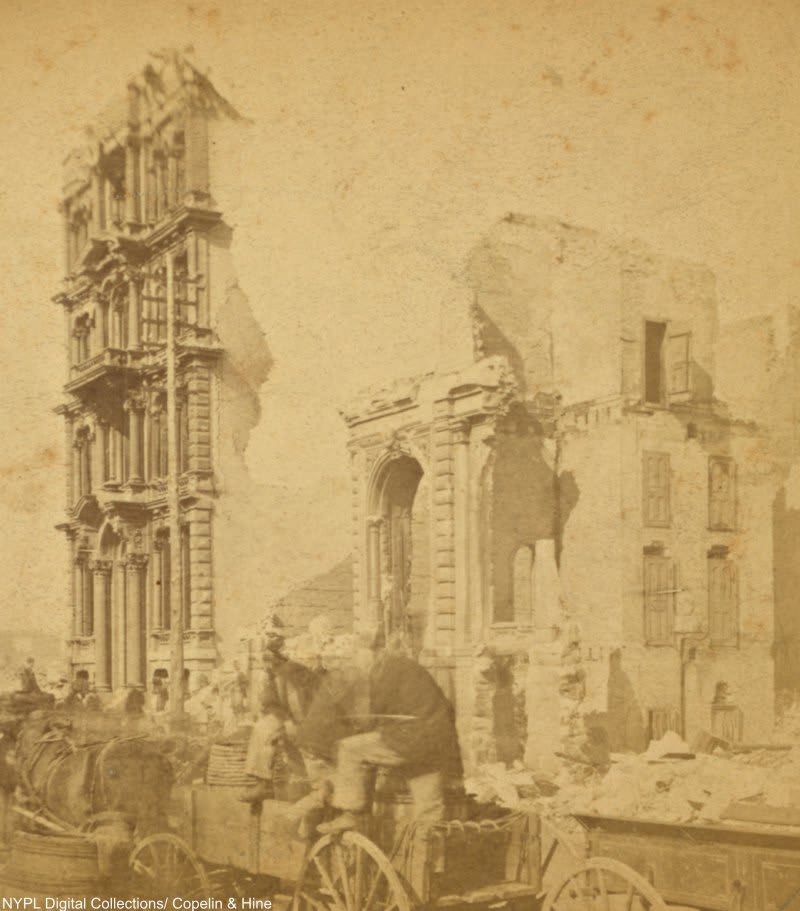 Click “Next Page” to see more historic photos of the Great Fire of Chicago!