The Destruction of the 1871 Chicago Fire Captured in Photographs

The Great Fire of 1871 in Chicago was the most devastating catastrophe to ever hit the city. For decades the city was affected by the fire which spread quickly throughout the metropolis. While it has been well established that the fire was not actually started by a cow, the fire is certainly an important part of American history. 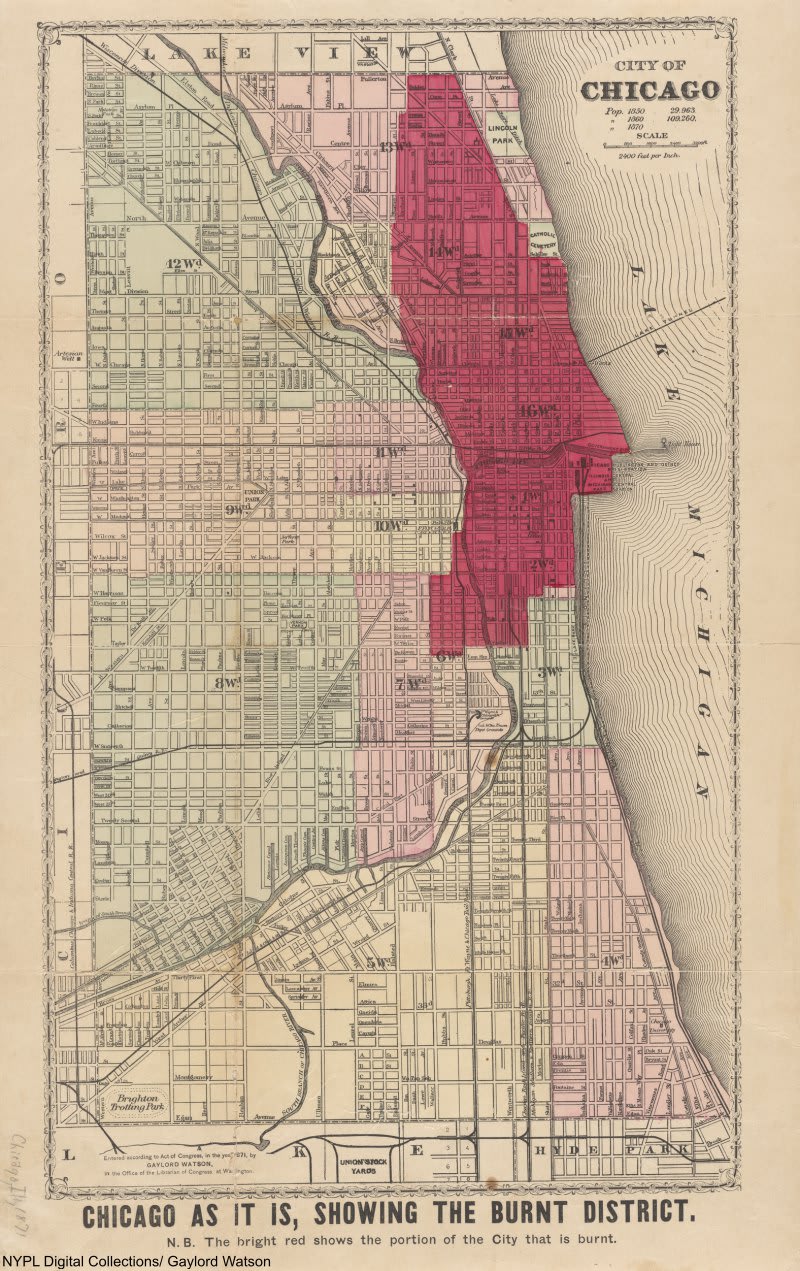 Map from 1871 showing the areas of Chicago affected by the fire. Via/ NYPL 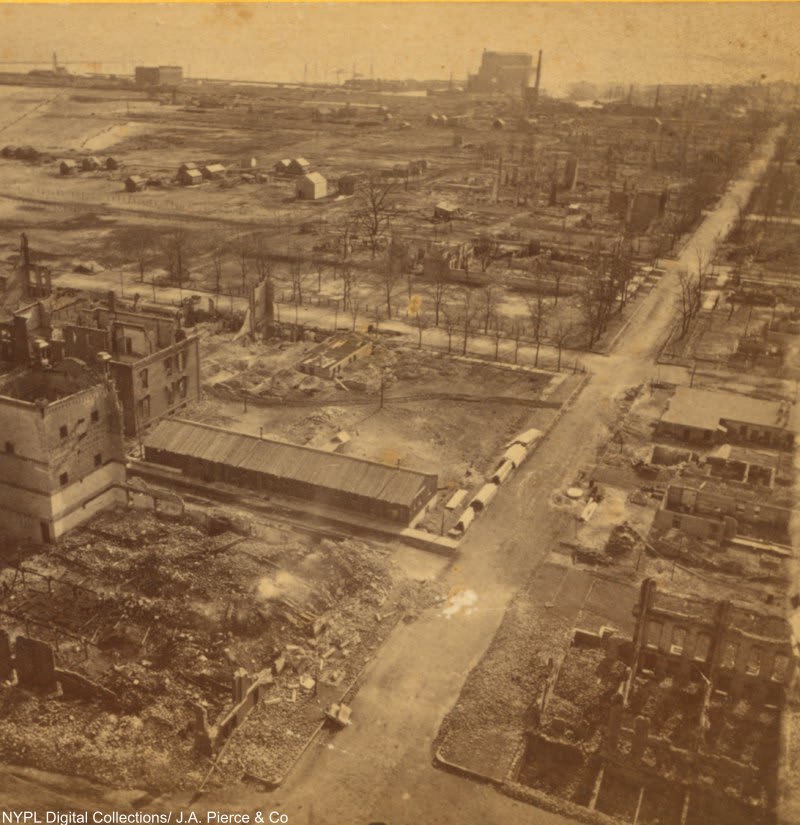 Birdseye view from top of waterworks, North side. Via/ NYPL 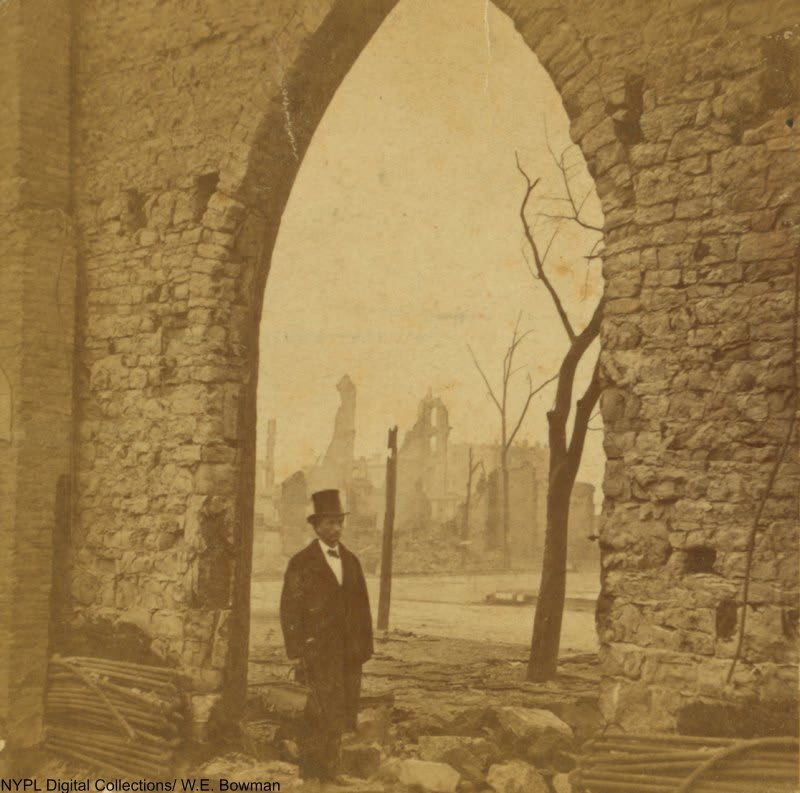 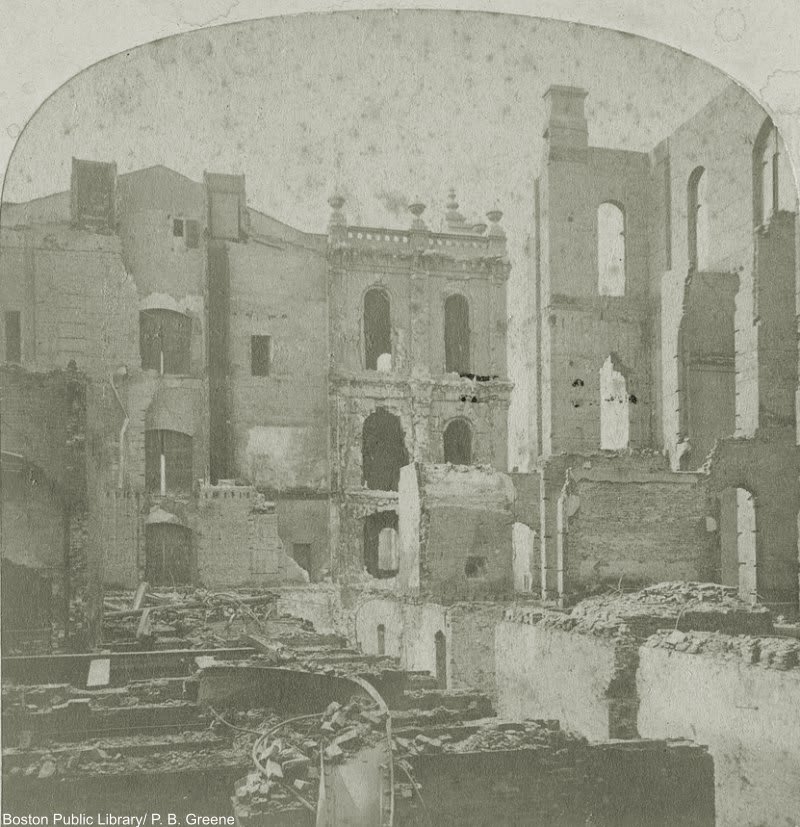 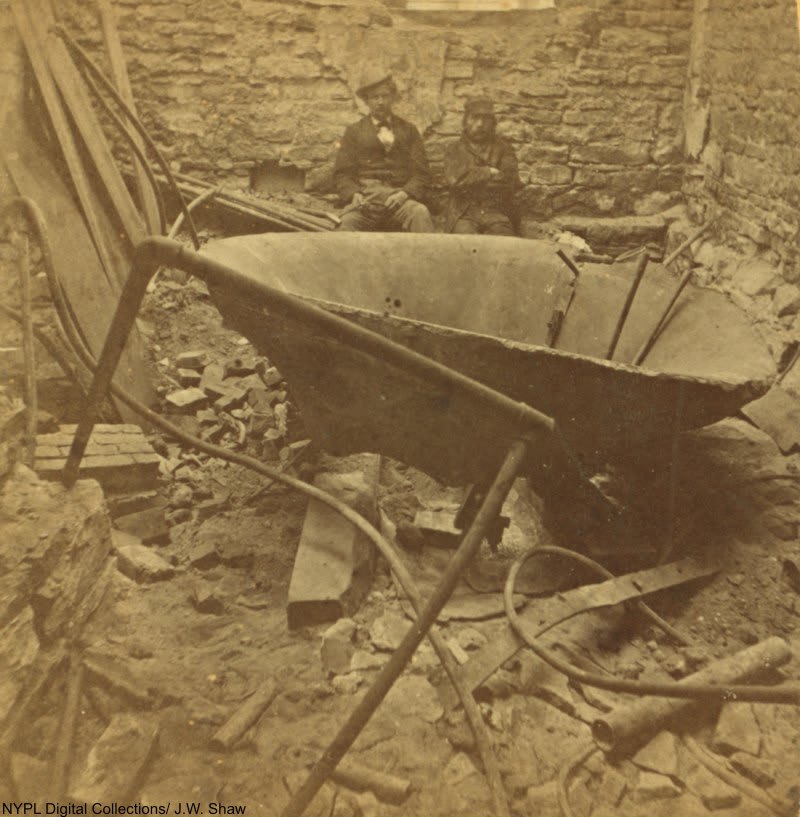 The courthouse bell after the fire. Via/ NYPL

The city looks like it’s been bombed, with many blocks completely destroyed save for the odd wall or telegraph pole still standing here and there. 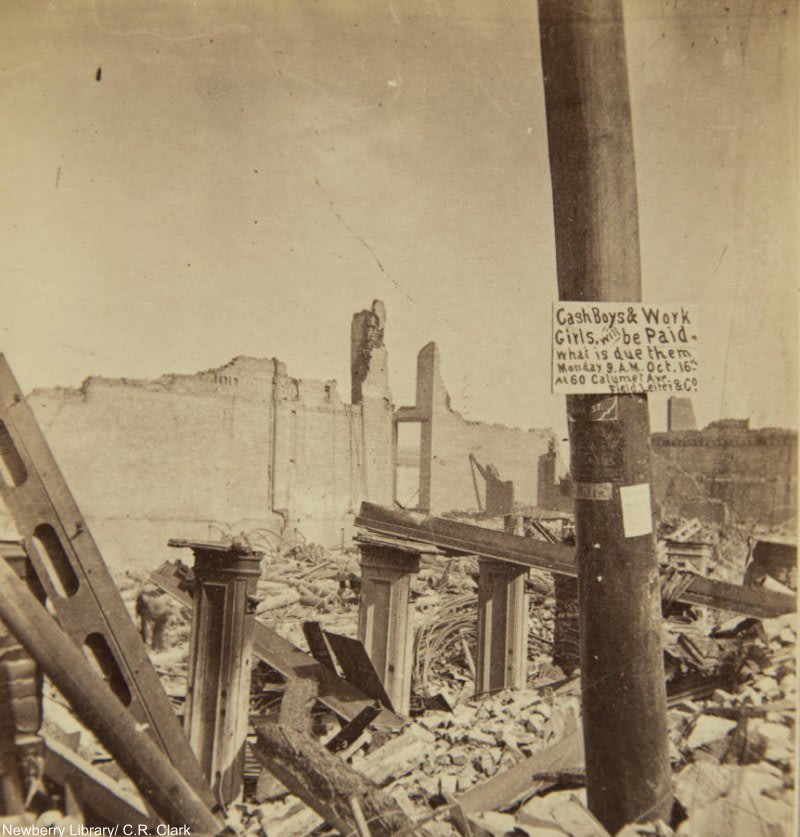 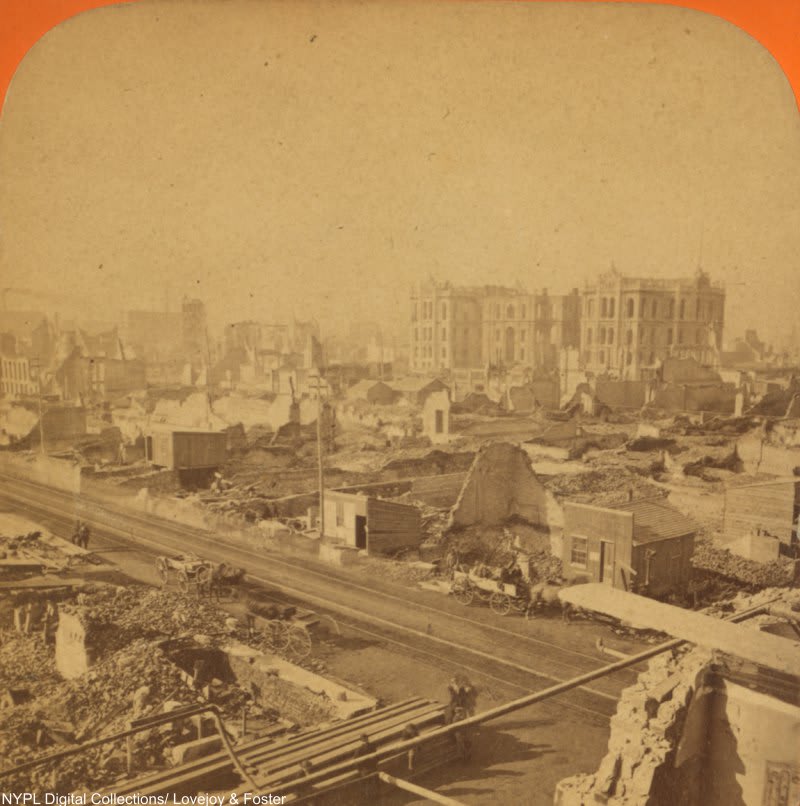 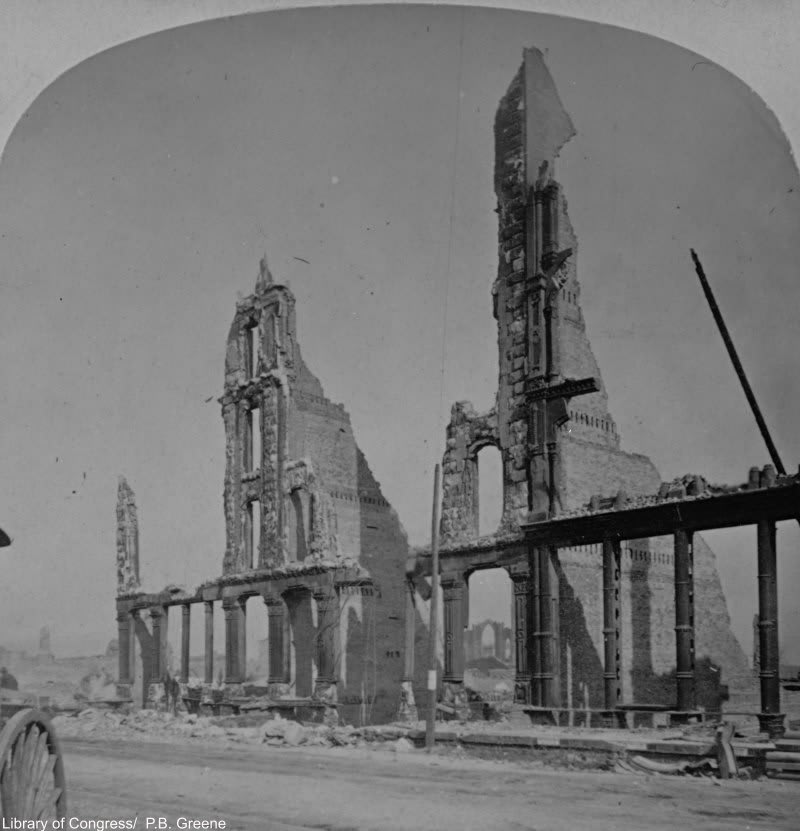 “Booksellers row.” Via/ Library of Congress 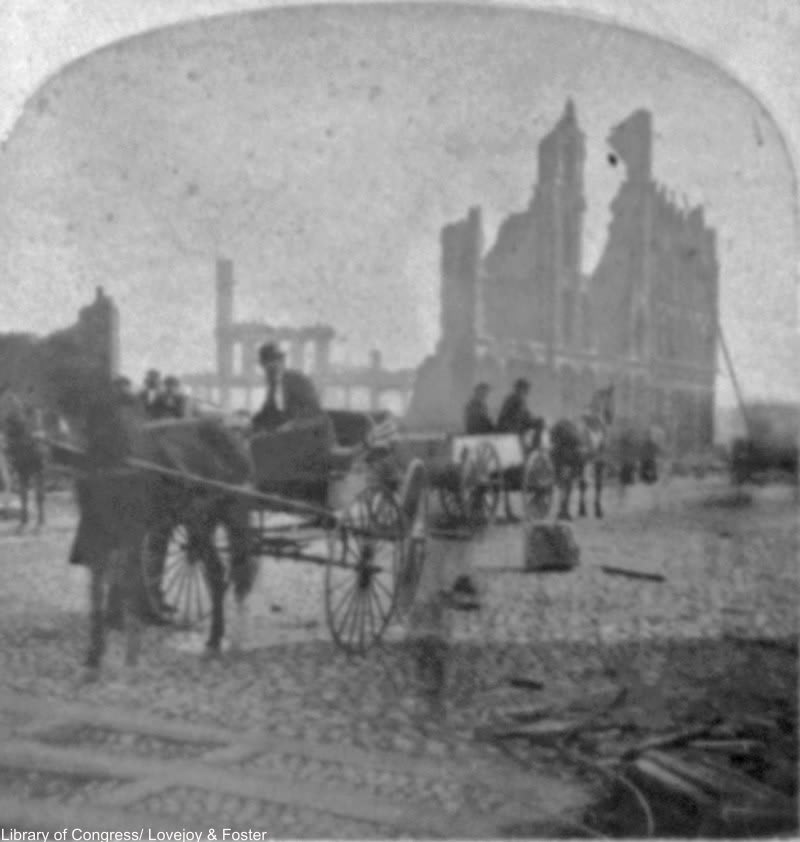 Another view of booksellers row. Via/ Library of Congress 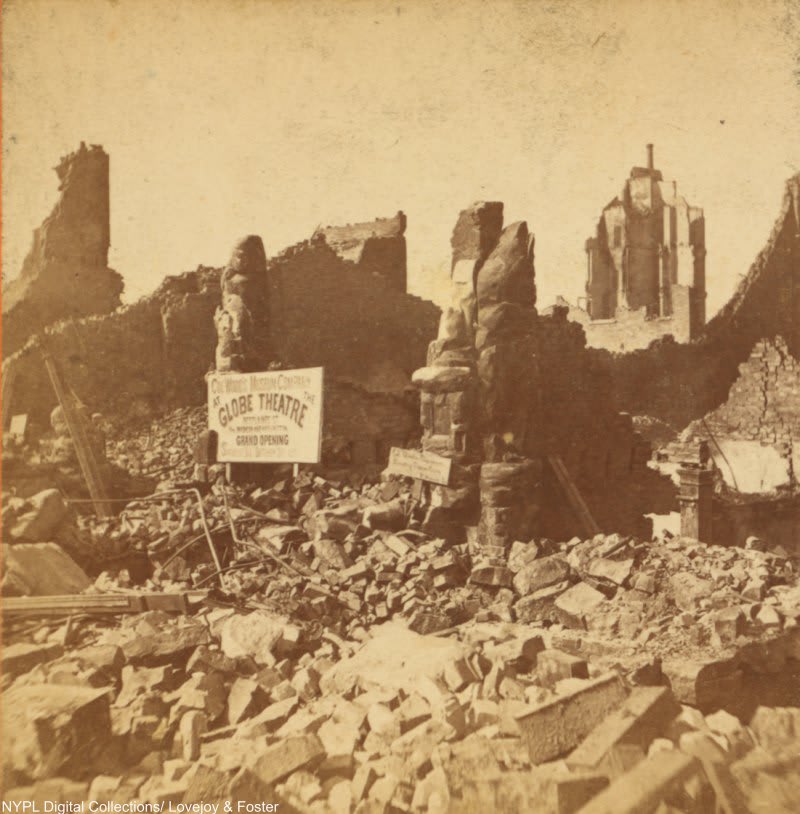 Colonel Wood’s Museum and the Globe Theater. Via/ NYPL

Click “Next Page” to see more historic photos of the Great Fire of Chicago!