In the 1700s Smallpox Scars Were Actually Sometimes Desirable

Smallpox was a disease that ravaged the world for centuries. Particularly virulent strains were almost always fatal. But, back in the days before modern medicine, different strains of the smallpox virus were not known and so it was assumed that smallpox had a very likely chance of killing you if you caught it. This chance became increased as one aged so people were pretty terrified of the infected. But, there were instances when evidence of the disease could be helpful. 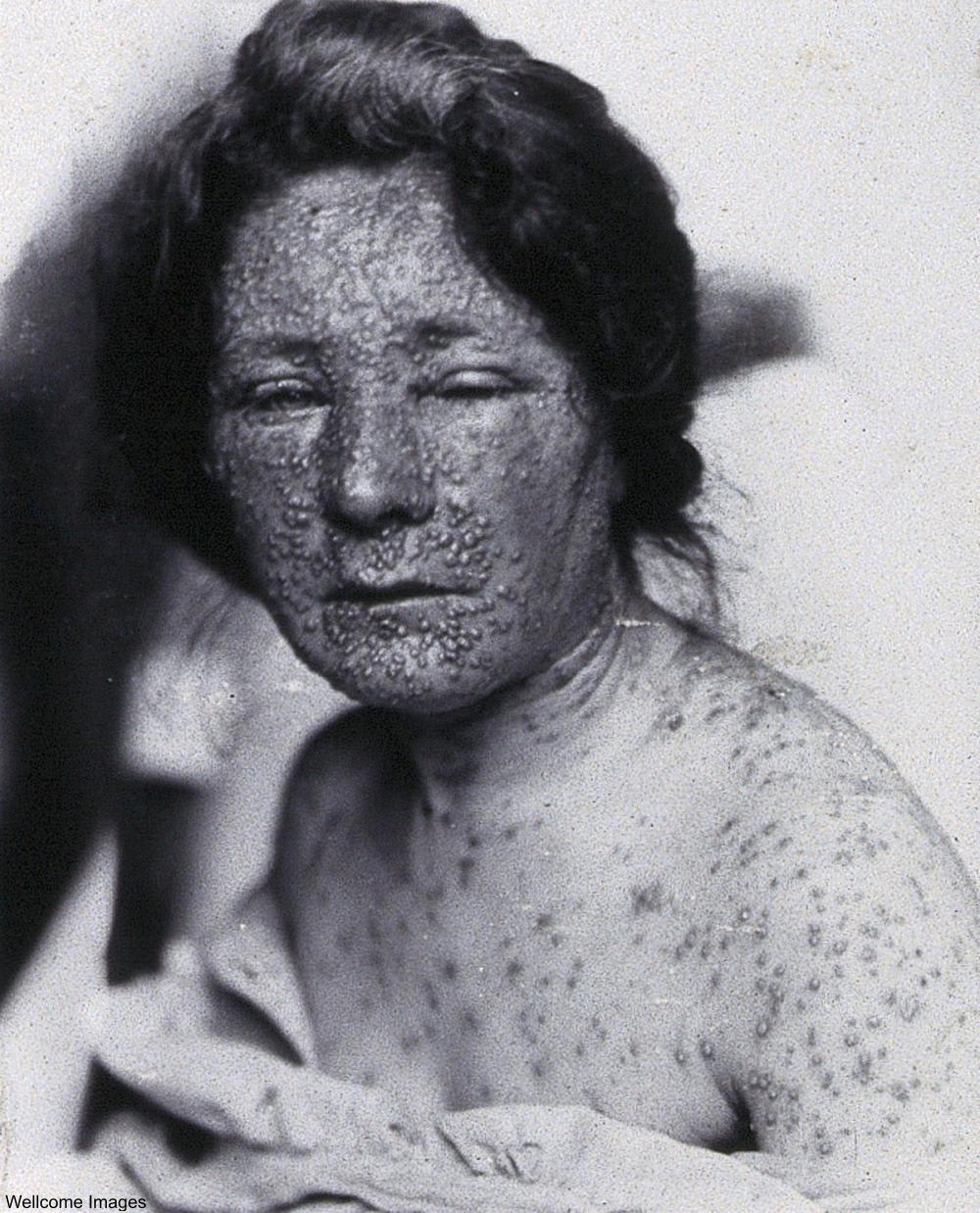 Catching Smallpox in the Old Days

An early and unofficial form of the smallpox vaccine was to place a coin which had been rubbed on a infected person onto a cut on an uninfected child to give them a more mild form of the disease. Pus from a smallpox blister could also be used directly in an incision on the child’s hand for the same purpose. Early vaccinations were later thought to have not provided lifelong immunity, though it is unclear if modern vaccines can always provide this either.

Much like making chickenpox-infected children visit with uninfected kids, this was meant to save them the pain (and maybe worse scarring) of developing the disease later in life. It wouldn’t be until 1796 that the rural English doctor, Edward Jenner, discovered that milkmaids who had been exposed to cowpox were immune from smallpox as well. The term vaccine comes from the term Variolae vaccinae which is Latin for “smallpox of the cow.” It wasn’t until 1840 that the English government began to issue smallpox vaccines for all citizens. 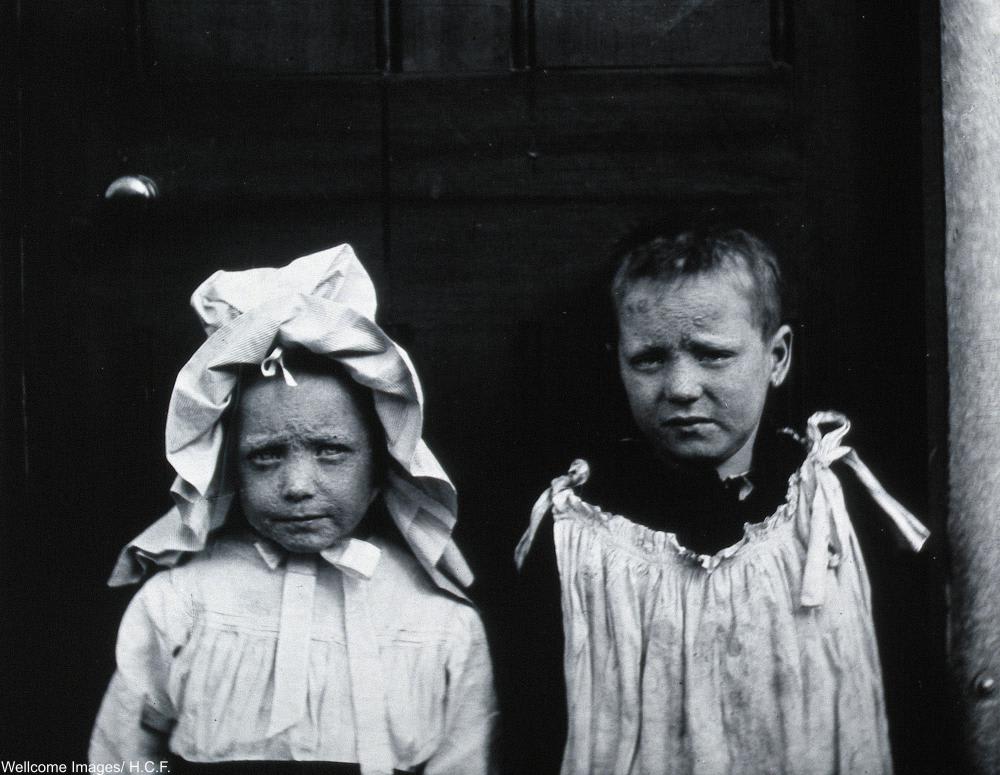 Jenner’s theories were not well regarded at the time, despite the fact that he used his own son in trials to prove its effectiveness. The medical community in Europe was also ignorant of centuries-old practices in various parts of the world which amounted to the same sort of impromptu vaccinations given by poor English people. 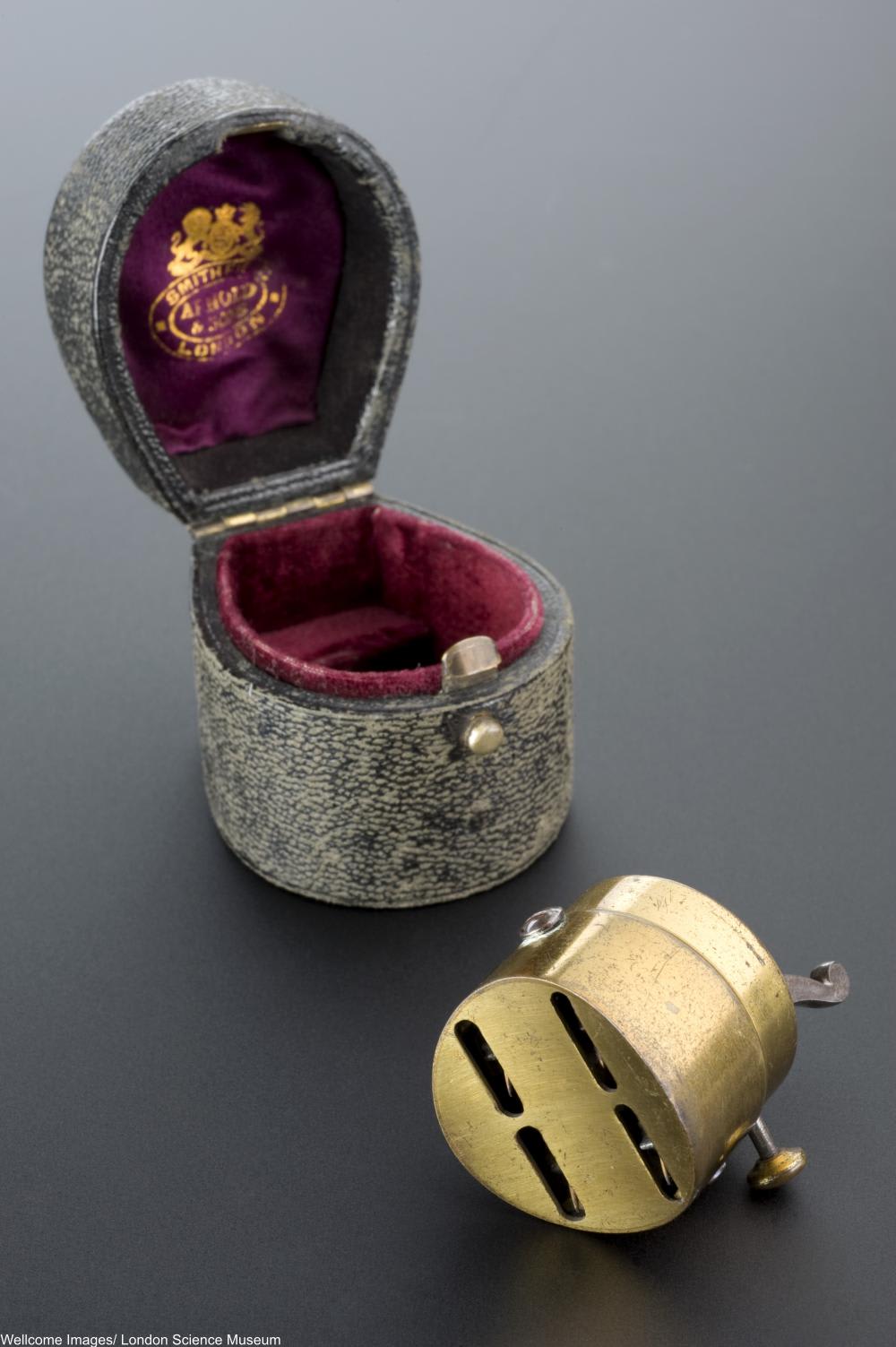 An early inoculator called a “scarificator” which made small cuts in the patient’s skin for vaccination. Via/ Wellcome Images

The Scars of the Disease

For some people the gruesome scars that sometimes came with smallpox was actually a good thing, provided that the disease hadn’t left them blind (as it so often did). Smallpox causes one’s skin to break out in large blisters all over. For vanity’s sake, it’s true that smallpox scars were undesireable at all levels of society. Wealthy women would hide their scars with makeup, but this is because they had little to prove except for their beauty. For the middle and working classes, however, employment was everything. 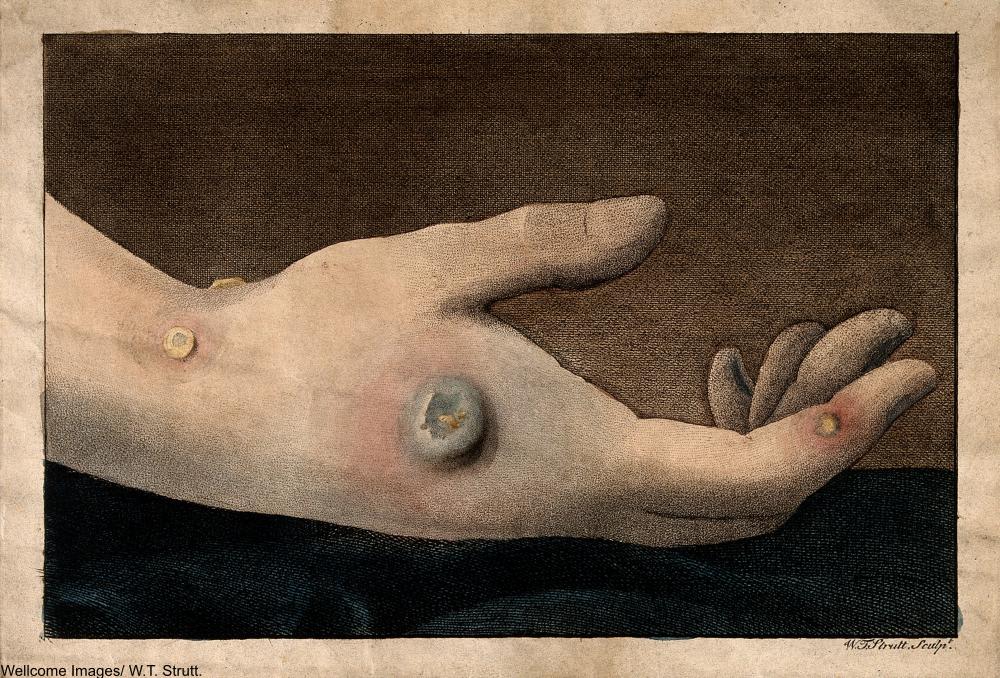 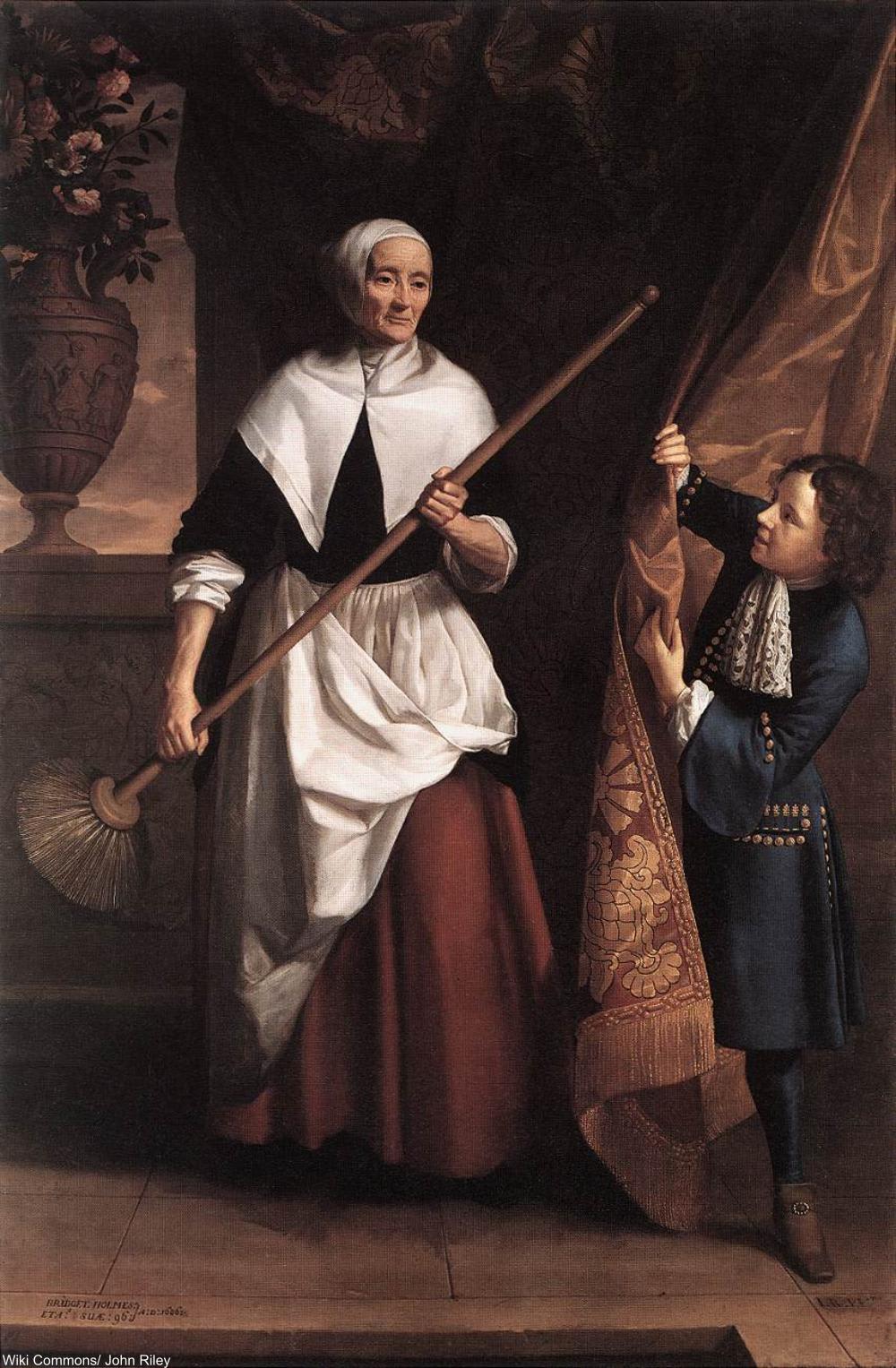 The fact of the matter was, despite a general fear of any kind of physical deformity or impairment, employers at the time actually didn’t shy away from those applying for jobs who happened to also have smallpox scars. A job applicant with scars could not give their employer the disease, which was a very welcome reassurance for employers who had never had it and wanted things to stay that way.

There is even some evidence that employers of domestic servants preferred their staff to have smallpox scars as a matter of course. 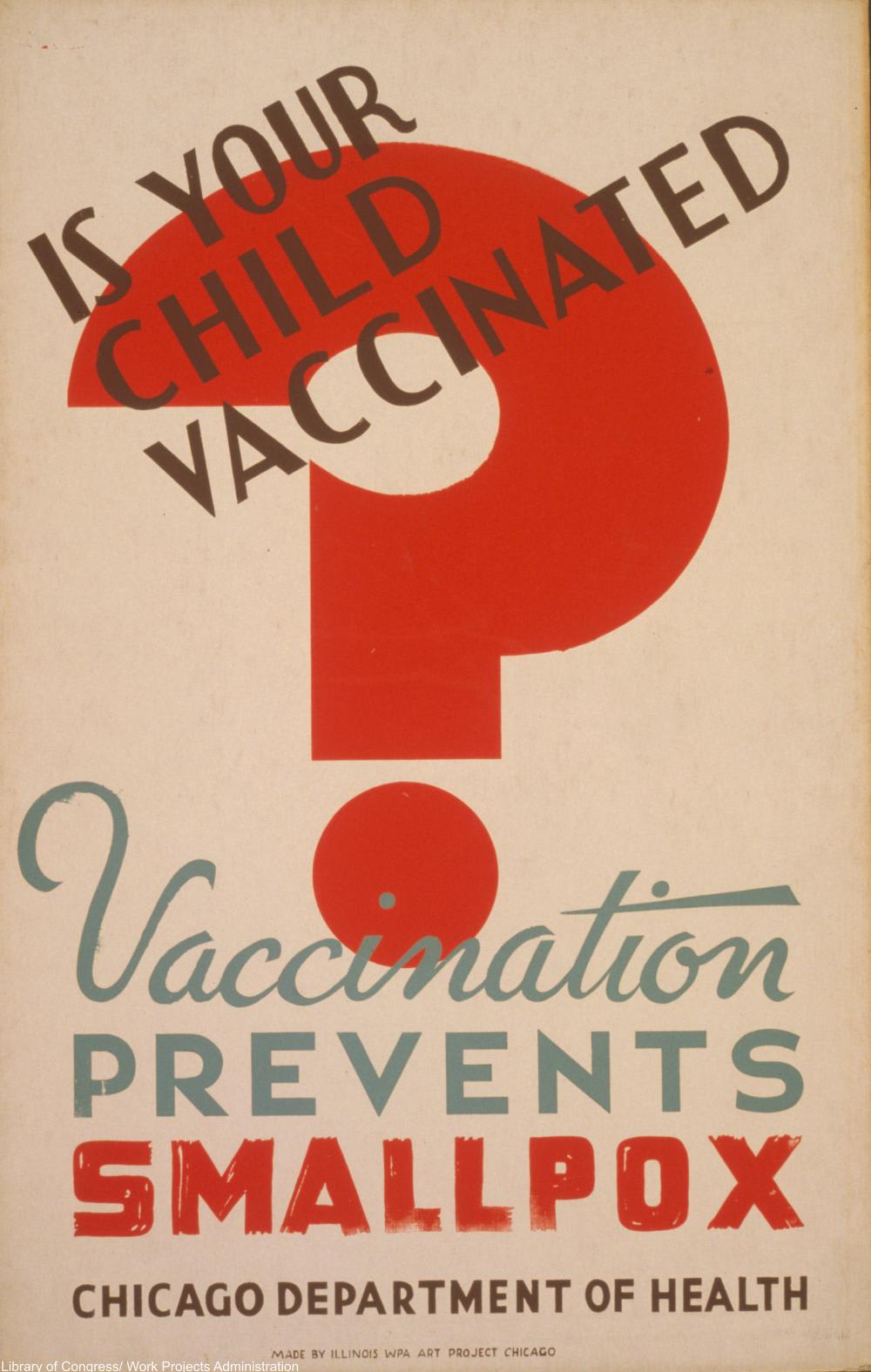 After more than a century of extensive vaccination campaigns, smallpox was officially declared an eradicated disease in 1980– that’s nearly 200 years from Dr. Jenner’s initial discovery! In the time before vaccines, however, scars were the next best thing.

5 historical inventions you won't believe ever existed: Click “Next Page” below!