Do you remember when the milkman would still come through your neighborhood? We certainly do! What we didn’t know is that this is a job that people have held way back into the early 1800s. The following images share a pictorial history of the job of the milkman and milkwoman from 1870-1950. 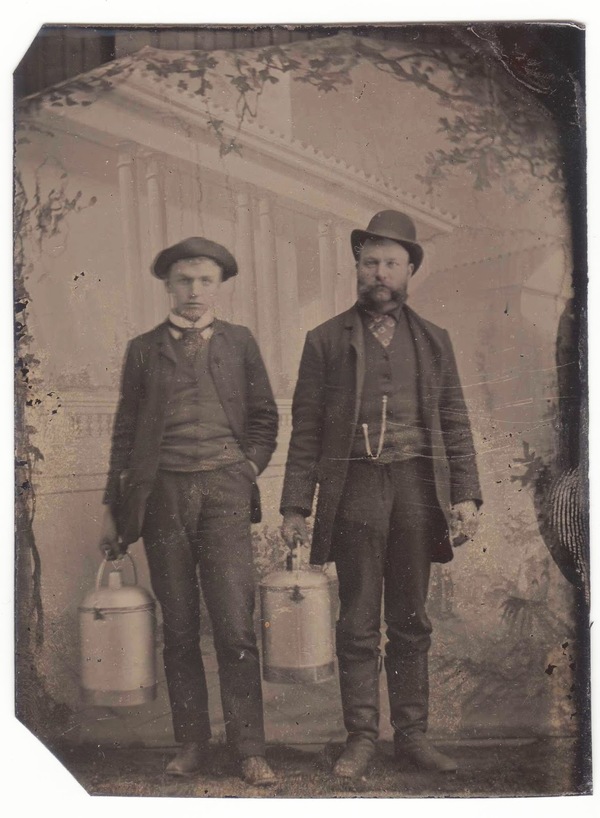 This photo from around 1870 is one of the first-known photos of a milkman. As you see, they operated on foot and went door to door with their goods. Hit Next Page for the next photo… 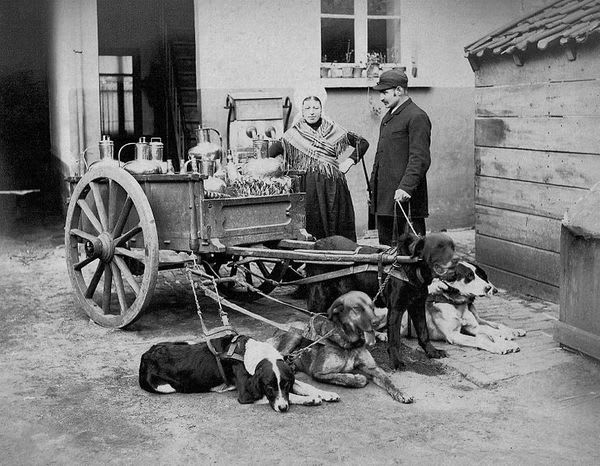 This astounding photo from the 1880’s captures a team of dogs that helped their family move their milk cart throughout the village. Many early milk carts were family affairs and they sold other goods as well. 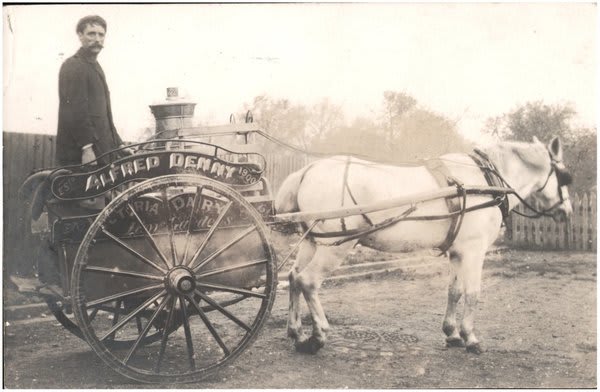 Around the turn of the century, the milkman trade became a one-man show. A man with either a dairy farm himself or a connection to a few of them would take a branded cart out each day. This photo from around 1900 shows Mr. Alfred Denny of Victoria out with his goods for sale. 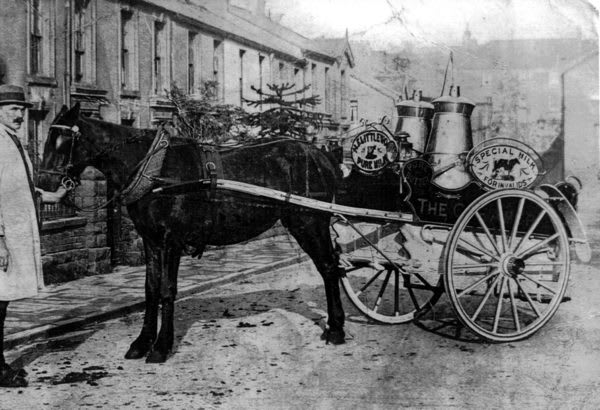 This phenomenon popped up all around the world. This photo from around 1900 from Thomastown shows another one-man cart out on the street. 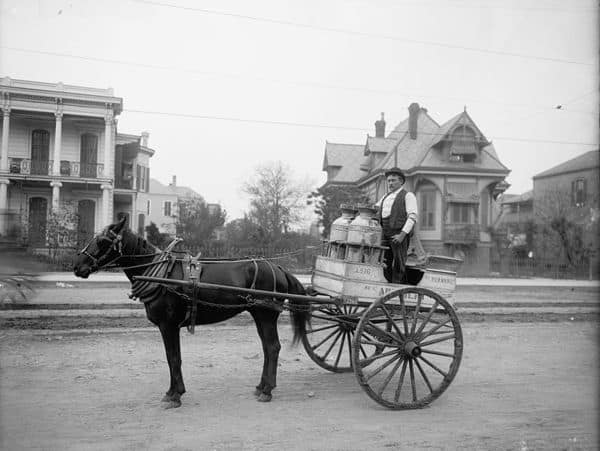 Back in the US, cities like New Orleans began to attract more up-scale milk delivery operations among the higher-class neighborhoods. 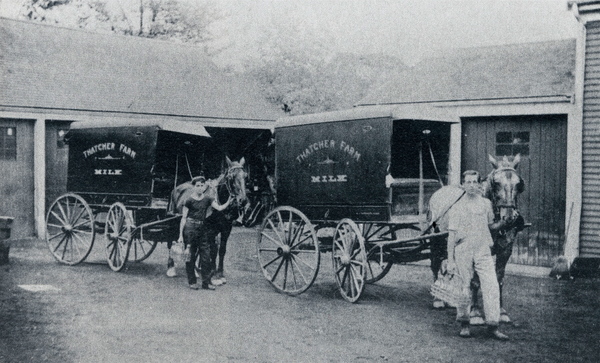 As larger dairy farms started to pop up around the country, they often took it upon themselves to master distribution of their milk, as seen here with this Milton, MA farm. 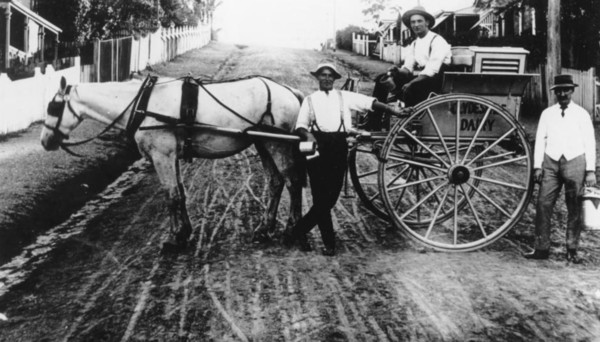 These family affairs provided a lot of great photos in the early 1900s. This photo from 1914 from the State Library of Queensland is a great example! 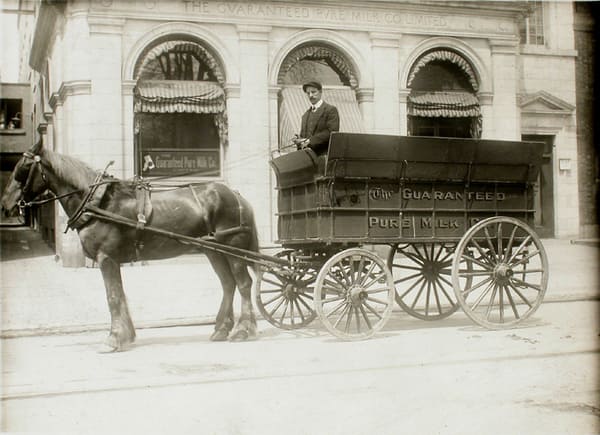 Meanwhile, in big cities, larger companies were trying to corner the entire market on milk delivery. This 1905 from Montreal shows a full-scale operation from the Guaranteed Pure Milk Company delivering throughout the city. 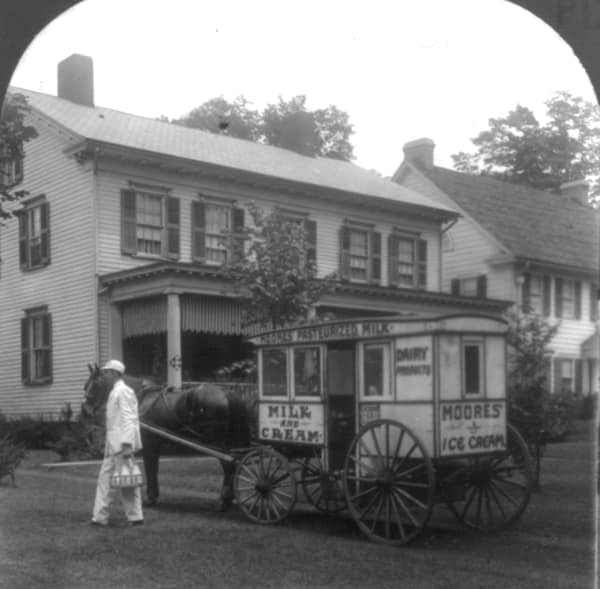 Meanwhile in the smaller cities, some of the milkmen decided to expand operation to cream AND Ice Cream as well. Here’s a great photo of what is a hybrid milk cart and ice cream truck. 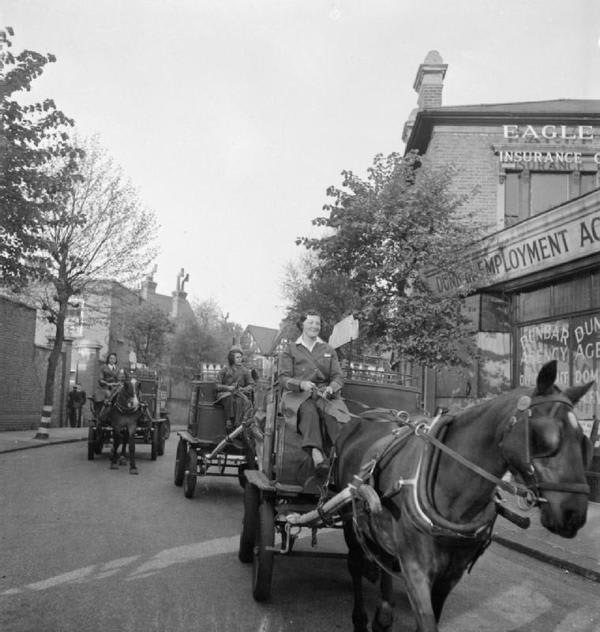 During the early years of World War II, women took up most of the milk delivery jobs, as you see in this 1942 photo from the UK. 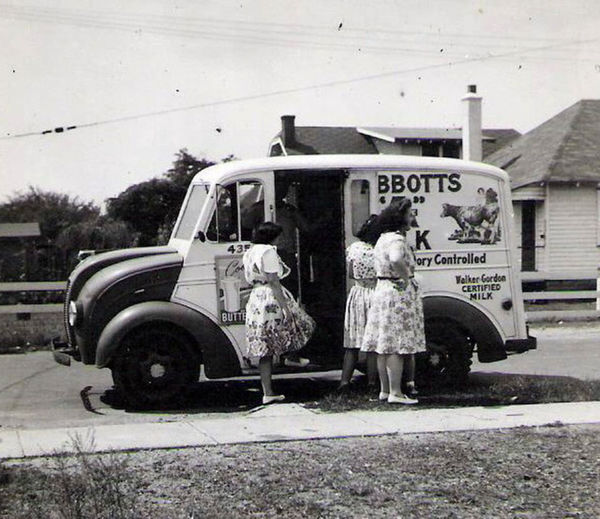 After the war, however, milk and butter delivery trucks popped up all over the country. 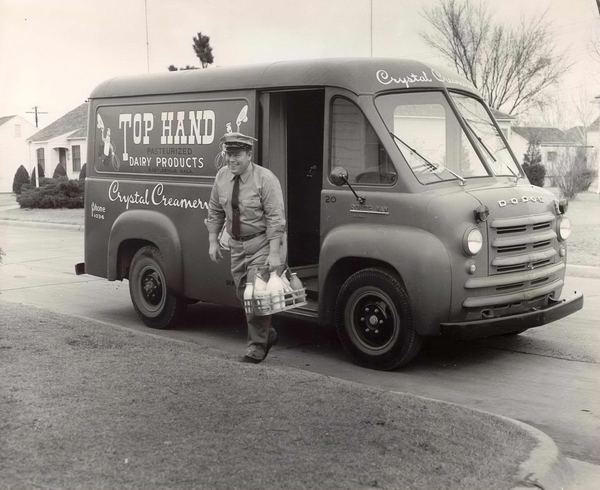 This was a pretty standard scene that many of us remember. They’d even sometimes bring pre-made chocolate milk! 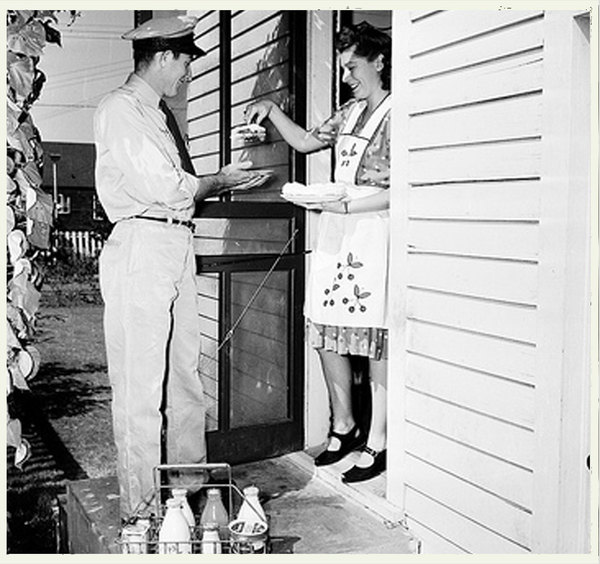 And all of these deliveries can be captured in this great photo from the late 1940’s that shows the conversation and community that often happened between deliverymen and their customers.