We often hear about folks living past the age of 100 as if it were the greatest achievement. However, there is one woman who lived to be an incredible 122-years-old. Born in 1875, Arles, France, she was already an adult by the time the turn of the century arrived, and was already middle-aged (though that is a subjective term) by the time World War I broke out. In the end this strong woman outlived her entire family and didn’t pass away until 1997. Her lifestyle is in some ways surprising and in other ways not so much. Find out what might have made her so resilient and vital for so many years. 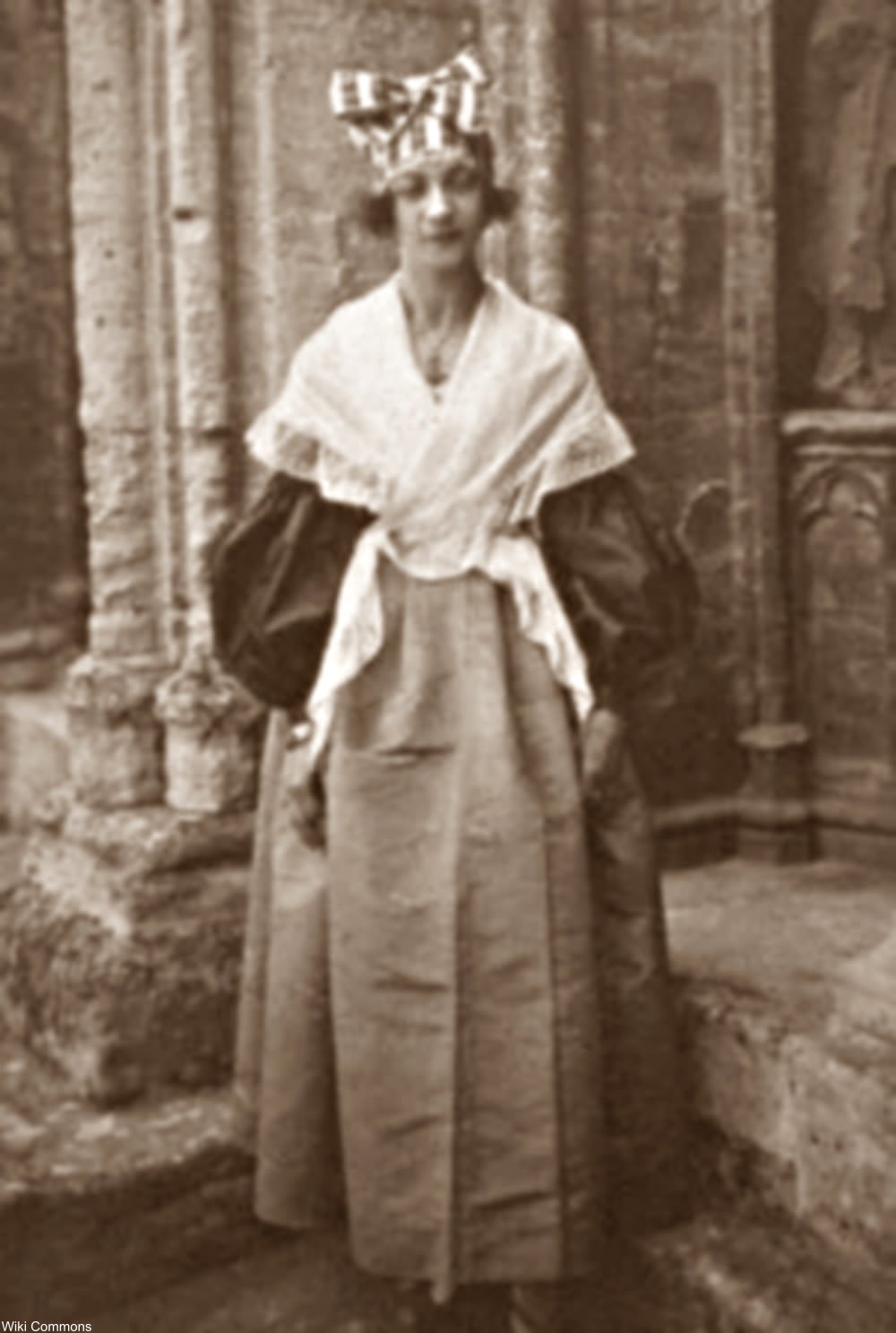 Jeanne Louise Calment outlived her husband, her daughter, and even her grandson, by many many decades. Her husband had died when he was 74 (poisoned by spoiled cherries), her daughter when she was just 36 (pneumonia), and her grandson when he was 37 (car accident). Calment signed a sort of reverse mortgage at the age of 90 and the man at the other end of the contract had banked on outliving her and getting her apartment. Instead, Calment outlived him (he was 40 years younger than she was) and his family had to continue making the payments to her even after his death.

Calment lived to be 122-years-old, a world record for longevity which has still not been broken yet. She once met Vincent Van Gogh (who lived from and upon being interviewed on her experience for the film Van Gogh and Me at the age of 113 she became the oldest person ever to appear in a motion picture.

All this begs the question: did Calment’s lifestyle extend her life? Or was it just genes?

The Good, the Bad, and the Ugly: Her Routines

Calment was a religious Catholic who went to church, but she expressed disbelief in an afterlife. Some have theorized that her faith helped her to maintain a positive attitude, but that is quite subjective.

We do know that people who attend can live longer lives and the reasons researchers suspect is that they (1) have more of support network (2) have healthier immune systems – probably from attending services and being exposed to germs and (3) have lower rates of high blood pressure and depression.

She used olive oil as her facial moisturizer and like many women of her era, she only used a touch of powder on top. Olive oil also featured prominently in her diet. 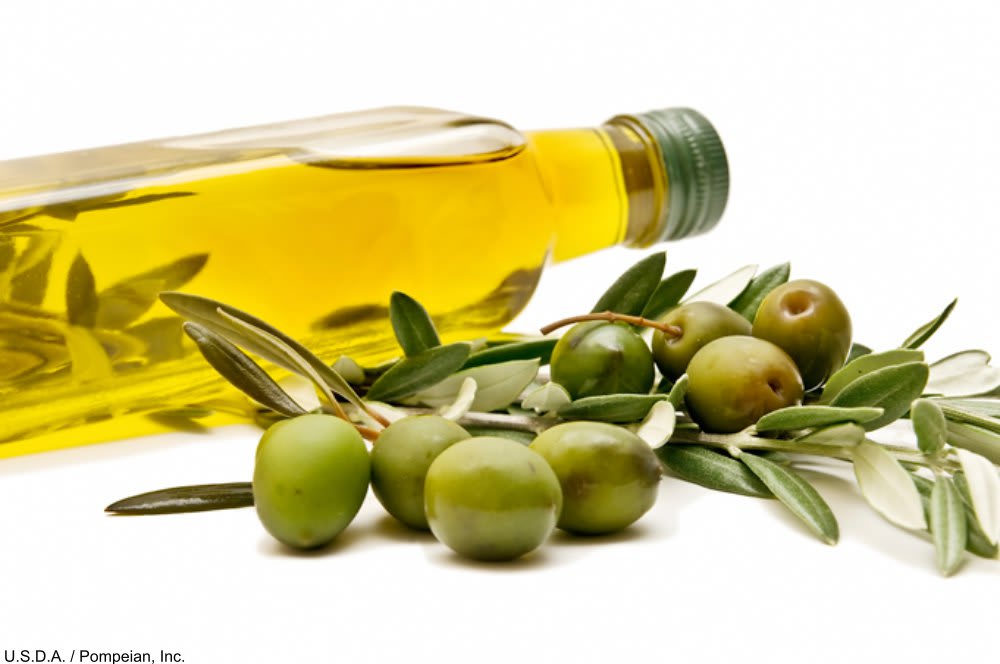 Calment also smoked cigars after dinner until she switched to cigarettes. However, she usually did not have more than 2 cigarettes per day, unlike most smokers who often are stricken with lung cancer or COPD in their later years. Her moderation in this area certainly must have helped her to live as long as she did.

Calment loved wine, chocolate, and fried foods – sometimes to excess. Her caregivers in the nursing home reported that she sometimes went through a kilo (two pounds) of chocolate in a week, the equivalent of having 2 or 3 candy bars per day! 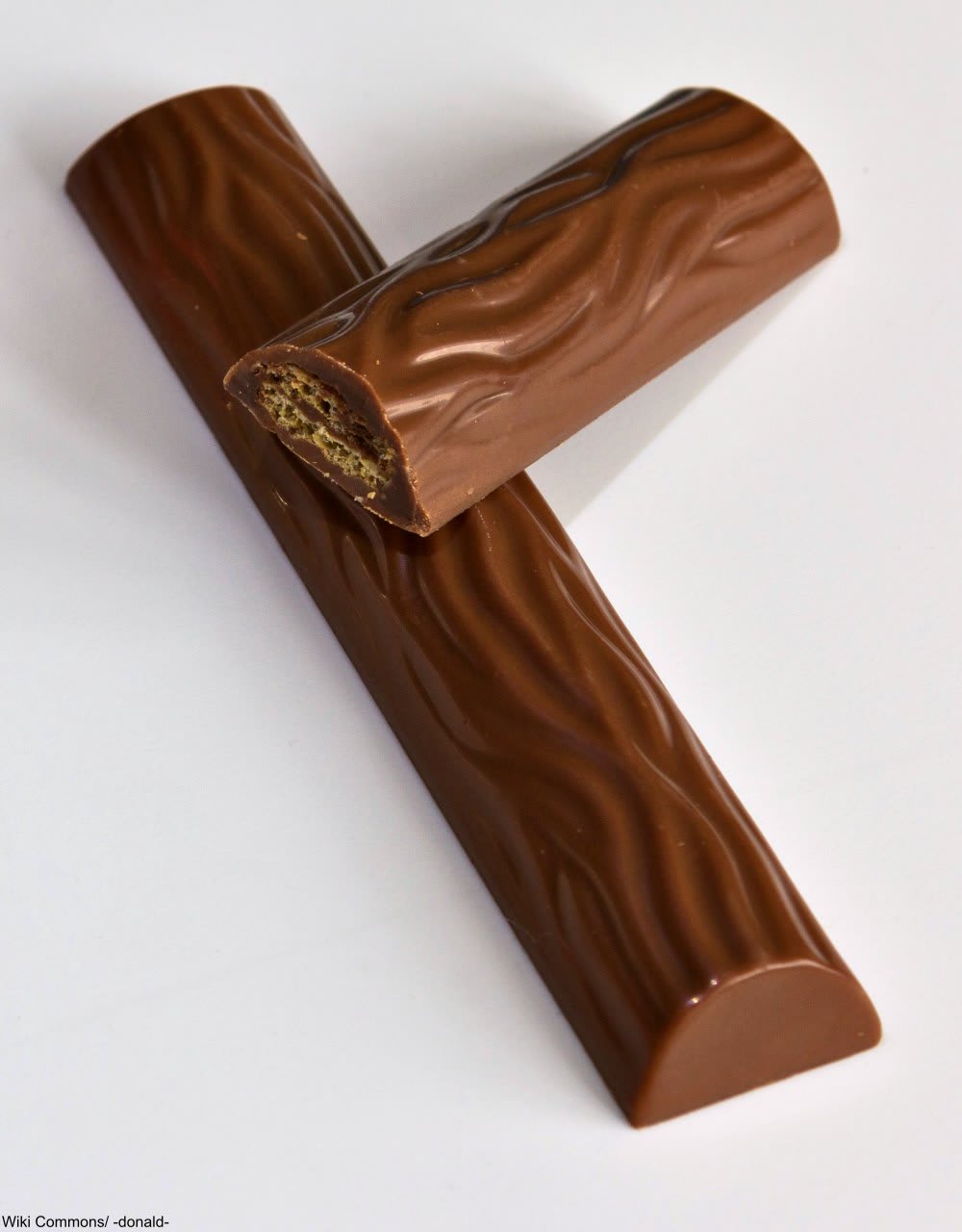 There is another point in Calment’s favor: she was a very laid back person who reportedly didn’t not often get stressed out. Indeed, anecdotal evidence suggests that not worrying about your health or diet is a common trait of supercentenarians.

The oldest woman to have ever lived took a right long 2 hour nap every afternoon while she was in a nursing home (the last 12 years of her life). She had married young to a wealthy cousin and so had always been free to pursue her passions (like tennis and cycling, the latter of which she was still doing at a century old) and to take care of her body the way she felt was right for her. Certainly most of us do not have these luxuries, but in this way Calment was very lucky.

Calment also did exercises to keep her body fit every day, moving faster than her fellow nursing home residents despite her older age and lack of eyesight in her later years (she was many years their senior even when she first came to live there).

Scans of her brain also showed that her memory was similar to that of someone 30 years her junior, a fact which might have been sustained by her daily habit of doing crossword puzzles, though the author of the research suspected that a high degree of intellect had perhaps been sustained over the years. When her eyesight failed she would listen to the news on radio instead, always keeping her brain active. 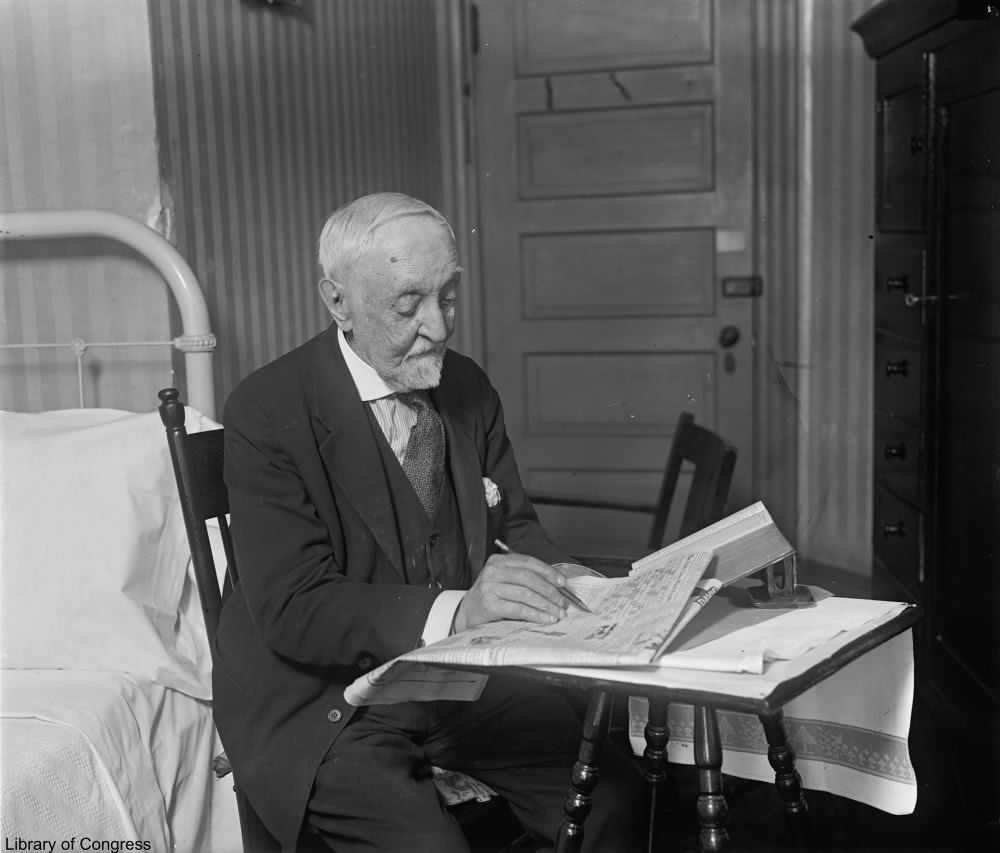 Ambrose Hines, at age 100, shown here in 1925 doing a crossword puzzle. Perhaps there’s something to this? Via/ Library of Congress

There is one more factor which her caregivers said may have been keeping her alive: fame. Calment’s health had been steadily declining since about age 110, but even a few months before her death she was in stable condition. However, at her advanced age, the decision was made to cease press meetings and interviews and it was at that point that she passed away – leading some to suspect that the attention Calment received for her advanced age was somehow life-giving for her.

Was She Really the Oldest Person to Ever Live?

Calment died in 1997 at the age of 122, only using a cane and then later a wheelchair in her final years. There have been others who have claimed to be older, but there has never been a birth certificate to prove it and so Calment remains the oldest recorded person to have ever lived. Scientists estimate that someone living to the age of around 125 is as rare as once every 10,000 years – and that’s under the very best of circumstances. The second oldest woman who has ever lived was 119 when she passed away. 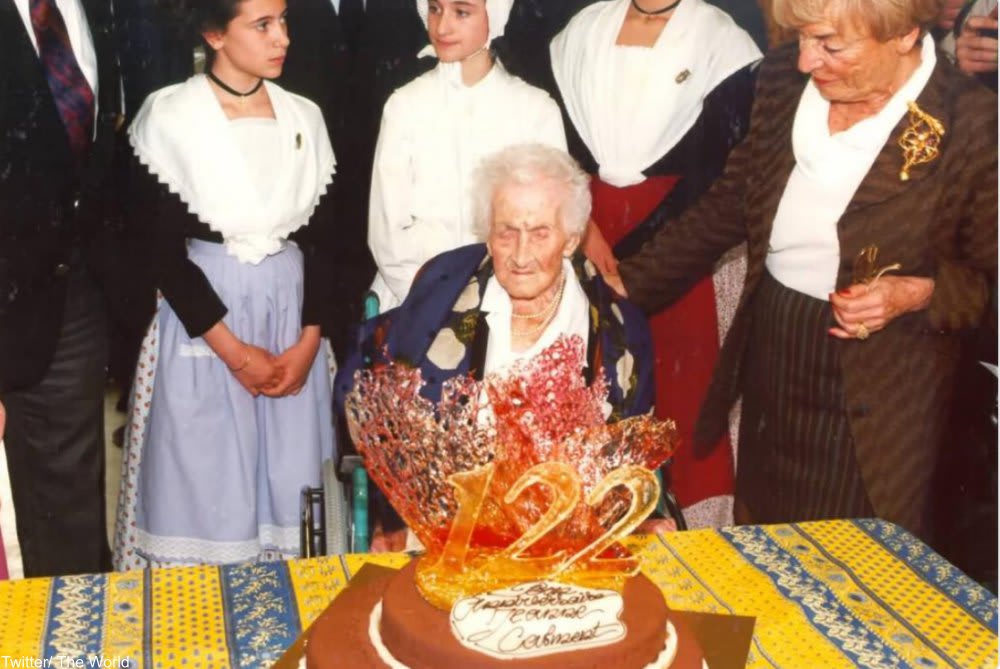 For reference the oldest man to have ever lived, Jiroemon Kimura, was 116-years-old and died in 2013. In 2017 a man in Indonesia, Mbah Gotho, who claimed to have been 146-years-old died at his home, but did not have documents to support his claims.