10 Peculiars of Old Houses We Miss

There’s something to be said for new houses that have fresh finishes and where nothing is broken yet. However, the charm of an old house, with all the cracks and quirks that come with, is something that often outweighs convenience. Depending on where you live or how old your house is, you might have some very interesting features left over from the old days. Sometimes these designs are totally useless today, while many others still serve as well as they did 100 years ago. Have a look at some of the peculiars of old houses that we still kind of miss. 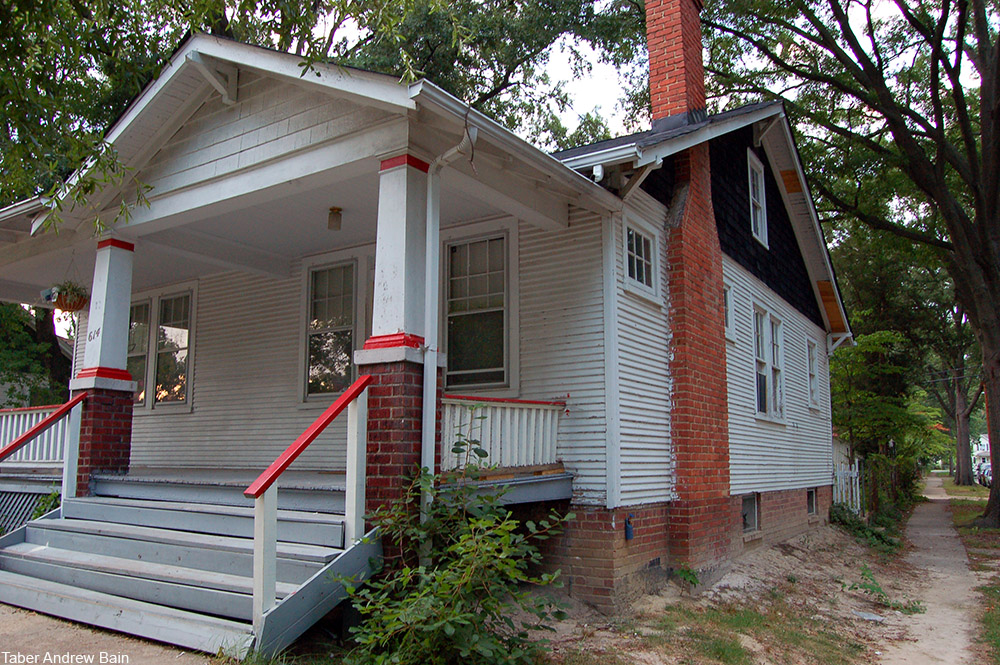 The idea behind these vents was to keep condensation on the plumbing pipes from creating mold inside the dark cabinet. Back in the old days, houses were not nearly so well heated or insulated as they are today, owing to old boilers and a general conservation of funds. That meant that cold water trapped in the pipes could create drips. We don’t miss cold houses, but this little kitchen detail is so charming. 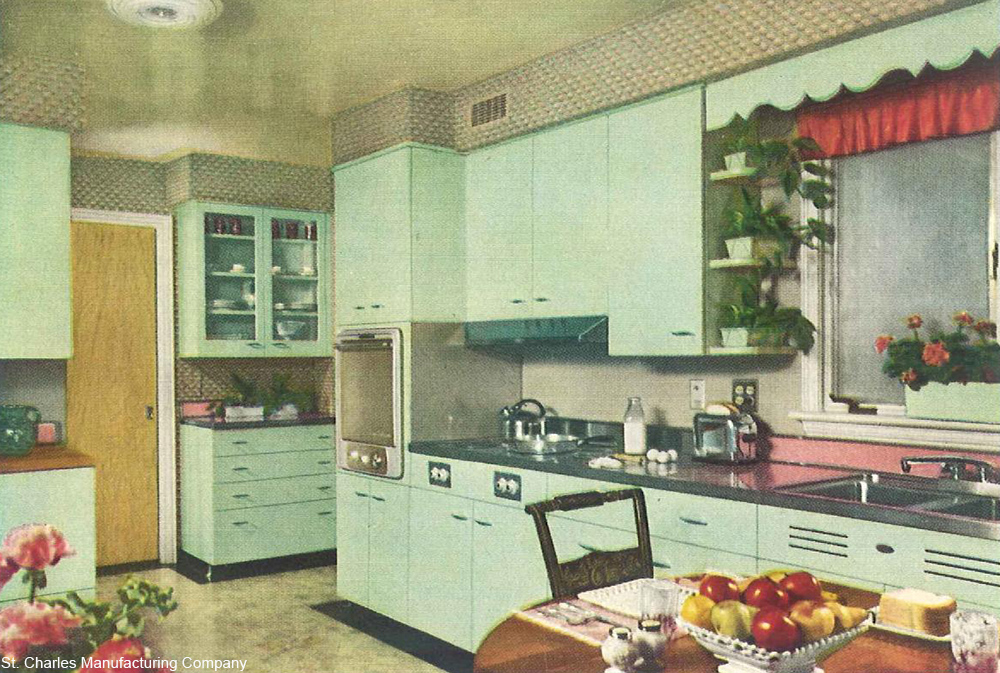 There was a time when houses up and down the block would have had screen doors like these. They are quite fetching, although they aren’t cheap. 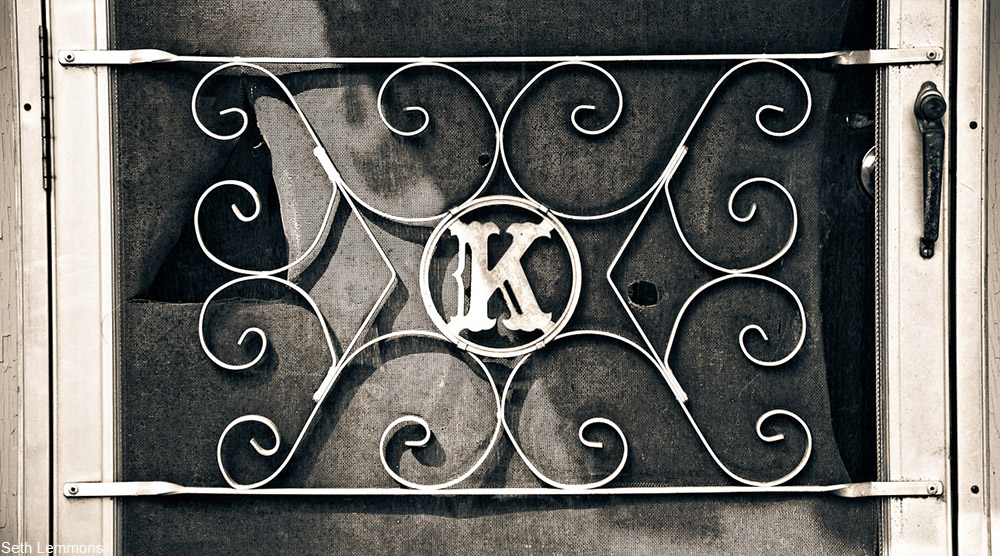 These are said to have been used by steelworkers, miners, and other workers in untidy jobs. For this reason they are often called the “Pittsburg potty”– although they are found all over the U.S. The men would enter through the basement door and then clean up before entering the main part of the house. Sometimes there’d be a door, but often times not and they certainly weren’t finished like the bathrooms upstairs. There is also a theory that in the early days of plumbed cities, a basement toilet was a surefire way to tell if the neighborhood sewer lines were backing up long before the mess could have reached your main bathroom on the first floor. 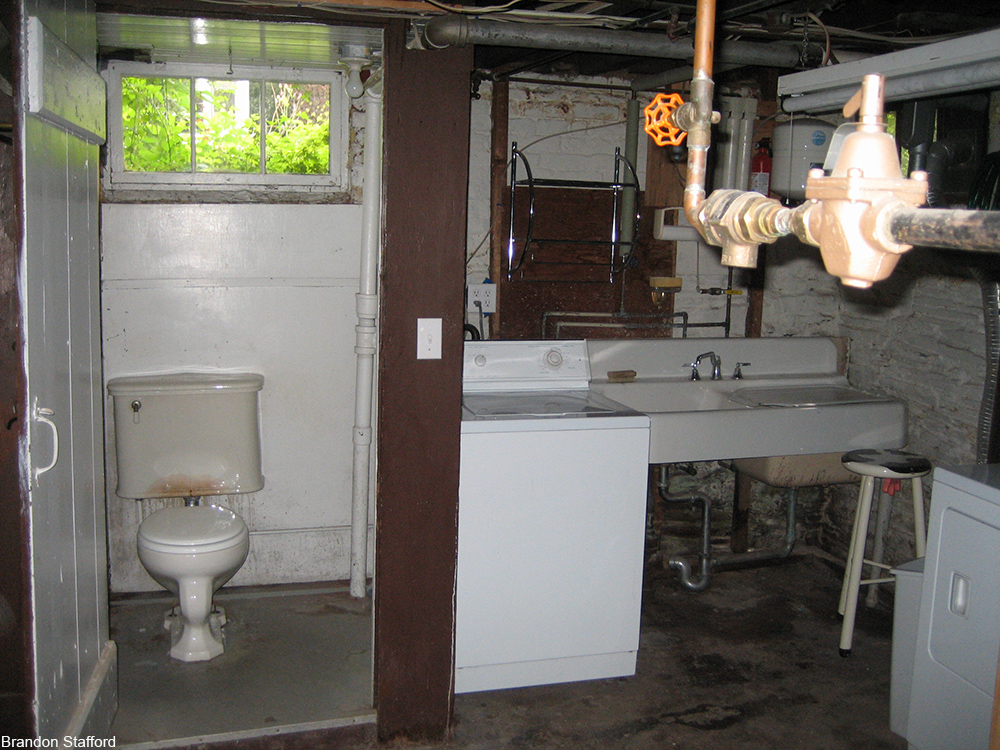 The old fashioned light switches used to be the push-button style. Around the 1930s the flick switch started to become the more popular style of light switch. However, you can still sometimes find old houses that have this kind of switch in a some of the rooms. The “click” sound was so gratifying! 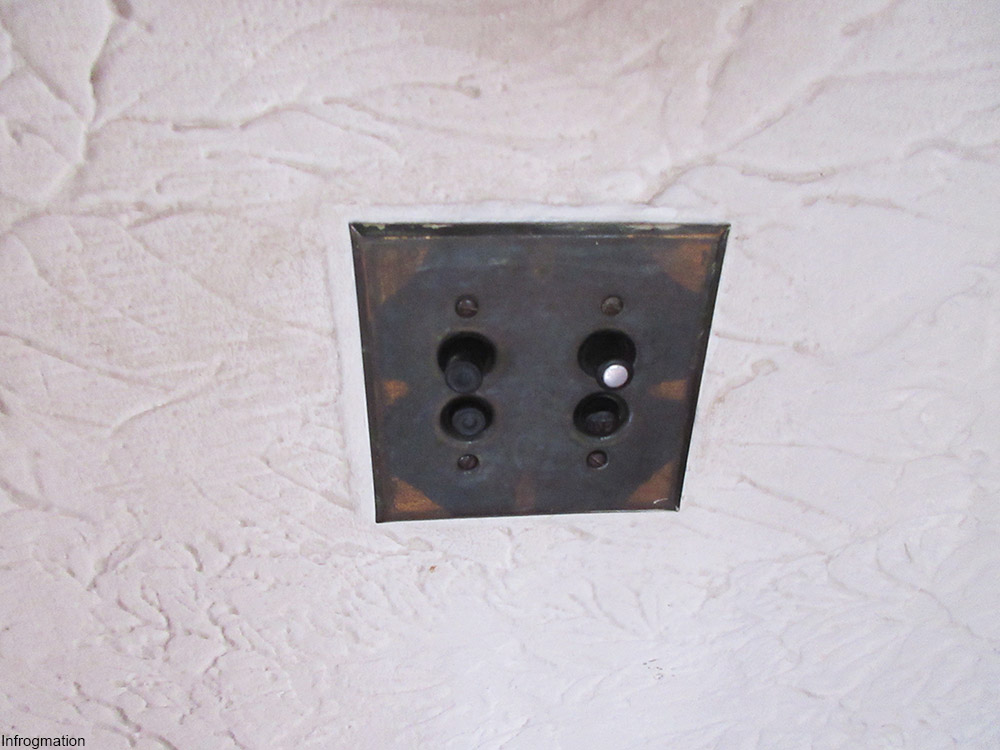 This type of window was great for letting light into bathrooms, hallways, and other rooms. They give a great look and they’re the type of thing you see in old detective movies all the time. It’s the kind of detail you hardly ever see in new construction since old houses and apartments were chopped up in various configurations over the years and transoms were an accommodation to let light in. 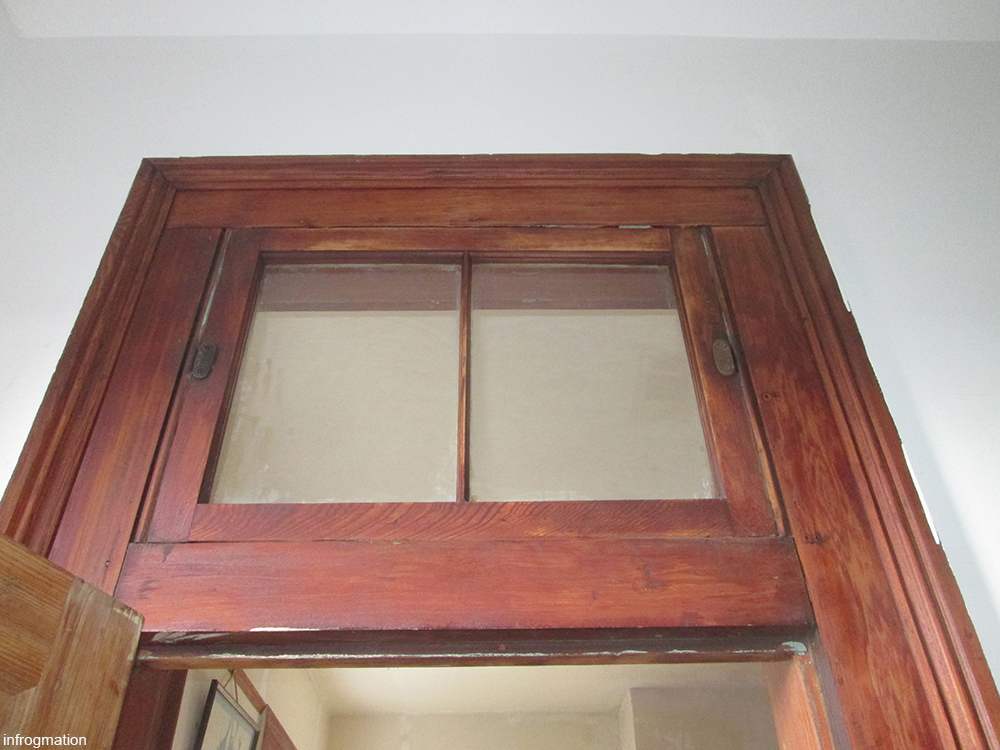 Unlike the flimsy, hollowcore pocket doors that were all the rage in the 1960s and 1970s, the old style of sliding wooden doors were often made from oak and had panels chamfered in pleasing designs. And, the hardware was quite solid as well. This was the type of divider you’d find between the parlor and dining room in an old Victorian house. 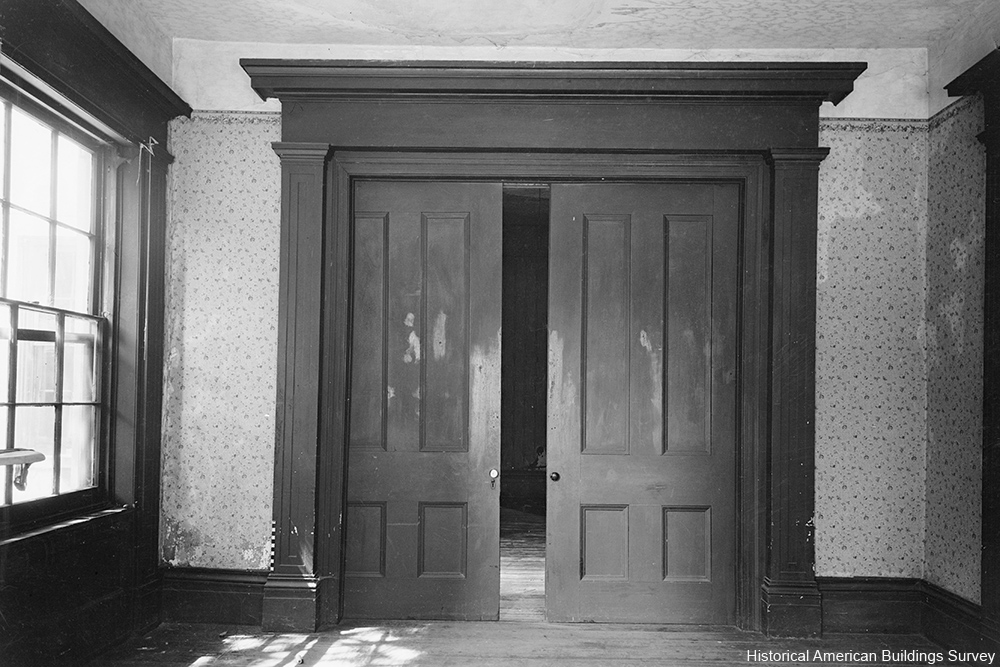 The built-ins from the old days were so useful. Not only did hallways once contain linen closets with drawers, bedrooms also once had built-in wardrobes with shelves, drawers, and hanging spaces. 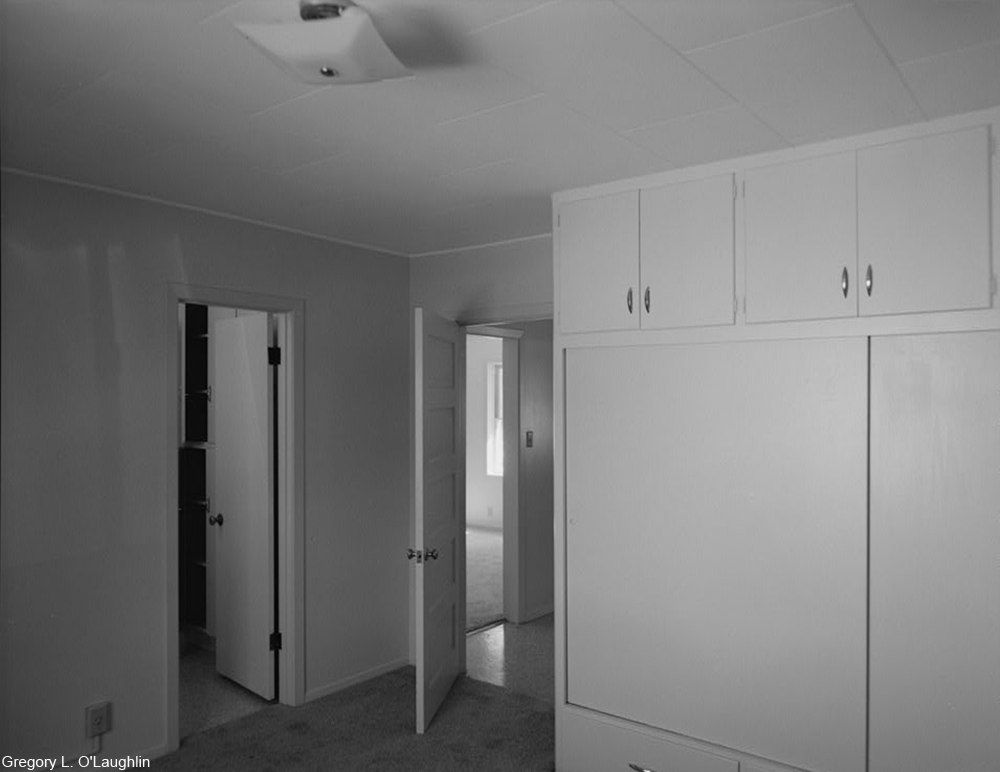 This is by far the most convenient old house feature out there! With a picture rail and the accompanying hooks, you can hang a huge number of pictures without adding a single nail or screw hole into the delicate plaster walls. This is something we wish all houses had! 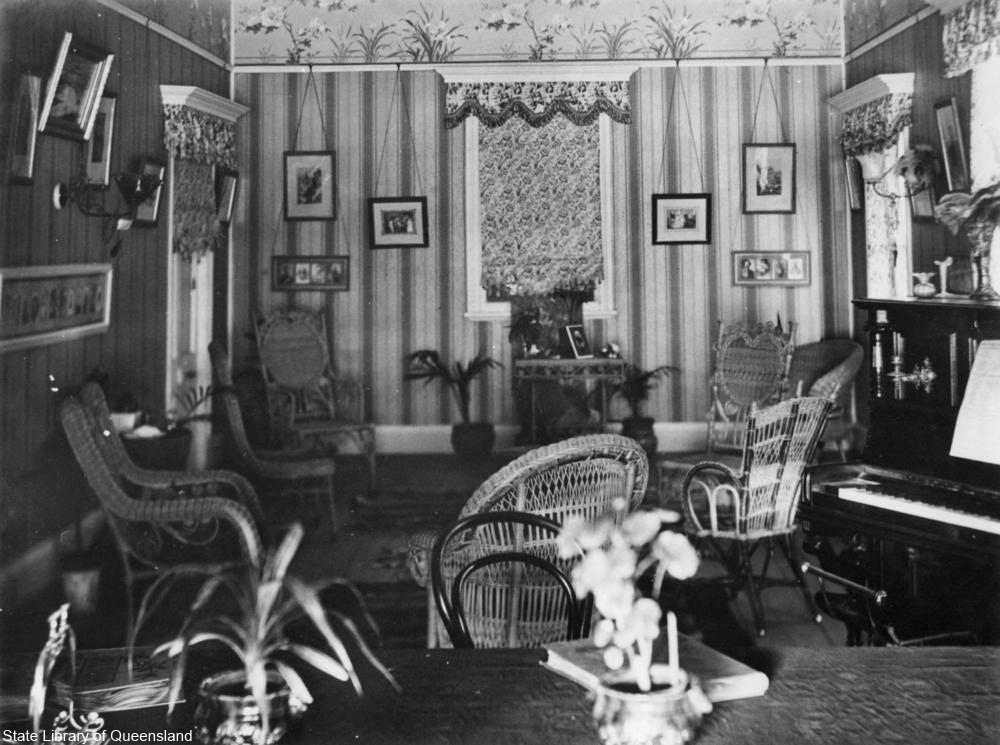 9) Board and Batten Walls

This method of cladding the interior of a room made for a very cozy feeling, something the cheaper wainscoting and other boards of today seek to mimic. 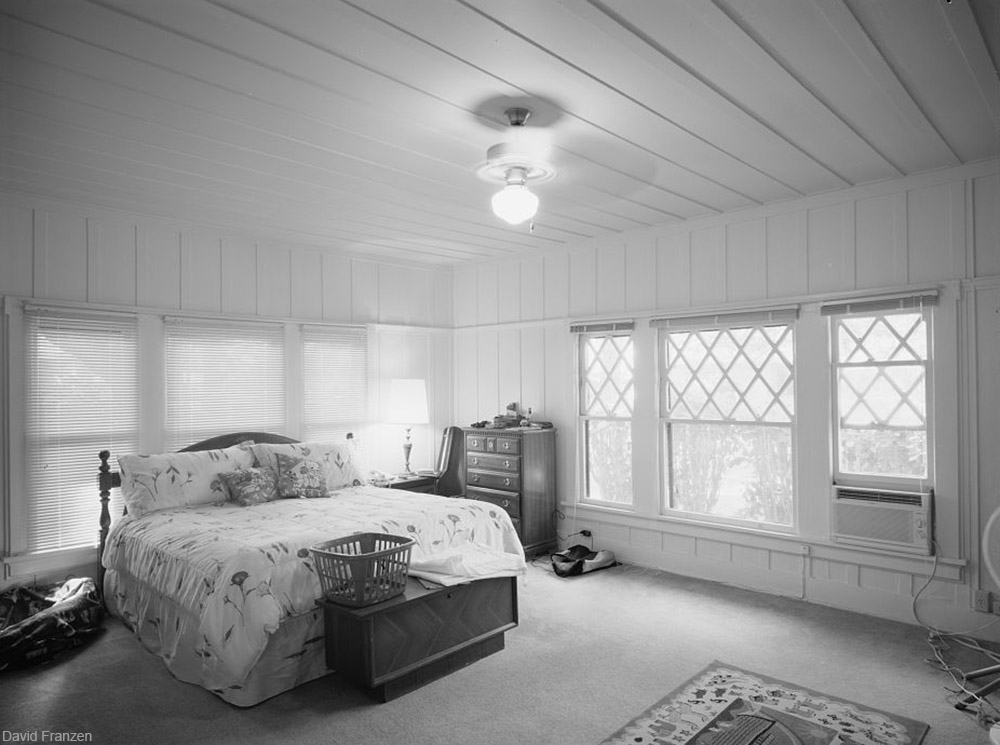 This simple feature of many old homes just always felt so warm and inviting. Too quaint for most modern home designs, it still is one of the features of old houses that often “sells” the property for prospective home buyers. 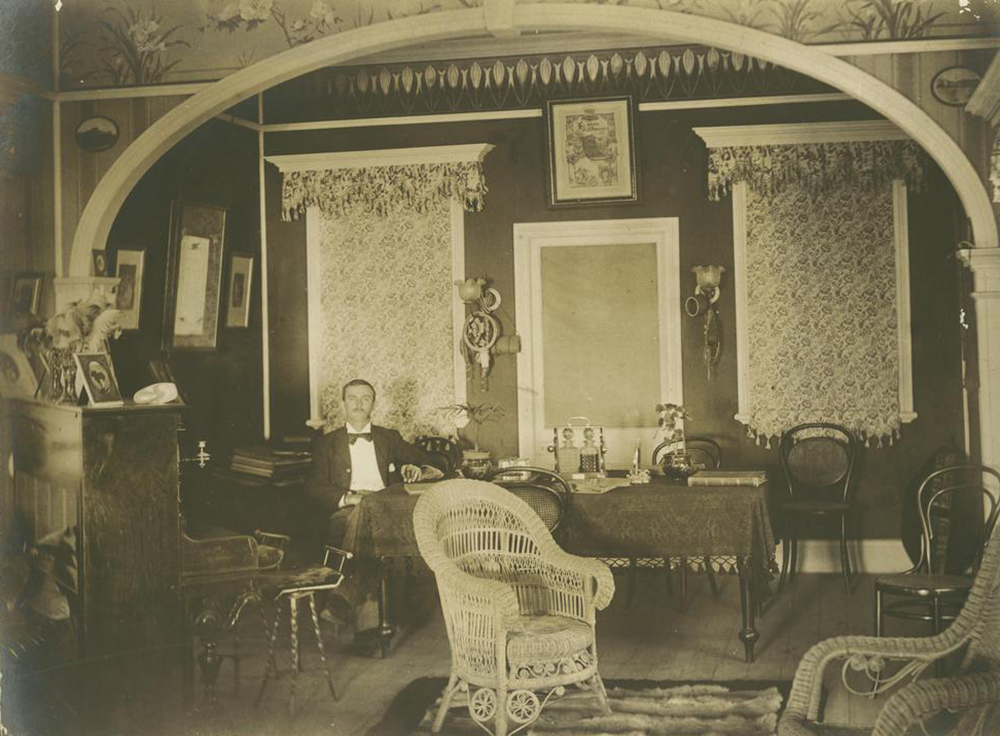