While the Olympics as we know them have been around since the late 19th century, the original Olympic games began in ancient Greece nearly 3,000 years ago. The games were held every four years until Emperor Theodosius banned them in 393 A.D. It wasn’t until 1896 that the first modern Olympic Games began in Athens, Greece, in which 280 participants from 13 nations competed. Since then, we’ve learned to love some events, and consider them Olympic mainstays (such as sprinting, swimming, gymnastics). We’ve also welcomed some new events like basketball, boxing, and volleyball; yet for every good idea, there’s a questionable one. The following 10 events were, at one point or another, part of the Olympic Games.

Although you might think of summer camp when you think about playing tug-of-war, we can actually understand why this would be an Olympic event; it takes considerable strength, strategy, and teamwork to win! From 1900-1920, tug-of-war was a part of the summer games, with clubs from Great Britain, the United States, and Sweden taking home the most medals. 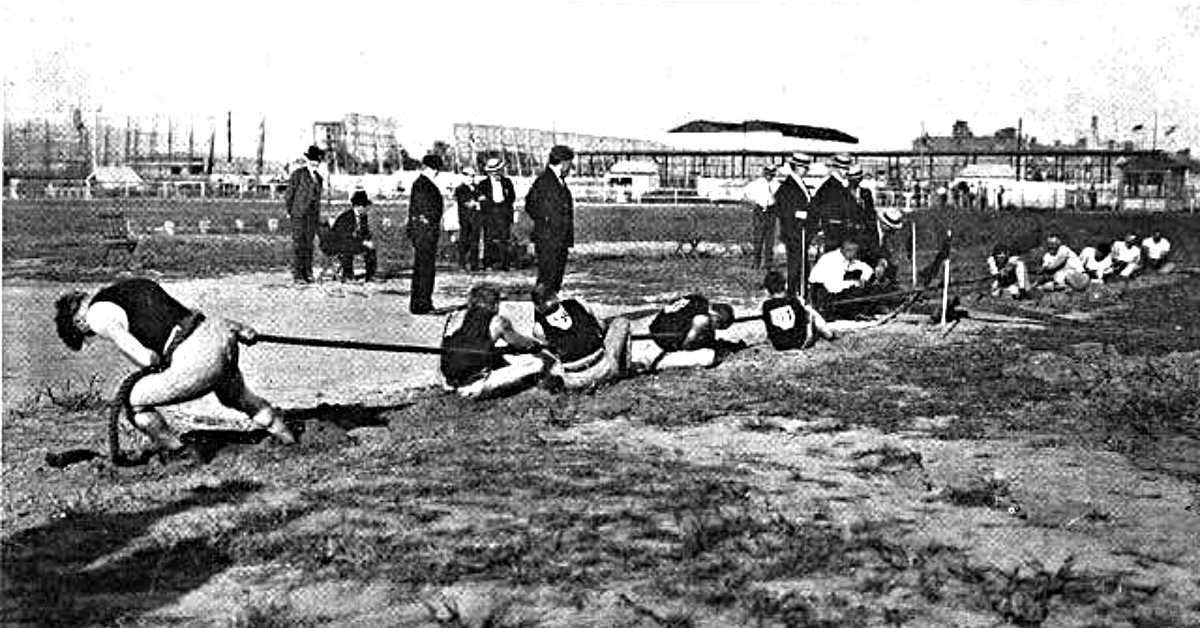 Labeled as an artistic gymnastics event, men’s club swinging was part of the 1904 Summer Olympics. It includes the athlete standing straight up, with a club that looked similar to a bowling pin in each hand. The athlete would then swing and twirl the clubs, winning points on the complexity and rhythm of his routine.

Our research turned up two instances of dueling being a part of the Olympic games. The first was in the 1906 “intercalated” Games, in which duelists would shoot at a mannequin from 20 and 30 meters away. Apparently, the 1908 Summer Olympics in London also offered dueling as an event, but this time the duelists would face off against one another using wax bullets without a powder charge. 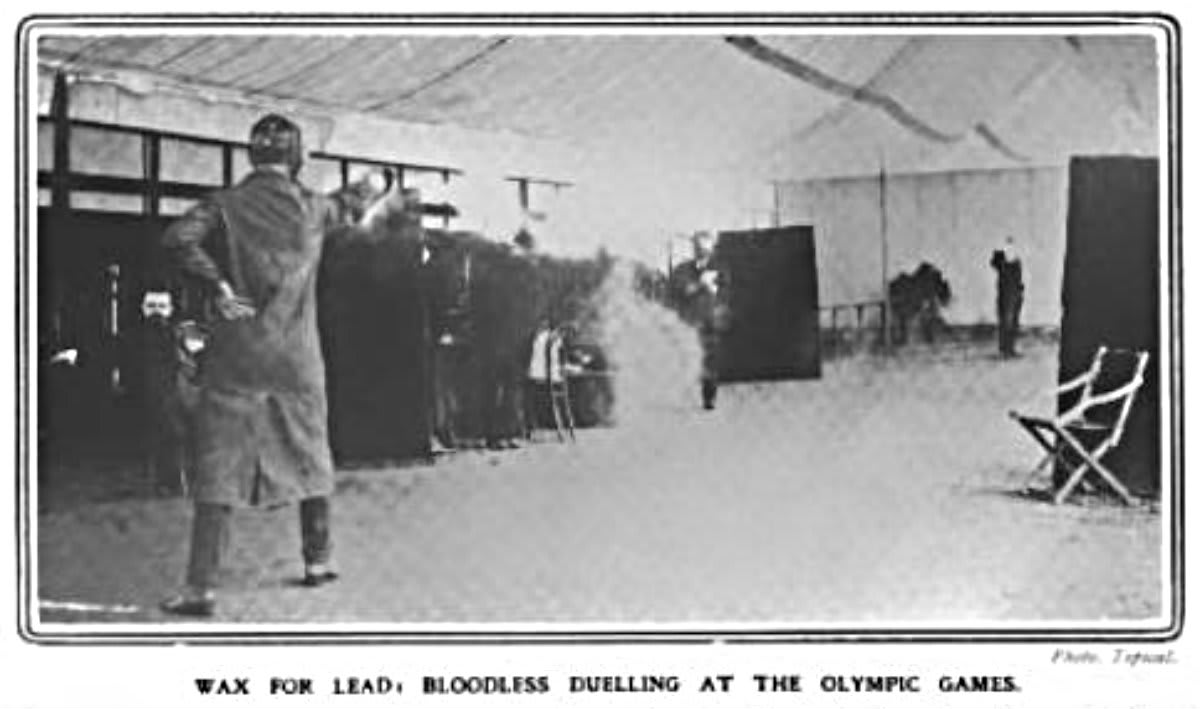